Bollywood actress Kareena Kapoor Khan recently shared a picture of Oscar-winning actress Jennifer Lawrence, who is pregnant with her first child, with a baby bump as the latter attended the premiere of her upcoming film 'Don't Look Up' in New York. The actress took to her Instagram and uploaded a picture in her story where Jennifer can be seen posing with her co-star Leonardo DiCaprio. She wrote "Simply gorgeous" for Jennifer. For the unversed, Jennifer will be welcoming her baby with her art gallerist husband Cooke Maroney. 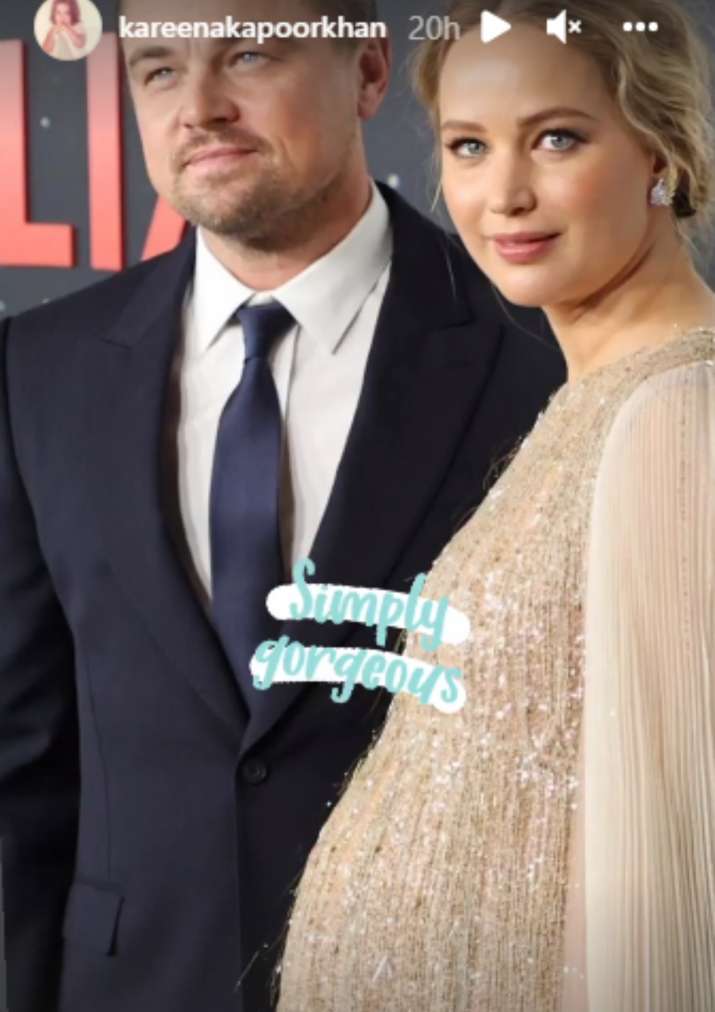 The actress will be playing an astronomer in the film along with Leo as the two attempt to warn mankind of impending doom.

As for Kareena, the actress will return after a brief hiatus with Aamir Khan-starrer 'Laal Singh Chaddha' which is an adaptation of the highly successful comedy-drama 'Forrest Gump' which itself was based on Winston Groom's novel of the same name. ​The release date of 'Laal Singh Chaddha' has been postponed again. The film that was announced to release on Valentine's Day 2022 will now hit the screens on Baisakhi 2022.

Directed by Advait Chandan, 'Laal Singh Chaddha' also features Telugu actor Naga Chaitanya, who is essaying the role of an army officer. The major portions of the film were shot in Punjab and Ladakh.