Alia Bhatt and Ranbir Kapoor jet off to Varanasi for Brahmastra shoot. Check out pictures inside.

Alia Bhatt and Ranbir Kapoor, who will share screen space for the first time in Ayan Mukerji's Brahmastra were spotted at Mumbai airport. The duo headed to Varanasi for the shooting sci-fi trilogy, which is one of the ambitious projects of Karan Johar. While Alia was snapped in thigh-high slit blue dress with white stripes, Ranbir looked uber-cool in a grey hooded sweatshirt and white tee along with track pants. Check out the pictures below 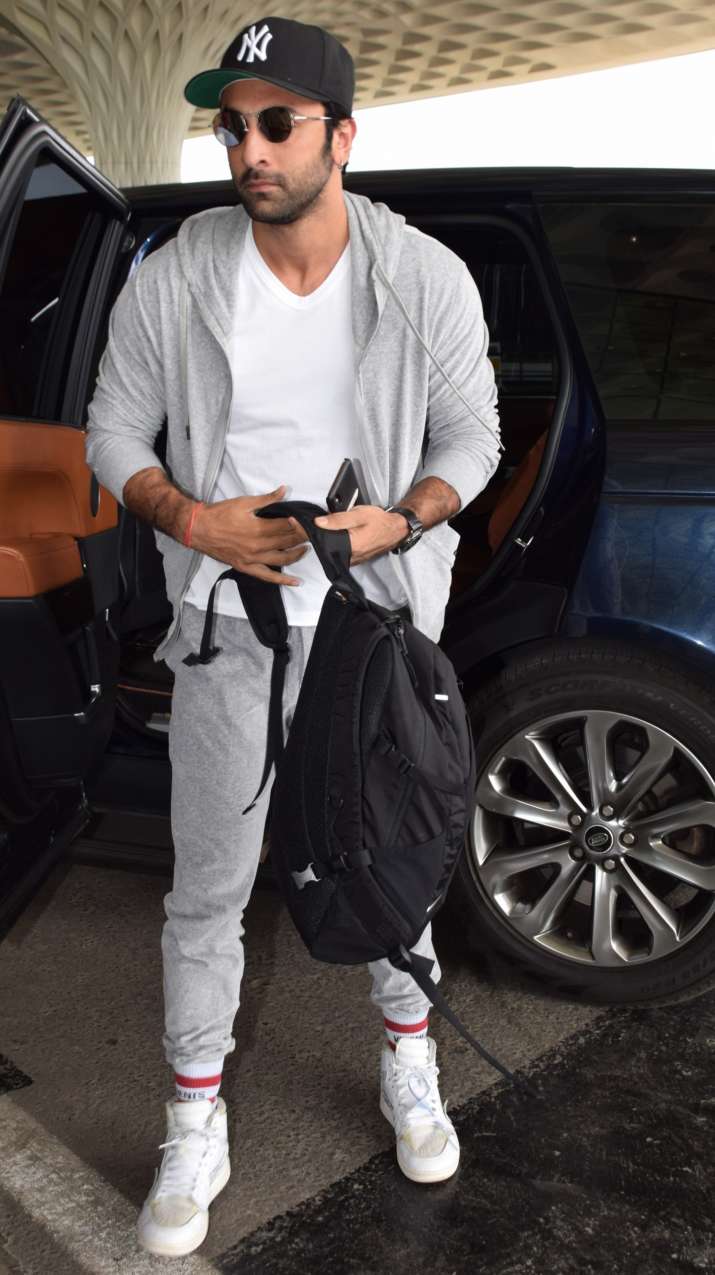 Alia looked fresh as a daisy and was all smiles as shutterbugs captured her in their cameras. She teamed her dress with sneakers and trendy handbag. On the other hand, Ranbir accentuated his airport avatar with cap and sunnies.

Alia and Ranbir are often spotted with each other. From family dinner to award functions, Alia and Ranbir spend time with each other as much they can.The actress recently spent some quality time with Ranbir's family. There are several pictures of Alia with Ranbir's parents-Neetu Kapoor and Rishi Kapoor. This time, Alia had fun with her beau's cousins. You can see Karisma Kapoor, Aadar and Armaan Jain along with Anissa Malhotra. Karisma took to Instagram to share the photo with caption, ''Cousins @therealarmaanjain @aadarjain #ranbir @aliaabhatt @anissamalhotra Missing bebo and saif #onlylove #family''.

Check out the photo below:

Earlier, grapevine was abuzz with rumours of Alia and Ranbir zeroing down their wedding destination while on their Europe trip. When the actress was asked about the same, she laughed off the reports and said, ''Kuch bhi!!... This is rubbish. It was just a holiday. Just like that... People say what they want to.'' Ever since the lavish weddings of Deepika Padukone-Ranveer Singh and Priyanka Chopra-Nick Jonas, fans can't wait for Alia Bhatt and Ranbir Kapoor to take the plunge. However, it seems Alia and Ranbir, who are currently riding high on the success are in no mood to take the wedding vows