Shahid Kapoor is currently shooting for Kabir Singh, which is a Hindi remake of Telugu blockbuster Arjun Reddy. After the completion of Kabir Singh, Shahid will begin a new phase in his life as he is all set to venture into production. Shahid's next project is a biopic on Manipuri boxer Ngangom Dingko Singh. Besides playing the titular role, Shahid will also be producing this Raja Krishna Menon's directorial.

The sports biopic is currently in its scripting stage. It was scheduled to take off January this year, however, due to unavoidable circumstances, the biopic has been postponed. Now, the makers are planning to begin the shoot later this year.

As per Mumbai Mirror report, Shahid has the rights of Dingko Singh's story and he got Raja Krishna Menon on board as director. Now, they will both produce the film. A source informed, ''It’s a difficult script to write, so it has taken time, but it will go on the floors this year. Raja is currently putting the research together with his writers''. The movie will be primarily shot in Manipur, besides Delhi. An international schedule is also on the list.

Shahid spent some time with Dingko Singh last year to understand his journey and life better. For unversed, Dingko Singh won a gold medal at 19 in Bangkok Asian Games in Thailand in 1998. 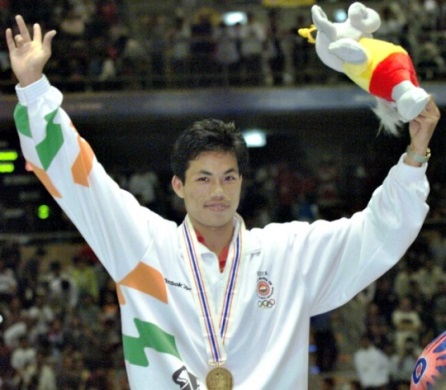 Dingko was raised in an orphanage as his parents had no money to feed him. In 2017, he was diagnosed with bile duct cancer after which he sold his house. His treatment included 13 rounds of chemotherapy.

Shahid will soon start taking boxing lessons from a professional in Mumbai. When Mirror contacted the actor, he chose not to comment. Shahid will next be seen Sandeep Reddy Vanga's Kabir Singh, co-starring Kiara Advani.