Poonam Dubey is mainly known for her item numbers in Bhojpuri films and has acted in popular movies like 'Chana Jor Garam', 'Hum Hai Lootere', 'Mohabbat' and 'Rangdari Tax'.

Poonam Dubey, a well-known face from Bhojpuri film industry, recently remembered her struggling days by sharing a throwback picture on social media. The photograph from 2014 sees a naive and young Poonam Dubey when she just started her filmy career. The Bhojuri sensation also pointed out that she used to have a size zero figure during those days.

Taking to her Instagram account, Poonam Pandey shared the picture with a caption that says, " #size0 #flashback #march #2014 #when #i #started #career #in #bhojpuri #film #industry".

Poonam Dubey, who will soon be seen in Bhojpuri film Himmat, recently wrapped the dubbing for the movie. She will be seen romancing Gaurav Jha in the movie. She shared a photo from the dubbing studio, posing with a mike and headphone. Casually dressed for the occasion, the actress was snapped in a yellow t-shirt and blue denim.

One of Bhojpuri's hottest actress Poonam Dubey is known for her amazing dance moves in the industry. She is very active on social media and keeps sharing her beautiful pictures and videos for her fans. 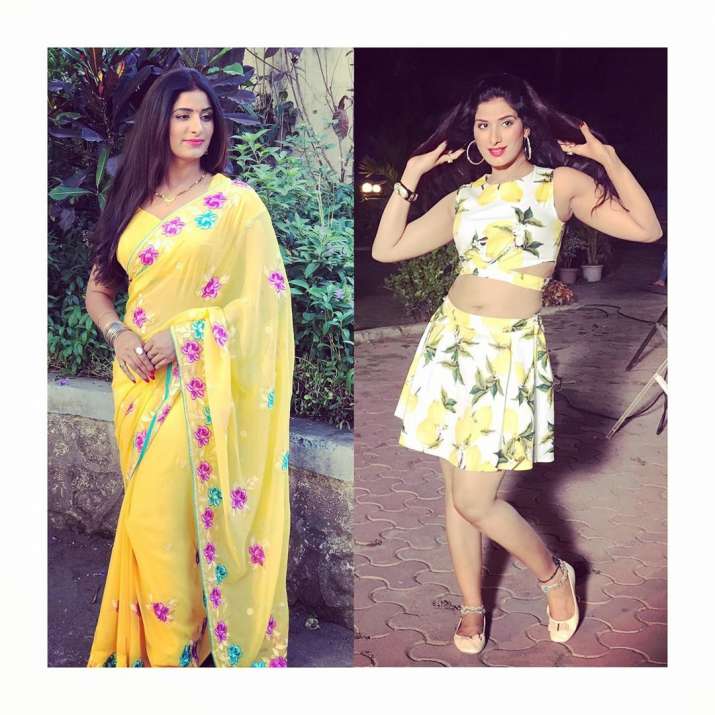