Wings PowerPods is another pair of truly wireless earbuds falling in the affordable price category. Read on my review to know whether or not the pair is a decent one under Rs. 5,000

The 'truly wireless earbuds' segment is arguably a popular one, which has resulted in several companies coming up with their TWS earbuds, following Apple, Samsung, and more companies. One such company is Wings Lifestyle that aims to produce fashionable lifestyle audio accessories for people, that too, at an affordable price tag.

The company recently unveiled the Wings PowerPods truly wireless earbuds and I got a chance to use them and know how well they compare with the other options available under Rs. 5,000. Read on my review know whether or not the pair can be considered as an option.

The PowerPods is an in-ear audio pair with an ergonomic design. The two earbuds are pretty small in size and are accompanied with a wireless charging case. The charging case, however, is slightly heavy for a TWS earbuds’ charging case. Each earbud has the company’s ‘W’ logo that also doubles as the area for all the touch controls. The logo is surrounded by a green LED light that will work when the earbuds are being used. While the LED ring sounds apt when you listening to music in the dark, the constant reminder that there is light in my ear wasn’t exciting for me. 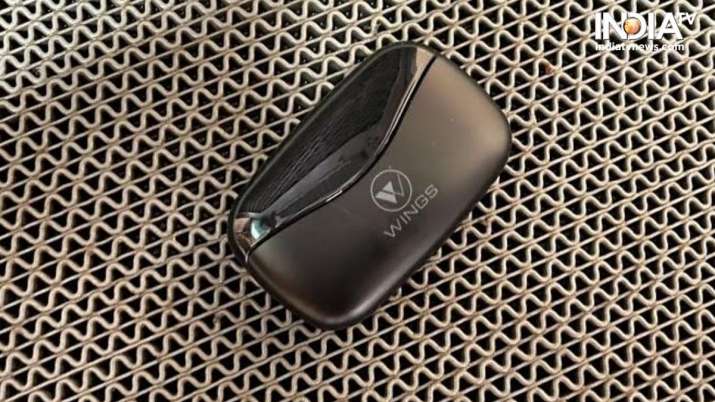 The case is rectangular and has a mini display for the battery percentage (a helpful inclusion), a separate lid area, which when opened will show you the earbuds placed separately, and a small area for charging ports. Now, this is an interesting section as apart from the USB Type-C charging port, there is another port that converts the charging case into a power bank for users to charge other devices. This is undoubtedly the most interesting addition and makes the product stand out. Additionally, the box contains the charging case with the earbuds, the manual, the extra ear tips, and the charging cable. 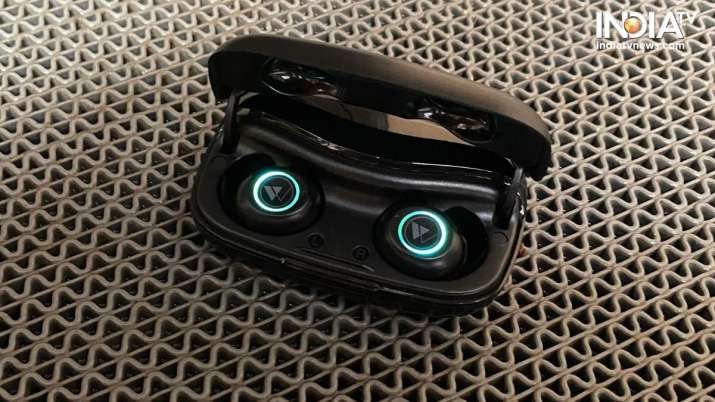 The PowerPods are decently-made and the quality isn’t bad too. The problem lies with the LED ring and the slightly heavyweight of the charging case. But given that it acts as a power bank too, the weight shouldn’t be a problem.

The earbuds come with Bluetooth version 5,0 support and up to 50 hours of playtime support. The case battery capacity stands at 2,500mAh while the earbuds have a battery of 50mAh. The pair has graphene drivers and IPX5 certification for water and sweat resistance. 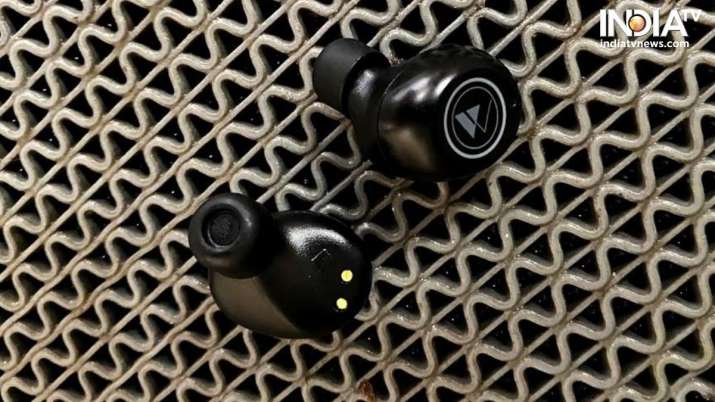 It comes with stereo calling feature and inbuilt HD mic. As for some of the interesting features, the PowerPods come with a charging case that has an inbuilt power bank, auto-connection feature, and touch controls. The touch controls include double-tap on left for previous song, double-tap on right for next song, single-top on any earbud to play/pause, long-touch on left for volume down, long-touch on right for volume up, single-touch to end/take calls, long-touch to reject calls, and triple-tap to enable voice assistant.

The Wings PowerPods are like any other truly wireless earbuds that connect to a device via Bluetooth. The earbuds are compatible with both Android and iOS and connected with ease in less than a minute. All you need to do is enable Bluetooth on your smartphone, open the PowerPod case’s lid, and it will get connected in a few seconds. 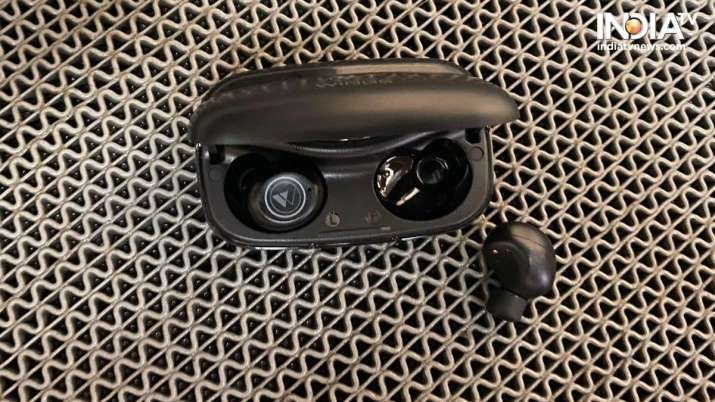 I used the earbuds for the usual work schedule I have and played a number of music genres such as Punjabi, Hindi, English, and even EDM. The earbuds were comfortable to use, even during workout sessions. The audio output, more often than not, was quite impressive. The PowerPods gave out crisp and clear music output and using them to listen to music was a good experience. The music felt well-balanced and could figure out most of the elements of a song. For instance, in the popular song ‘Amplifier’ by Imran Khan, you won’t feel over-the-top bass or treble. This was also the case with various romantic songs and I mostly liked the audio quality of the earbuds, both in low and high volumes. However, for songs like the ‘Give Me Everything Tonight’ by Pitbull, Afrojack, and more, the bass can feel slightly annoying. 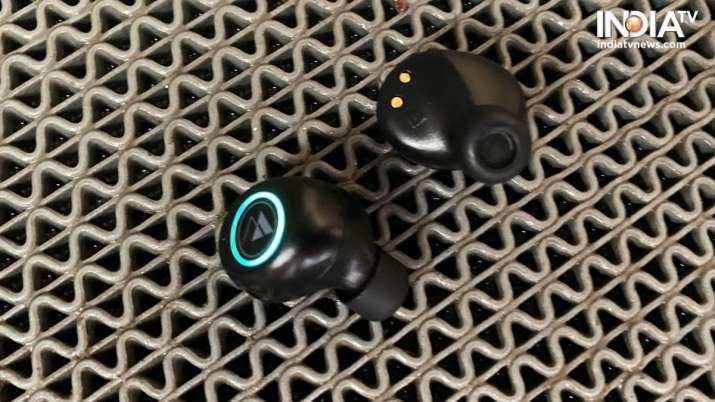 The PowerPods aren’t prone to sound leakage and that’s a good thing. As for the battery, the earbuds lasted for around 4 to 5 days on a single charge with them being used for over 4 hours a day. For the charging case’s ability to charge other devices, I used it just once and it charged my device with ease, although, it took a while to charge it. Among others, the touch controls were decent and worked with ease. You should just need to carefully tap in the centre of each earbud and you are good to go.

The Wings PowerPods, coming under Rs. 5,000, are not bad at all. With a decent audio output, battery life, and the wireless charging case with an inbuilt power bank, this one surprised me to bits. The design is comfortable but the LED ring can feel like a turnoff. Additionally, the bass can feel overwhelming and those who like it that way, won’t encounter any issues with the PowerPods.

That said, the PowerPods is an option you won’t regret buying, especially when it comes for Rs. 4,499.