iOS 14: A giant leap, end of a debate and the 'One More Thing' feel | Beta Experience

Apple has rolled out the Developers Beta version of the iOS 14 and it has been a month since I have been using it on my iPhone 11 Pro Max. Here's what I feel about the latest iOS version.

Apple has rolled out the developers version of iOS 14 and it has been a month since I have been using it on my iPhone 11 Pro Max. Apple has taken a big leap forward with respect to its most popular user interface, the iOS. Anyone watching the WWDC on June 22, where the software was first unveiled, clearly knew that this was not just another upgrade, but something that could change the way people use their iPhones forever.

So first things first, the version of iOS that I have been using is the Developers Beta version and does not, by any means represent the final quality that Apple will put out for the users in September.

A forever ongoing debate between the predominant Apple-Sheeps, and those using Androids, have been that Apple does not give its users room to manoeuvre. The Android users have always flaunted how their phones could change how the interface looks in practically a thousand different ways, something Apple users could not comprehend. Hence the android led the way in customisation.

The debate from the Apple sweeps is that rather than customising the feel for their users, Apple puts more focus on optimising the best possible experience for those who have to use the phone for almost everything, but might not be sure how the most simplified and best use of the interface comes to play. One cannot deny that the standard iOS user interface is by far the easiest to use and most user-friendly phone interface, without any customisations, in the market.

This particular debate may put to rest with what Apple has done with the iOS 14. Now, you can customise your user interface, to some extent, by adding a lot of cool widgets. And trust me when I say it, for a long time Apple user, who has not used any other interface, this is going to be a game-changer.

The Widgets — The ‘One More Thing’ feel by Apple 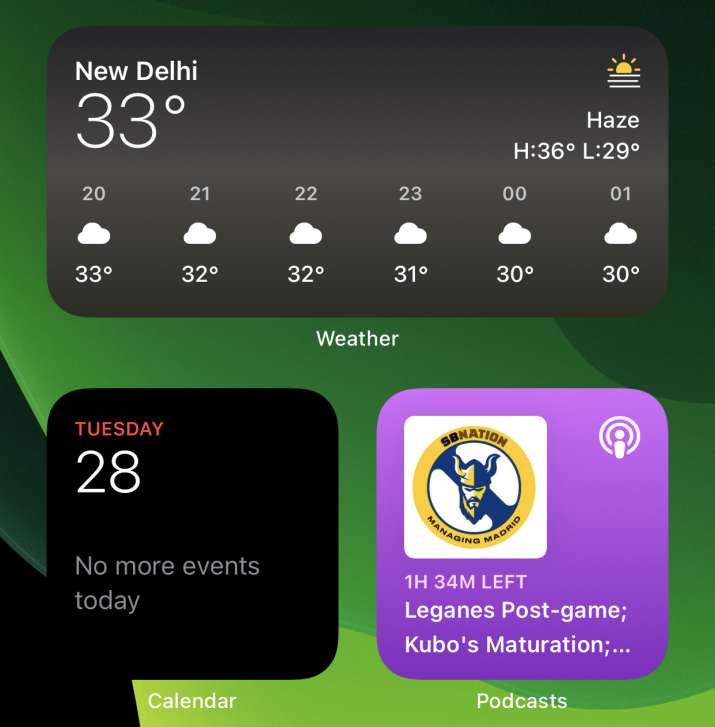 Of all the things that Apple has added to the iOS 14, the most revolutionising, at least from an Apple user’s point of view is the widgets. It is something I call the — One More Thing — feel that Apple has served on a platter to its users. All those who have followed Apple closely over the years know that these words mean a lot when it comes to Apple and I would not want to make a mistake of using this lightly.

But I mean it when I say, the widgets feature is the best update to iOS in ages. Now, you can literally replace the app icons from your home screen and add widgets instead. I for one have used my iPhone for a large part of two weeks without having a single app on my home screen.

The widgets currently include the Apple apps like calendar, stocks, music, photos, but third party widgets are likely to be launched as we move closer to the public launch. Technically the third party widgets already exist on your iPhone but you can not drag them to your home screen.

By now you all already know that the widgets can be added in three sizes and Apple has thrown in the stack widget which makes the whole experience even better.

I reckon this update by Apple is gonna be loved by the devoted iPhone users, much like myself.

The Back Tap hidden feature

One of the most amazing hidden features, which Apple did not talk about while unveiling the iOS is the back tap feature. Now you can customise your phone to perform actions by tapping twice or thrice at the back of the phone. You can set it up for a plethora of options right from taking screenshots to performing a Siri shortcut command. However, this feature is only available on iPhone X or later.

I turned this feature on and used it for about 10 days. I had kept a screenshot for tap twice and speed dial for tap thrice. I did find it a bit out of order as I started having a lot of unwanted screenshots and my phone started calling the speed dial number even when I did not want.

I am sure Apple is working on this and would make it a little more accurate. The feature is great but it just needs some polishing, which we can expect by the time the stable version is rolled out.

The long due features

Apple has finally given the users some long due features which had become a popular demand for years — The call screen update and the picture in picture feature. Apple users will now not see the whole screen on the iPhone occupied with the incoming phone call, while using their phones. Apple has now brought in the notification type view for an incoming call which is great. The picture in picture feature needs no introduction either, it means Apple users will now be able to watch videos from the browser or Apple TV on a small part of the screen while doing other things on their iPhone, a much-anticipated update. 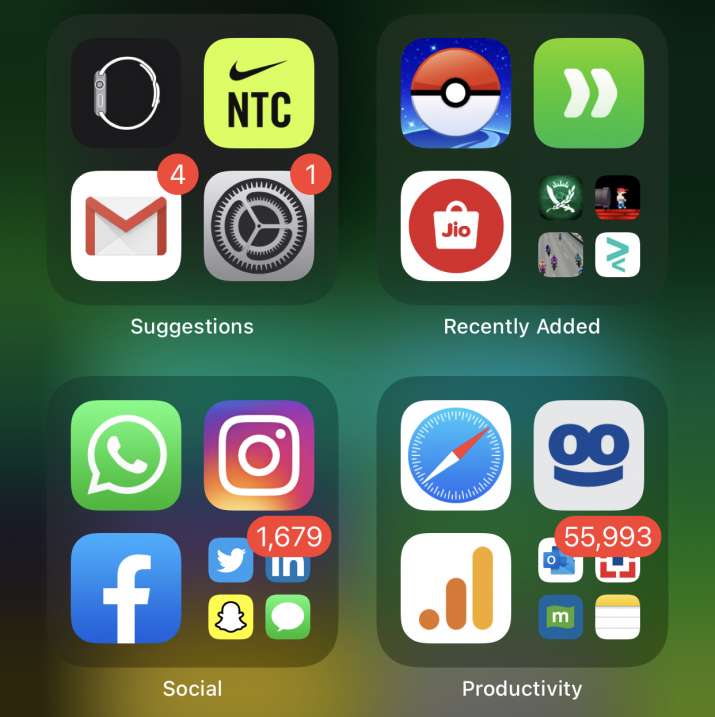 App library is also something that was long-awaited and has finally come to iOS, and it is really helpful. Initially, when one gets rid of the apps from the home screen, it does feel odd. In such times, the app library becomes your best friend as it stacks the apps by category with amazing precision. No more home screen filled with apps for iPhone users, if they so wish.

The iOS 14 is great, as simple as that. It is by far the biggest iOS update since they moved away from their static light blue, grey user interface back in 2012 when they launched the iPhone 5. Apple will work on the little things that can be made better in the iOS 14, but that goes without saying since we are using the beta version and the final version still has a couple of months of wait time.

Apple has provided its users with several customising options. One cannot say that the iPhone is as customisable as Android, but I am not very sure that the iPhone users were looking for that. The right pinch of customisation with the already optimised iOS interface might just do the trick for Apple.