WhatsApp vs Telegram: Which app deserves a spot on your Android or iPhone

WhatsApp is currently one of the most popular cross-platform instant messaging apps. One app that has been gaining its own popularity lately is Telegram. While WhatsApp has a large user-base, Telegram tends to offer more features and allows more participants in a group. But which of the two apps deserves a spot on your Android or iOS device? Let's find out in this quick comparison.

WhatsApp is widely used for making groups of friends, family members, office colleagues and more. While the 256 participants limit might be enough for those needs, it feels short when you want to make a group where you want all your college mates or a channel where you could make all major announcements.

Telegram takes a lead here by offering a group capacity of 2 lakh participants. The app takes it one step further with channels support. In a Telegram channel, one can add multiple participants or send a link of that channel to others in order to allow them to join the channel.

User base is where WhatsApp takes a huge lead. As per a survey in 2018, WhatsApp had 1.5 billion active users whereas in the same year Telegram reportedly had 200 million monthly active users. This means, there is a high probability that only a fraction of your contacts will be available on Telegram whereas WhatsApp will have all your family groups, friends and more.

Telegram has a handy feature called Multi-device support, which allows the user to use the same Telegram account on multiple devices. This also ensures that the user can carry his chats along on the other devices. Lastly, this allows users to use the Telegram web feature on PC even if the phone is not connected to the internet. According to a report, WhatsApp is set to get a similar feature soon. 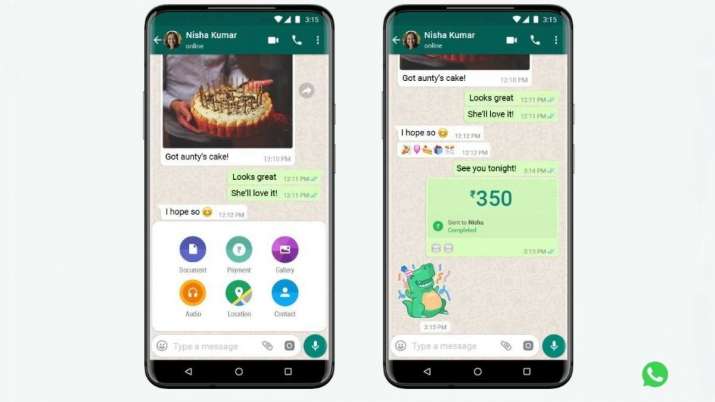 Facebook-owned WhatsApp has finally been allowed to start rolling out its payments service in India. Dubbed, WhatsApp Payments, the feature will take advantage of the UPI-based transactions in order to allow users to make or receive payments. This comes after the National Payments Council of India (NPCI) gave a green signal to the app's payments venture. Such a feature is not available on Telegram as of now.

Also Read: WhatsApp Payments gets a nod to allow users make UPI-based payments in India: How to use on Android, iOS?

In a nutshell, both the messaging apps are great and offer their own set of goodness to the users. Now it’s on the user which app they would like to pick or end up using both the apps instead.