The ABP-CSDS Group opinion poll has predicted that the National Democratic Alliance (NDA) led by PM Modi will get around 274 seats (while in 2014 it got 336 seats and the BJP alone got 282) while that of United Progressive Alliance (UPA) will get around 164 seats. This clearly indicates that NDA will get a second term and for Congress, it’s a distant dream to make a government at the Centre.

The 2019 Lok Sabha elections are less than a year away and all parties have pulled their socks for it. The outcome of the general elections will depend on whether the opposition are able to forget about their differences to unite against Narendra Modi or not and whether the BJP would succeed in appeasing its allies or not.

The ABP-CSDS Group opinion poll has predicted that the National Democratic Alliance (NDA) led by PM Modi will get around 274 seats (while in 2014 it got 336 seats and the BJP alone got 282) while that of United Progressive Alliance (UPA) will get around 164 seats. This clearly indicates that NDA will get a second term and for Congress, it’s a distant dream to make a government at the Centre.

SP-BSP alliance will be a challenge for BJP in 2019 Lok Sabha elections, admits Amit Shah

Under Modi, India’s policies have changed from defensive to defensive-offensive. India’s foreign policy has changed as well. In four years of Modi rule, India has gained greater recognition across the globe. After becoming the PM, Modi invited his counterparts from Nepal, Bangladesh, Mauritius and Pakistan and the Presidents of Sri Lanka and the Maldives for his oath ceremony. This was a master diplomatic stroke to ensure smooth relation with those countries.

Under Modi, the spending on the defence sector was also increased. The 2015 budget expenditure saw an increase of 11 per cent which was higher than the previous years. To boost defence production in the country, he welcomed the move of establishing two defence industrial corridors in Tamil Nadu and Uttar Pradesh. This was to utilise the resources to develop defence manufacturing ecosystems in the region.

Modi has liberalised the Foreign Direct Investment in defence sector, permitting foreign companies to own 49 per cent of Indian units, to boost domestic defence production under the Make in India initiative.

Under the NDA government not only the budget increased but the procurement of new weapons and ammunition has also gone up. The Rafale deal is one such example. The Indian Air Force is in desperate need of multi-role combat aircraft to replace the Soviet-era Migs and Rafale jets can help satisfy the urgent needs of the IAF.

India has even decided to purchase S-400 SAM (Surface to Air Missile) System from Russia which is regarded as the best air defence system in the world and it is believed that it can detect 90 per cent of China and Pakistan’s nuclear missile and can destroy them in the air. The S-400 has four variants however, the Rs 40,000 crore deal includes the purchasing of only two variants, the 40N6, and 48N6DM which has a range of 400 km and 250 km respectively.

Modi has exhibited a stern stand against Pakistan. He has made it clear that the current government won’t tolerate any terror attacks. After the terror attack on Uri, he ordered the then Chief of Army Staff Gen Dalbir Singh Suhag that this attack should be met with a befitting reply. The result was the surgical strikes of September 29, 2016. These strikes were supported by US, Russia, UK. India even conducted a similar operation in Myanmar on June 10, 2015. This again showed the zero tolerance for Modi Government on terror.

However, on the economic front, Modi has been disappointing. When Modi was elected as Prime Minister, he said that his government would create 10 million job opportunities but still unemployment remains a major concern for India and this has widely created a negative image of Modi in the minds of public.

The demonetisation and GST slowed the economy down and this has created a wide unrest in the country. 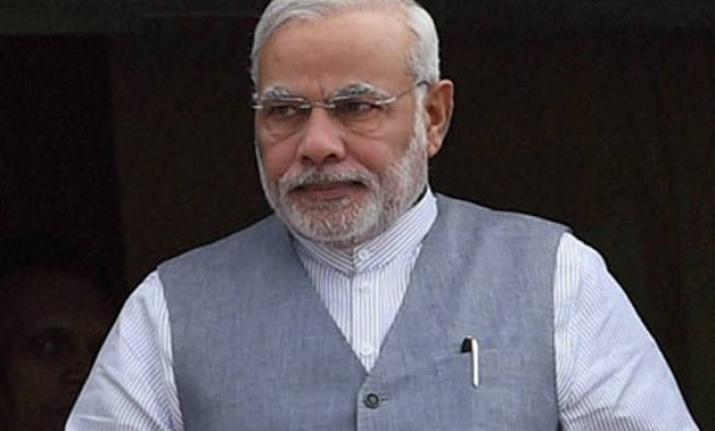 So, the big question would be “will Modi government get a second term?” A lot will depend on the political equations of 2019. Can the opposition set their differences aside and unite against a common enemy and whether the BJP appease their allies or not?

One of the main issues that the NDA could face is ‘infighting.’ BJP’s allies are not happy with the ‘big brother’ attitude of the party and they demand to be respected. In Bihar, Nitish Kumar’s JD(U) has sought the same seat formula that was in 2009 which was 25 seats for JD(U) and 15 for BJP but the BJP now wants a bigger share. Shiv Sena has also been a frenemy of the BJP. The party has been very critical of BJP government at the Centre and in Maharashtra but has also indicated that it can be plied with the right deal.

Looking at the poor bypoll results for the BJP, including its recent show in Kairana, the NDA allies has asked for better coordination from BJP. The solitary attitude might not help BJP in 2019 and would need to change to coordinate with its allies.

Modi’s main enemy is Congress President Rahul Gandhi but still Rahul is not as popular as Modi and some might even think that Rahul is still not ready to be the PM. Moreover, there is no chance for Congress to challenge the NDA alone. The Congress has got support from JD(S). But to defeat the BJP, it would need the support of BSP, SP, TMC and other regional parties. The fact of the matter is no one at present can challenge Modi alone, be it Rahul Gandhi, Arvind Kejriwal, Akhilesh Yadav, Mayawati, Sitaram Yechury or Mamata Banerjee. PM Modi's strong public image in unparalleled.

Nitish Kumar of JD(U) could have challenged Modi but on July 26, 2017 he resigned from the so-called Grand Alliance of Bihar and joined hands with the NDA Government.

A successful grand alliance for 2019 Lok Sabha polls is further unlikely as the opposition parties do not have a common issue against Modi. Some might even think that the only reason they are together is because of the fear of Modi wave and nothing else. Mayawati has already said that if BSP is not given sammanjanak seats (respectable seats), she will pull out of the alliance. The same can be assumed for Mamata Banerjee as well.

Although Akhilesh Yadav might support Congress because in the UP elections he had already said that the alliance was also for the 2019 General Elections.

There are reports that AAP might soon join Congress but as of now, there are no official reports to claim that.

It would be interesting to watch whether these parties will unite or not and even if the Grand Alliance wins the election, whether they would be able to have a stable government or not. One should always remember 1977 when the Janata Party ousted the power Indira Gandhi government but couldn’t last for a full term.

The 2019 result would be interesting to watch, and one can expect a lot of drama till then. There is still a year left but it is quite a bit time, and anything can happen till then.