A storm lashed Agra on Friday for several hours. The wind speed was even measured to be up to 127 kmph. The storm lasted for less than an hour, but it caused sufficient damage to claim 4 lives and injured 30. Taj Mahal took damage due to the storm too.

Marble railing of the main dome took the worst hit. The damage can be seen in the pictures. Stones fell from the railing. Turn style gate suffered damage as well. 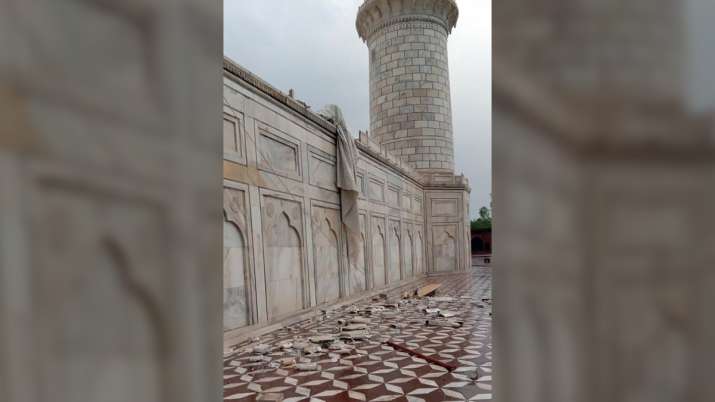 Trees were uprooted in the complex. The green foliage at the Taj Mahal complex took much damage.

Archaeological Survey of India (ASI) officials have rushed to assess the damage done and carry out restoration work if possible. Media reports quoted ASI official as saying that assessment will be completed in a few days.