The fans of popular daily soap Kasautii Zindagii Kay 2 were left excited when they came to know about the new episodes coming up soon. And soon came the good news of the entry of a new actor as Mr. Bajaj. He was none other than Karan Patel who became a household name after his role of Raman Bhalla in Yeh Hai Mohabbatein. His entry has now finally taken place in the show and the teaser of the same was shared by none other than Ekta Kapoor herself. Sharing the video, she wrote alongside, "Everything is just right with Mr. Bajaj as always! Swag level...same as before. Attitude level...same as before. Name - ‘Karan’...same as before... err sorry.. name -‘Rishabh’, same as before! ;). The name is Bajaj.... Mr. Bajaj!

#KasautiiZindagiiKay, Mon-Sat at 8pm only on StarPlus and Disney+ Hotstar bit.ly/KZKHotstar."

The few seconds long video showed Karan in a suited avatar walking towards the camera and promising a formidable force as Mr Rishabh Bajaj. Karan also shared the promo and wrote, "Its always special when I’m working with my most comfortable combination, @ektarkapoor & @starplus ..... #KasautiiZindagiiKay2 #RishabhBajaj." Have a look at the same here:

Just a few days back, we gave a glimpse of the actor's avatar where he was seen in a suited attire, a clean shave look and grey hair. See his pictures here: 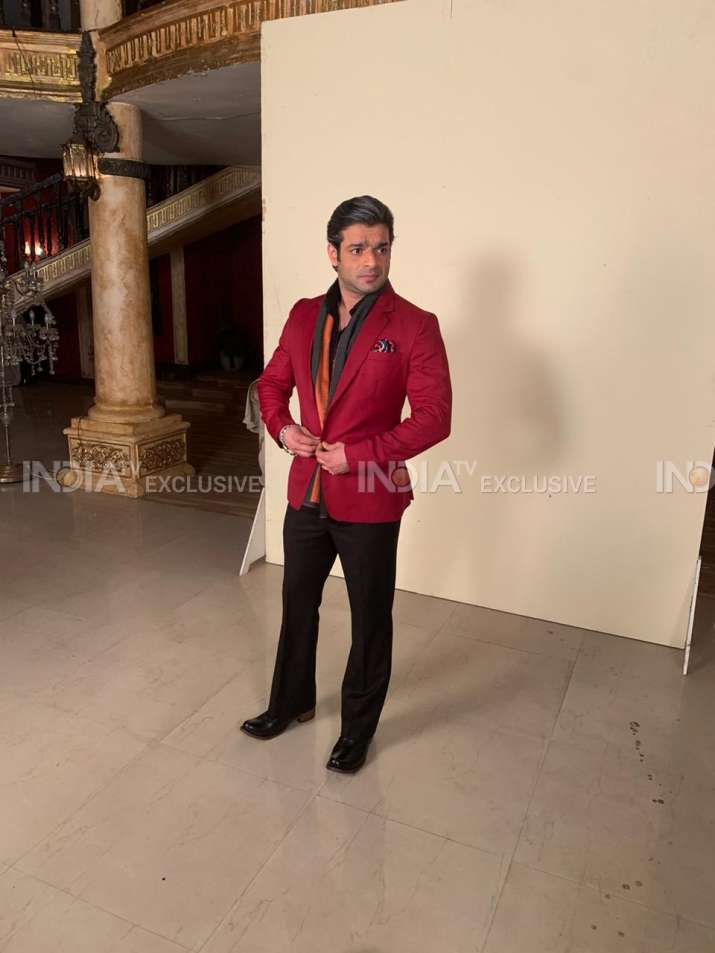 When asked if he will follow the same path like that of Ronit Roy and Karan Singh Grover or follow his own style in playing the role, the actor told IndiaTV, "Every actor brings something or the other of his own to the table so of course, Ronit Da started and was the one who played Mr. Bajaj first, and then Karan Singh Grover came and I am stepping now. I think each one of us has and will bring a touch of their own to the character which obviously will work for the best."

Karan's entry took place after actor Karan Singh Grover, who previously played the role in the show bid goodbye considering the fact that there wasn't much left for his character. However, in the month of February, it came to light that he was again going to make a comeback in the show but everything got delayed due to the COVID-19 lockdown which was announced in the month of March.

The new episodes of the show have come to halt ever since the lead actor Parth Samthaan who plays Anurag in the show tested positive for coronavirus. Sharing the news on Instagram he wrote, "Hi everyone , I have been tested Postive for covid 19 .although I have mild symptoms.. I would urge and request everyone whose been with me in close promitixy over the last few days please go and get yourself tested . The Bmc has regularly been in touch and with the doctors guidance I am in self quarantine and I am grateful to them for all their support . Please be safe and take care."