Malaika Arora is in Dharamshala with her bestie Kareena Kapoor Khan and beau Arjun Kapoor. Malaika took to her Instagram handle to share a glimpse of herself posing with Bebo and Taimur.

Malaika Arora is having a fun time with her bestie Kareena Kapoor Khan and beau Arjun Kapoor in Dharamshala. The actress was there to spend her diwali vacation which also included Saif Ali Khan and little Taimur. We keep coming across pics and videos from their vacation through social media. And once again we came across a cute picture of the Malaika which features her posing with Kareena and her 'tim tim'.

Kareena and Malaika spent their Diwali vacations here as, Arjun Kapoor and Saif Ali Khan have been shooting for ‘Bhoot Police’ in the town. Meanwhile, Malaika's boyfriend Arjun Kapoor too shared a glimpse of her in his Instagarm story. 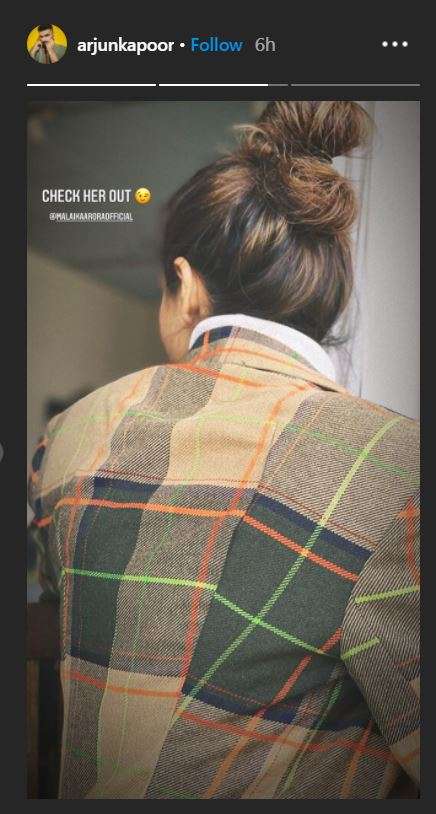 Before Dharamshala, Bebo and Malaika attended pre-Diwali bash together at filmmaker friend Karan Johar's residence. Kareena was seen wearing a grey long kurta with pants. She waved to the paparazzi while making her way to Karan’s home. Taking to her Instagram Stories, she also shared a picture of Karan’s latest children’s book, The Big Thoughts of Little Luv. “Well done my KJo,” she wrote with the picture.

Talking about her Diwali plans, Kareena told Times of India, “Saif is shooting in Dharamshala for a film, and I have never been there, so Taimur and I will join him there. We are actually looking forward to setting out. It will be great to travel to the mountains and spend time in the open air and sunshine. It’s been a year where we had to be at home for a long duration. So, going to Dharamshala and being there for a few days will be great.  We plan to keep it very quiet and spend as much time in the open as we can. It’s obviously not going to be a big Diwali, and I am very happy with that, I would rather have it small this year. ”