KRK thanks Arjun Kapoor for calling him, says 'you are only real MARD' of Bollywood

After the goof-up about Govinda, actor turned film critic Kamaal R Khan aka KRK took to Twitter to thank another Bollywood actor Arjun Kapoor and revealed that the 'Ki & Ka' actor called him. KRK has been in the headlines after Salman Khan's legal team filed a defamation case against him.

After the goof-up about Govinda, actor turned film critic Kamaal R Khan aka KRK took to Twitter to thank another Bollywood actor Arjun Kapoor and revealed that the 'Ki & Ka' actor called him. He also mentioned that he had a 'long discussion' with Arjun and called him the 'real mard.' KRK has been in the headlines after Salman Khan's legal team filed a defamation case against him. KRK has been actively throwing dirt on Bollywood and asking others to stand up in support of him.

Talking about Arjun Kapoor, KRK tweeted, "Thank you so much @arjunk26 Bhai for your call and long discussion. Now I understood that you are only my real friend in Bollywood. And you are only real MARD who is not scared of anyone. Now I will never ever criticise your film."

Earlier, KRK thanked 'Govinda Bhai' in one of his tweets which stirred a storm on the internet as Salman Khan's fans expressed their disappointment in actor Govinda for supporting KRK. However, on Friday, KRK clarified he was talking about his friend Govinda and not the actor.

He tweeted, "Please note Mr. Govind Arun Ahuja @govindaahuja21, I didn’t tag you because I was not talking about you. I was talking about my friend, who’s real name Govinda. So I can’t help if media people make news about you."

Issuing a clarification on KRK's misleading tweet, Govinda said, "I read some media reports about me backing KRK. I am not in touch with KRK for years altogether -- no meetings, no phone calls, and no messages. It could be some other person by the same name as I am not being tagged in the tweet. In fact, the self-proclaimed critic had spoken and written unfit statements about me and my movies in the past"

He added, "I do not even know in depth the exact problems between Salman and KRK but my name has been dragged in the matter. A similar attempt was made by another film critic Komal Nahata who also took my name in an issue concerning Kartik Aaryan losing a couple of films. Both the attempts seem like an agenda by a demented mind aimed to create nuisance amidst the unprecedented pandemic times." 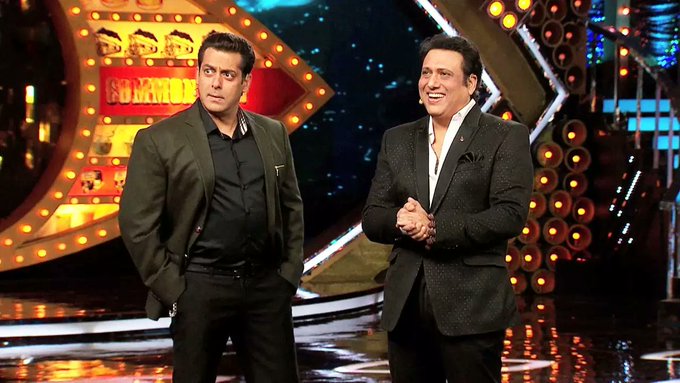 For the uninitiated, Salman filed a defamation case against KRK following the release of his new film "Radhe". While KRK has claimed the suit was an outcome to his review of the film, Salman's legal team has declared the defamation case pertains to personal attacks, particularly comments KRK made about the star's NGO, Being Human.