Anushka Sharma seems to have finally returned to the Mumbai after having spent months in England with newborn daughter Vamika and Virat Kohli.

Bollywood actress Anushka Sharma seems to have finally returned to the bay after having spent months in London. The actress Sharma was in England with her daughter Vamika to support her husband Virat Kohli during his five-match test series. After being back, Anushka was quick to hit the gym with much enthusiasm. She dropped a selfie after an intense workout session. Sporting neon athleisure, Anushka posted the selfie in her Instagram story on Wednesday.

Earlier in the day, Anushka shared an image of the Arabian Sea, from her sea-view apartment in Mumbai. Anushka had accompanied husband Virat Kohli and after spending three months there. The family then headed to the UAE for the ongoing Indian Premier League. 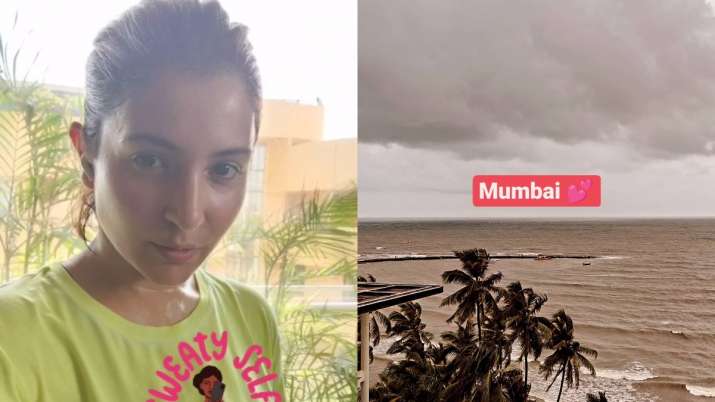 Anushka had posted a series of pictures featuring Virat Kohli getting candid on the streets of England. The series of photos, as well as the caption, had Anushka jocularly referring to Virat as a fan who's chasing her for a picture. "Was just casually prancing around town. Running a hand through my hair. A fan spotted me. I obliged for a picture. He seemed happy. Anything for my fans! Photo taken by another fan -- @cloverwootton," she wrote as the caption.

On the professional front, Anushka has two films in the pipeline. She will be seen in Navdeep Singh's "Kaneda", and a biopic of cricketer Jhulan Goswami. The actress was last seen in the film "Zero" in 2018. She produced the web series "Paatal Lok" and the film "Bulbbul" for OTT last year.

Malaika Arora's last message to Arjun Kapoor is all about love, reveals she doesn’t like 'too chikna' men