Jonas Brothers including Nick Jonas, Joe Jonas and Kevin Jonas marked their presence. However, except Priyanka Chopra Jonas, the two of the better halves Sophie Turner and Danielle Jonas were also with their husbands during the VMAs.

2019 MTV Video Music Awards popularly known as VMAs were held today at Newark in New Jersey, USA. The best from the music world made it to the eventful evening and several of them even won many awards. One of the most awaited moments of the VMAs was the much-awaited reunion of the Jonas Brothers. The boy band who came back together this year performed for the first time in 11 years at the VMAs.

Jonas Brothers including Nick Jonas, Joe Jonas and Kevin Jonas marked their presence. However, except Priyanka Chopra Jonas, the two of the better halves Sophie Turner and Danielle Jonas were also with their husbands during the VMAs. At the awards, Jonas Brothers won Best Pop Award for their comeback song 'Sucker'. When the winners were announced, Joe and Kevin rushed to kiss their respective partners Sophie and Danielle, while Nick was all smiles. It was visible that he was missing his loving wife PeeCee during his winning moment. 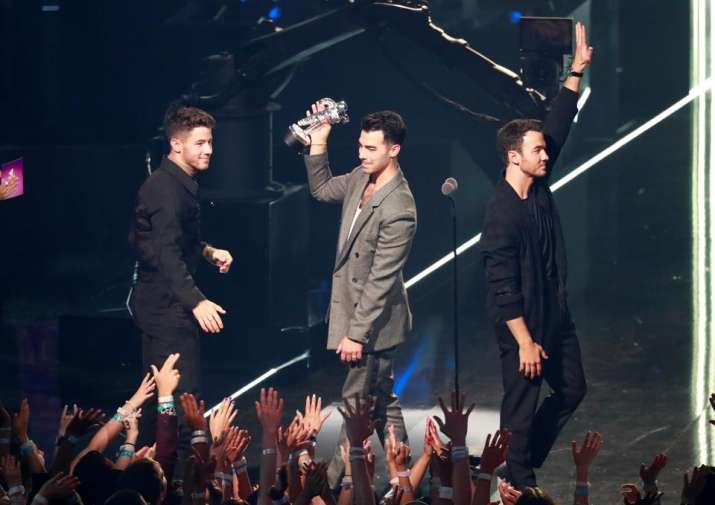 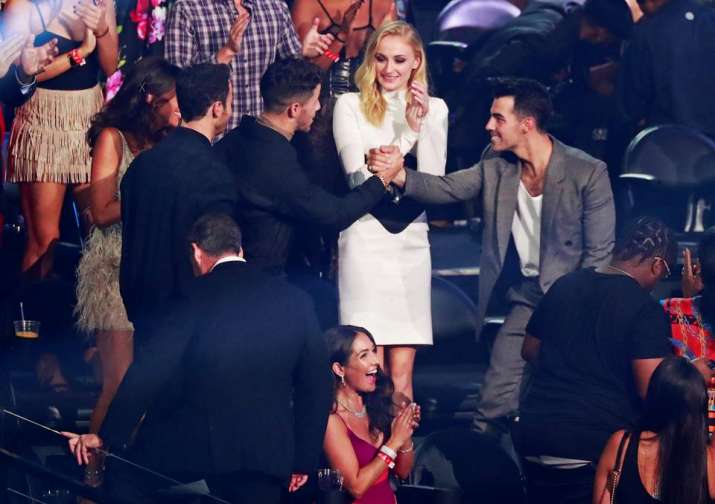 Ariana Grande and Taylor Swift lead the nominees with 10 nods each, closely followed by Billie Eilish and Lil Nas X with nine and eight nods, respectively. But tonight isn’t just about being nominated—it’s about winning, and it’s anybody’s game when the aforementioned four are challenged by the Jonas Brothers and 21 Savage for the top prize, Video of the Year.

Best pop video!! Thank you! We have the best fans in the world for voting for sucker! A win like this in our home town means the world. #vmas

Swift and Grande went into the ceremony in Newark, New Jersey, with a leading 10 nominations each. With Grande on tour in Europe and absent from Monday’s show, Swift provided the opening act with a rainbow-themed performance of her pro-LGBTQ single You Need to Calm Down from her new, and already best-selling, album Lover.