Ranbir Kapoor is mirror image of Rishi Kapoor in this throwback photo. Seen yet?

Have you seen this throwback picture of teenage Ranbir posing with late actor Rishi Kapoor?

Ranbir Kapoor is the ultimate heartthrob of the nation. It has been more than a decade since his debut in Bollywood but his charm hasn't faded a bit. In fact, it has grown many folds over the years. Lately, we got our hands on a throwback picture of Ranbir from his teenage days. With this picture, we came to know where he got his good looks from. Of course, his father Rishi Kapoor. If there is anyone who can match up the charm and good looks of the late actor is none other than his son Ranbir.

Check out the photo below: 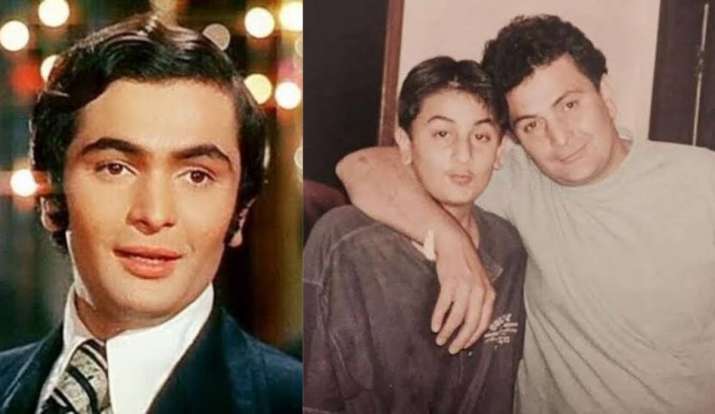 Rishi Kapoor breathed his last on April 30 after a two-year battle with leukemia. The 67-year-old actor was admitted to Sir H.N. Reliance Foundation Hospital in Mumbai where he succumbed to his ailment.

On a related note, Ranbir is currently dating Alia Bhatt. The actress was with Ranbir and his family throughout their difficult time. Mourning the demise of Rishi Kapoor, Alia shared a poignant eulogy on social media after his death. “What can I say. About this beautiful man... who brought soo much love and goodness into my life. Today, everyone speaks of the legend that is Rishi Kapoor... and though I’ve known him like that all my life... for the past two years I’ve known him as a friend, a fellow Chinese food lover, a total cinema lover, a fighter, a leader, a beautiful storyteller, an extremely passionate tweeter and a father! In these past two years the love I have received from him is like a warm hug that I will always cherish! I thank the universe for giving me this opportunity to know him... today probably most of us can say he is like family - because that’s how he made you feel! Love you, Rishi Uncle! Will miss you forever! Thank you for being you,” Alia wrote.