Realme X2 Review: The near-fair maiden of the budget segment

Here's the review of the recently-launched Realme X2 in the budget segment.

In a short period, Realme is now one of the companies known for making good-specced budget smartphones that offer high-end features. Being in direct competition with Xiaomi, Realme has evolved from being an OPPO sub-brand to a standalone smartphone maker, especially for the Indian users. One such Realme smartphone is the recently-unveiled Realme X2 with various highlighting elements.

Coming with 64MP quad rear cameras, an in-display fingerprint scanner, a gaming-focused processor, and more, the Realme X2 appears to be a perfect deal. However, is it really a perfect deal? Read on my review to learn more. 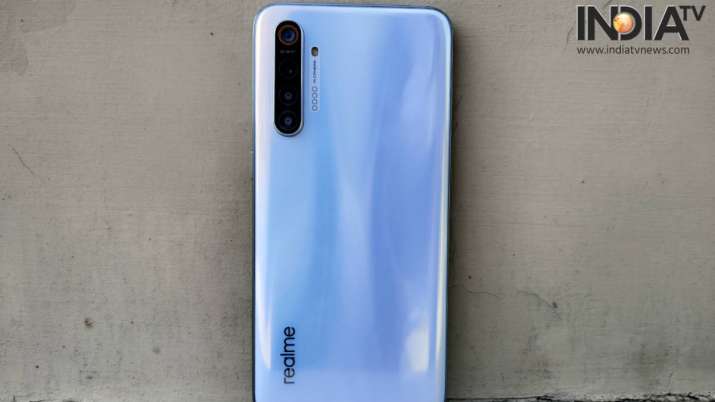 The Realme X2 is a sleek and lightweight smartphone, which proves quite comfortable in the hands. The smartphone, without a doubt, has good looks and doesn’t appear cheap, although the price tag is quite inexpensive. 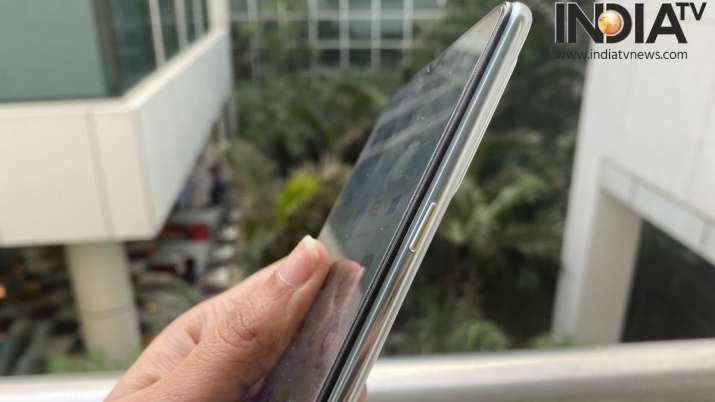 The build quality is more than decent and shows Realme’s evolution in terms of design since its first launch. However, given that the Realme X2 Pro was below average in terms of design, I expect more from the company for its expensive devices too.

It comes in three colour options: Pearl Green, Pearl White, and Pearl Blue, out of which I got the white colour option. I used a white smartphone after a really long time and this one attracted me a lot, clubbed with the rainbow effect seen at the back of the device in different angles. 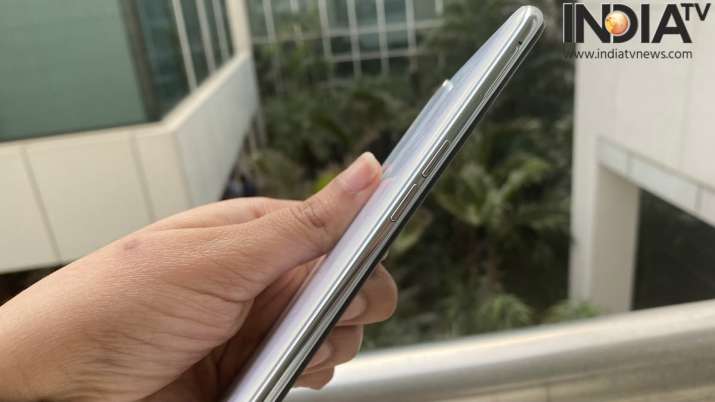 The Realme X2 has a quad-camera setup at the back, which is placed in the top left corner. The vertical camera module has an LED flash next to it with ‘AI Camera’ written along with it. Going down the left side trail, the device has the usual vertical ‘Realme’ branding. Upfront, the device has a bezel-less display with a waterdrop notch in the middle. 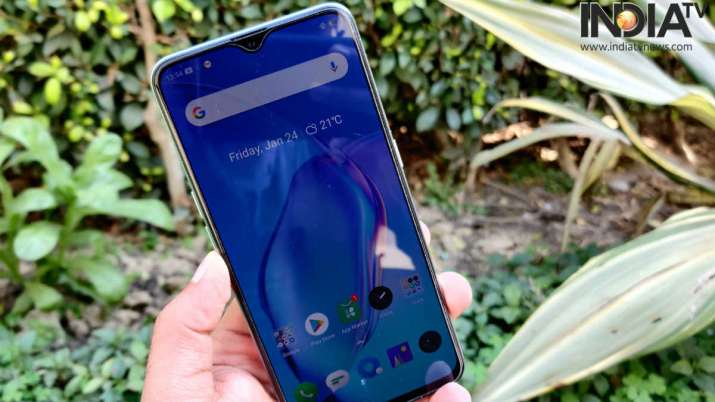 The right side of the device has the power on/off button, while the left side has the volume up and down buttons. The head of the smartphone has nothing and the bottom part has a speaker grille, USB Type-C port, and a 3.5mm audio jack. 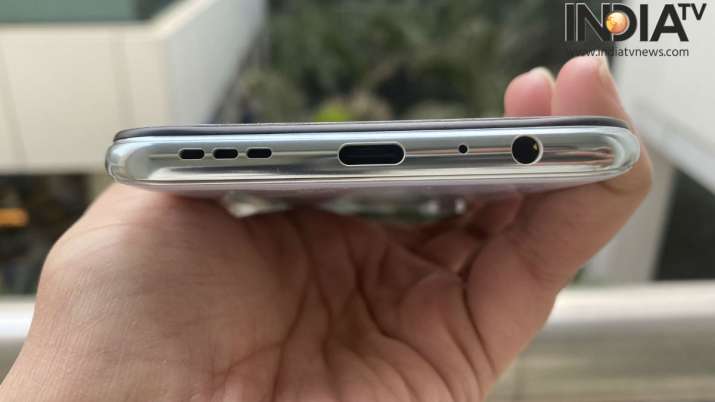 However, as said in my first impressions article, one-hand usage is difficult as it gets a bit hard to reach the top corners of the smartphone.

The Realme X2 spans 6.4-inch and has a Super AMOLED display panel with a screen resolution rated at 2,340 x 1,080 pixels. The display is protected with a layer of Corning Gorilla Glass 5 and has a screen-to-body ratio of 91.9%. The display has a waterdrop notch for fewer bezels, which the company calls dewdrop. The Realme X2 display comes with various features such as the ability to adjust display colours and temperature according to your liking, the Night Shield feature to protect your eyes from blue light, Low-brightness flicker-free eye care to reduce eye fatigue, and Screen Colour mode. 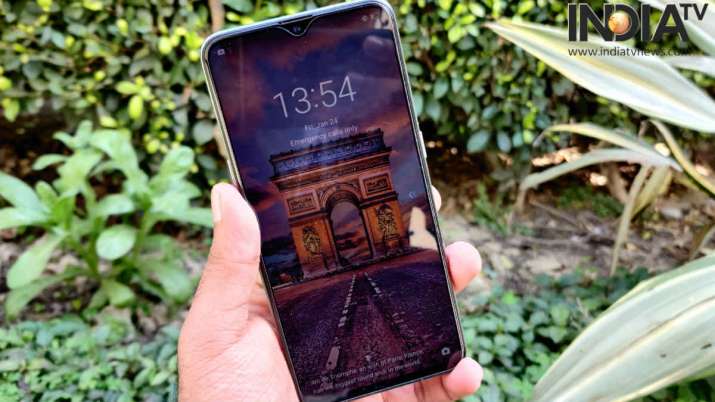 The display is bright, however, the brightness levels aren’t as good as I expected. The viewing angles aren’t that great as the display content can’t be viewed on certain angles and sunlight visibility is a problem over here. As for the display performance, the Realme X2 has a smooth display and content viewing was easy and convenient. The display supports an in-display fingerprint scanner, which is one of the attractions of the smartphone and worked fine. The fingerprint scanner was able to unlock the device in less than a second and I didn’t face delay issues as such.

The Realme X2 has the camera department as its USP. Starting with the camera configuration first, the Realme X2 has four rear cameras: a 64MP main camera, an 8MP Ultra Wide-angle camera, a 2MP depth sensor for the bokeh effect, and a 2MP macro lens. The one at the front is configured at 32MP. The device supports an LED flash, EIS (for both front and back cameras), Portrait mode, 4K video recording, and 960fps slow-motion videos. 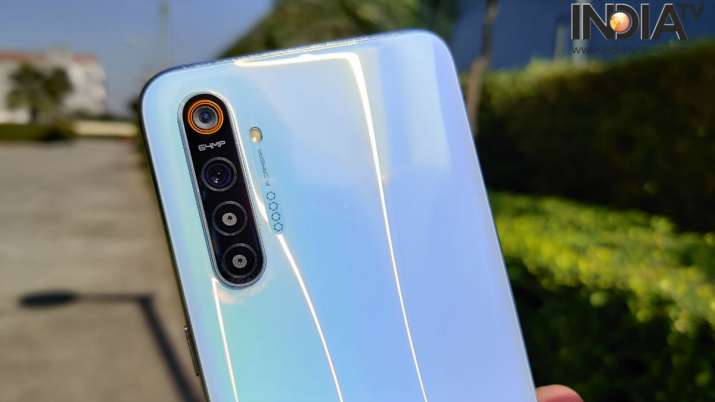 Talking about the rear camera performance, the Realme X2 was able to produce vivid and natural images. The resultant photos highlighted details and gave out natural tones, which I liked. The smartphone has a couple of camera elements as its highlighting points; the Ultra wide-angle lens, the 64MP main camera, and the macro lens. While the Ultra 64MP and the macro lens performance was decent, the Ultra wide-angle lens was below average. Additionally, switching from the normal mode to the Ultrawide mode resulted in the colour shift; the Ultrawide mode has overexposed results. 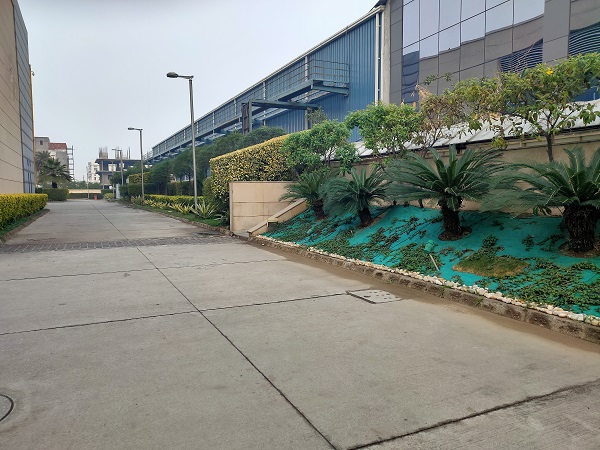 The videos were decent and EIS worked decently. Among others, the HDR mode was more than decent and could highlight the dark points of an image well. The smartphone's night mode, which the company calls Nightscape (major inspiration from OnePlus, eh?) did fine too and could brighten up the dark areas decently. 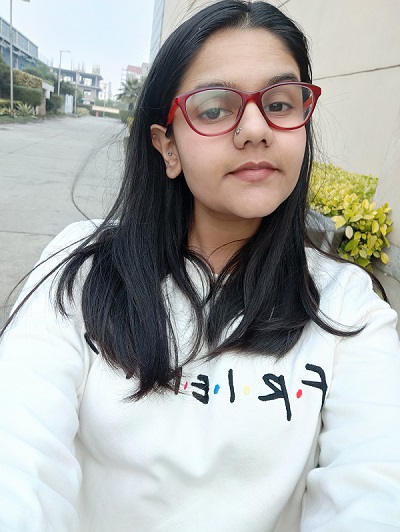 As for the front camera, while the selfies (both in normal and portrait modes) came out well with details highlighted, I sensed hints of over-saturation which I didn’t like much. Another thing that wasn't to my liking we the over-processed selfies that tend to create a different picture of a person. Overall, while the cameras performed decently, they weren't extraordinary. 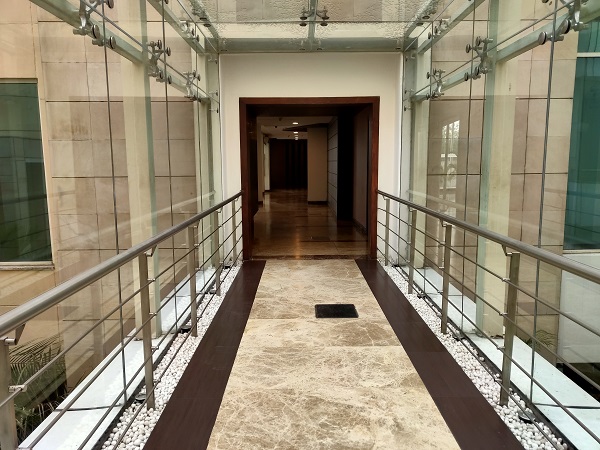 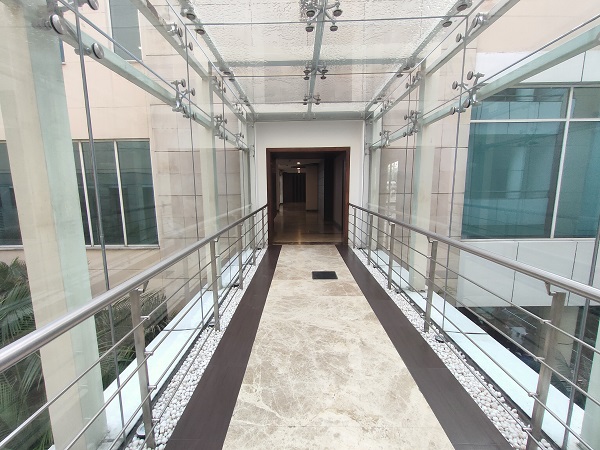 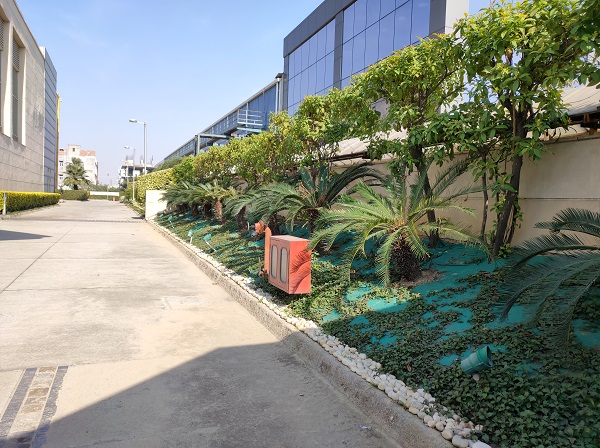 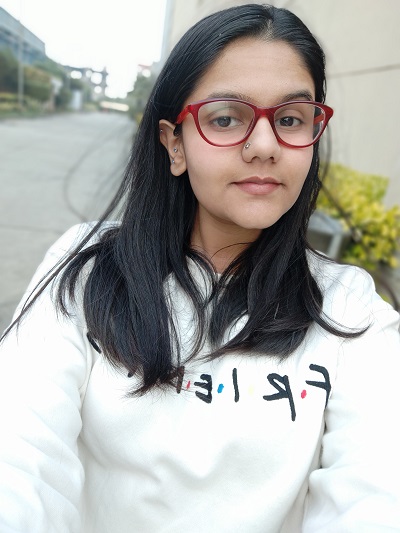 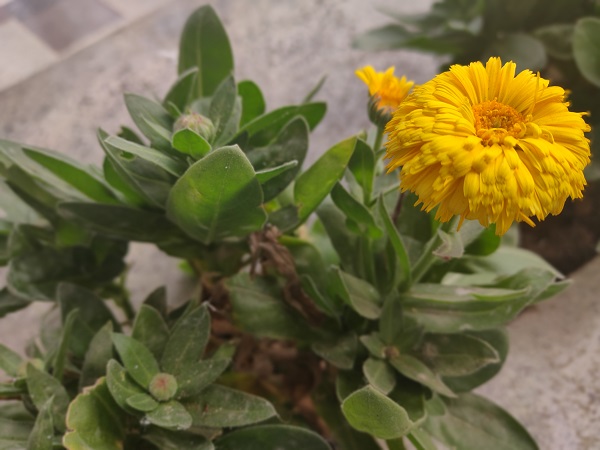 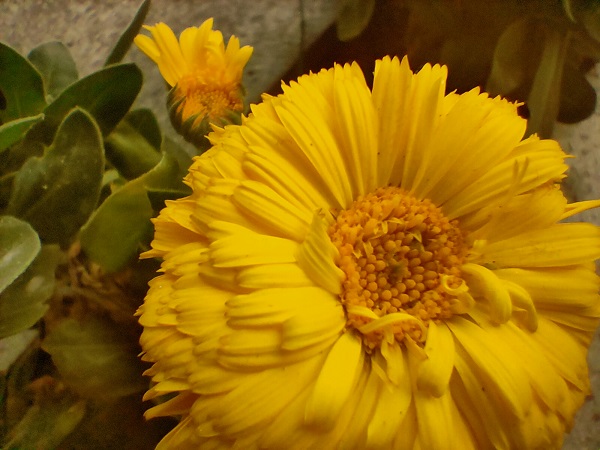 Here are the Realme X2 specifications:

The Realme X2 carries its tasks with the help of a Qualcomm Snapdragon 730G and gets its multi-tasking abilities from three RAM variants. I got hold of the 8GB of RAM model, coupled with 128GB of internal storage which can be further expanded up to 256GB via a memory card. The Realme X2 does a fairly decent job in doing basic tasks such as browsing through the internet and using social media apps. 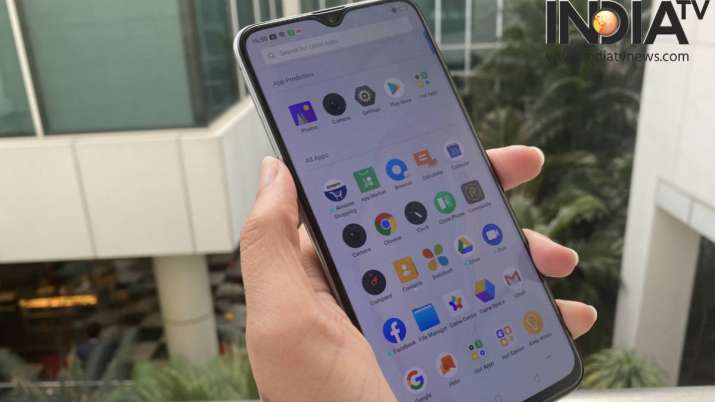 It was able to work well during my usage period and problems such as stuttering or lagging weren’t prominent at all. Although the smartphone did stammer sometimes, it wasn't a lot. The usage was smooth, which even works for the touch. The Realme X2 has a gaming-focused processor and heavy games such as PUBG Mobile was able to run well without much lagging; I enjoyed the gameplay.

The 4,000mAh battery was able to handle the smartphone tasks for more than a day on a single charge and this is something that makes me content. Being able to charge more than 50 per cent in less than an hour is a needed ability and the budget Realme X2 has it. As for the OS, the Color0S 6.0 wasn’t a cluttered one and ensured smooth usage throughout. To me, it appeared like a toned-down variant of the MIUI and calls for improvements. Since Realme has introduced its own Realme UI, I hope for some. Among others, the audio quality was just average.

With a starting price of Rs. 16,999, the Realme X2 has on-paper features that are bound to attract many. With a gaming-friendly processor, an in-display fingerprint scanner and a 64MP quad-camera setup, it gives a tough competition to the likes of the Xiaomi Redmi Note 8 Pro. However, there still are things that act as downsides to the smartphone -- the not-so-bright display, the mediocre OS (which can be improved in the future), and average audio quality, coupled with some fixes in the camera department. Additionally, the mere spec tweaks don’t make it a sure upgrade to the Realme XT, which is its predecessor in true sense.

Having said that, we still have a decent performance, battery, and even cameras before us and if you are going to be a new entrant in the Realme family, go for this, please. But, if you are planning to upgrade from the Realme XT, I think you should hold your money and put it on a future Realme smartphone with considerable upgrades.