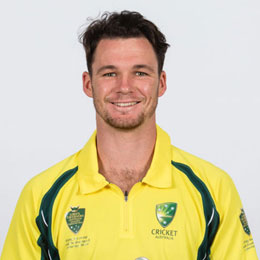 The middle-order batsman made his international debut for Australia in 2016 against South Africa after a magnificent season with Victoria. His career-best 215 in the Sheffield Shield, and the previous summer before that where he was the competition's third-leading run scorer landed him the place in the Aussie team. In his debut match, the right-handed batsman scored 54 runs and also struck the winning runs for the team. He didn't take much time to score his maiden century as in the second Test of his career he smashed hundred against Pakistan at Gaba. Later he made his ODI debut on January 19, 2017 against Pakistan where he scored important 82 runs for his team to win the match.

It hurt to not be in Australia's 26-man preliminary squad: Peter Handscomb

Peter Handscomb joins Middlesex as captain for next two seasons