The Election Commission of India has announced that Assembly elections in Jammu and Kashmir will be held after the conclusion of Amarnath Yatra.

The development came just a few days after BJP president Amit Shah took over as the Union Home Minister in the Modi Cabinet 2.0 and following Jammu and Kashmir Governor Satya Pal Malik's visit to New Delhi during which he briefed Shah about the security situation in the state.

Jammu and Kashmir: Two suspected spies arrested from outside Army camp in Jammu

EC will keep on monitoring the situation in Jammu and Kashmir regularly and on real time basis, taking inputs from all necessary quarters and after the conclusion of Amarnath Yatra will announce poll schedule, the poll panel said in a statement. 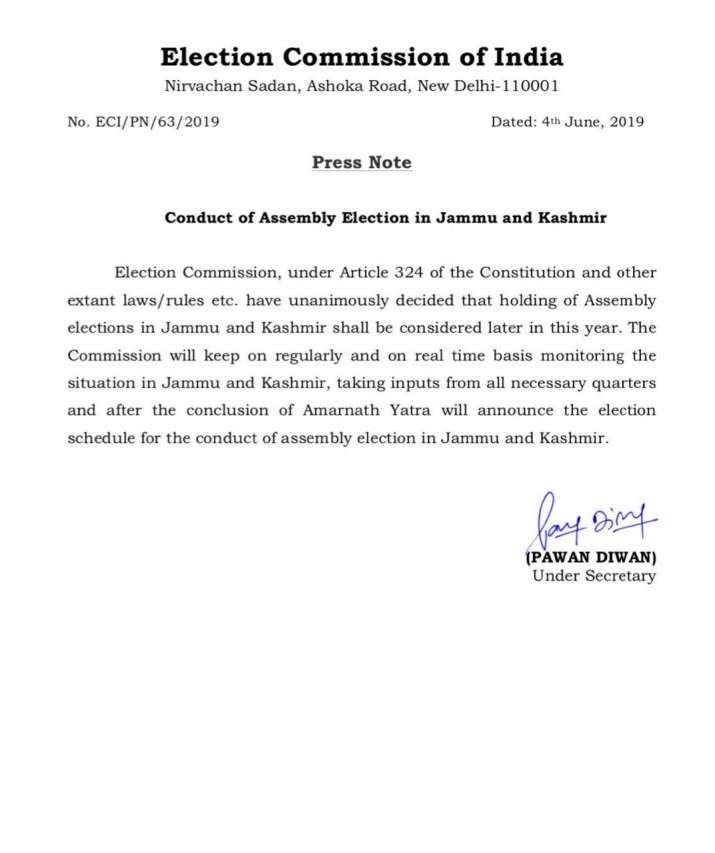 Also Read: Assembly elections in Jammu and Kashmir along with Lok Sabha polls? Rajnath Singh says govt ready for it if EC wants