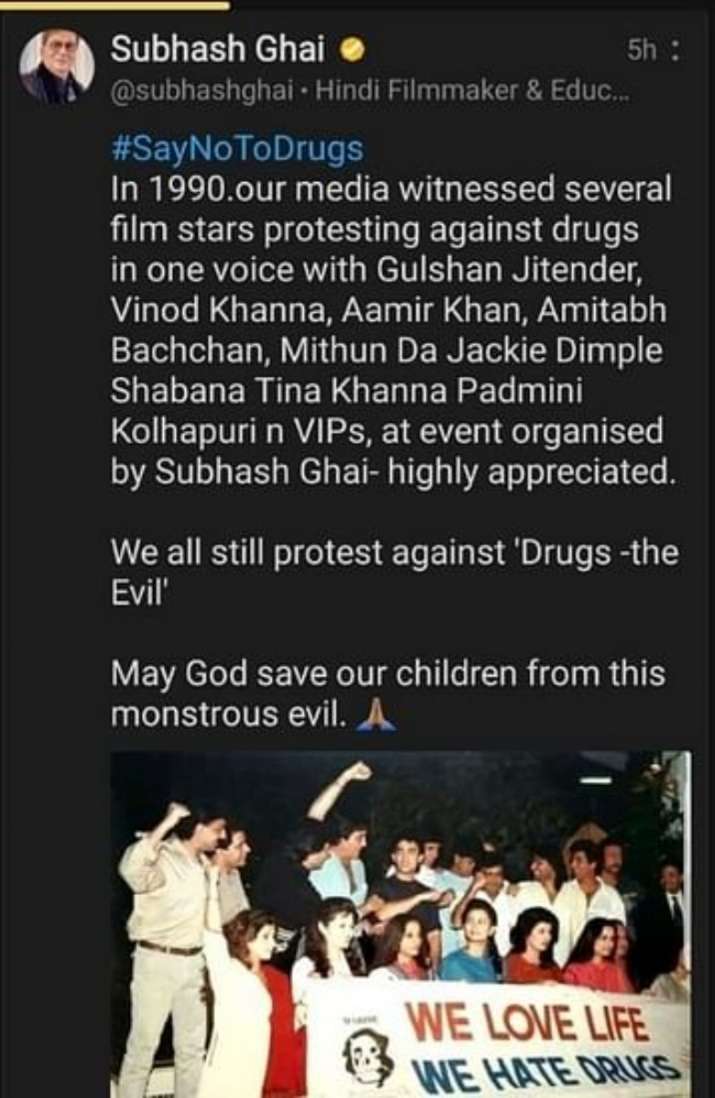 Ghai's post comes after the NCB conducted multiple raids in connection with the seizure of banned drugs from a cruise ship off the Mumbai coast last week. The anti-drugs agency has so far arrested 17 people in the case, including Bollywood superstar Shah Rukh Khan's son Aryan Khan, and some "high-profile organisers" belonging to a Delhi-based event management company. Besides Aryan Khan, those arrested by the NCB include Arbaaz Merchant, Munmun Dhamecha, Nupur Satija, Ishmeet Chadha, Mohak Jaiswal, Gomit Chopra, Vikrant Chhokar and a drug supplier from suburban Juhu.

The court had remanded Aryan Khan (23) and seven other accused to the NCB custody till Thursday. The NCB had told the court that "shocking and incriminating" material recovered in WhatsApp chats of Aryan Khan and two others arrested in connection with the case showed international drug trafficking.

The NCB had also claimed that in the WhatsApp chats, Aryan Khan is discussing modes of payment to be done for procurement (of drugs) and that several code names are being used. Aryan Khan's lawyer had claimed drugs were not recovered from the possession of his client.

The NCB on Sunday said they had seized 13 grams of cocaine, five grams of MD, 21 grams of charas and 22 pills of Ecstasy and Rs 1.

The crackdown against drug peddlers and those related to the cruise drug party case is on at various locations in Mumbai and other places.