The sizzling chemistry between Salman Khan and Katrina Kaif in Bharat trailer and songs have already raised our expectations.

A new Bharat poster featuring Salman Khan as a navy officer is out, which will make you all the more excited to watch this period drama on the silver screen. Director Ali Abbas Zafar shared an unseen picture of Salman Khan to raise our expectation to another level. The blockbuster filmmaker shared an image of Salman Khan, where he donned the uniform of a navy officer. Well, the sizzling chemistry between Salman Khan and Katrina Kaif has already turned out to be the highlight of the promos and songs and after watching this picture, we must say that a blockbuster is on its way.

In the picture, Salman is seen dressed as a merchant navy officer with Eagle Marine written over it. The makers are constantly releasing the posters of the star cast, which is creating a buzz among fans. Have a look at Salman Khan as a fierce navy officer.

Meanwhile, Bharat's leading lady Katrina Kaif shared a gorgeous picture on her Instagram page as she starts promoting Bharat. Dressed in a yellow outfit, Kat looks radiant and stunning in the pic. The actress along with the team of Bharat will be promoting their film at the IPL match today. Kat captioned the pic, "Bharat Promotions पहला दिन." 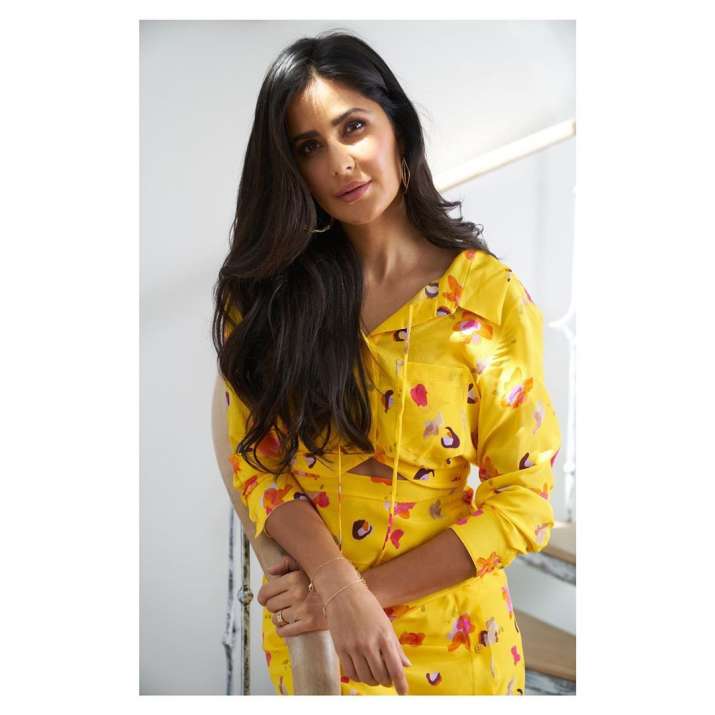 Bharat is Salman Khan's Eid offering for this year. It is scheduled to release on June 5 this year, on the occasion of Eid. The film stars Katrina Kaif, Disha Patani, Nora Fatehi, Jackie Shroff, Tabu and Sunil Grover in important roles. Directed by Ali Abbas Zafar, Bharat is the official Hindi remake of Korean hit film An Ode To My Father. Watch the trailer here.