Motorola Moto G8 Power Lite Review: Not bad at all

Some years ago, Motorola was one of the major smartphone makers in the tech world, which eventually began to fade away. Despite that, its focus on the affordable Moto G series earned it some goodwill in India. However, the company gradually began to underperform in the segment. Following a couple of not-so-amazing smartphone launches, Motorola introduced the Moto G8 series trying to get back in the arena.

One of the members of the lineup -- the Moto G8 Power Lite -- recently made its entry in India and falls below Rs. 10,000. The device has some attractive features such as the triple rear cameras, a huge battery, and the goodness of stock Android experience. However, with competition from the currency-popular Chinese brands, is the Moto G8 Power Lite an option for people wanting a budget smartphone? Read on my review to find out.

The Motorola Moto G series has evolved in terms of the design. From the boring circular rear camera module (which other companies began adopting now) it moved towards the vertical cameras and exciting colour options. The Moto G8 Power Lite is the result of this very move by the company and appears quite refreshing, especially to me who is using a Motorola device after a long, long time.

From the Motorola perspective, the smartphone has a refreshing design and colour options but considering other brands, the design isn’t a new one. Having said that, the Arctic Blue and the Royal Blue colours option soothes you like anything. I got to use the matte-finished Arctic Blue colour and it appears way chicer than other smartphones available. Although made up of plastic, the smartphone doesn’t feel cheap and that’s an added perk. But there are downsides too; the phone isn’t as lightweight as I thought it to be and one-hand usage, especially while relaxing on bed, is a problem. 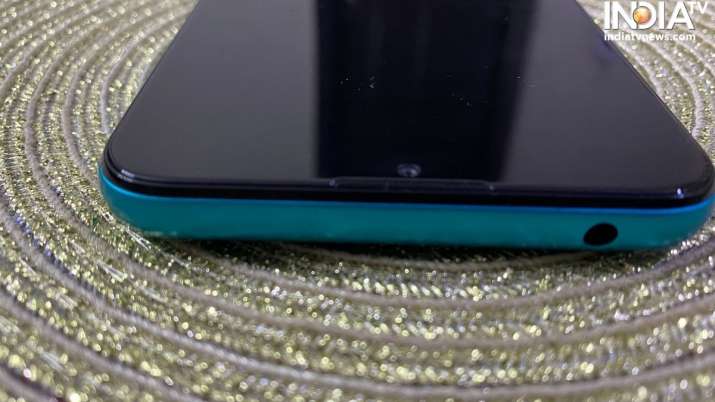 Aesthetics-wise, the G8 Power Lite has three rear cameras arranged in a vertical line (a separate main camera followed by other two cameras and LED flash in another row)  in the top left corner, a fingerprint scanner in the middle, and speaker grille in the bottom left corner. The display has a waterdrop notch and thin bezels on the three edges with visible bottom bezels. The top has a 3.5mm audio jack, the bottom has the microphone and the micro-USB port (missed the USB Type-C port), the left side has the SIM tray, and the right side has the volume rocker and the power on/off button. 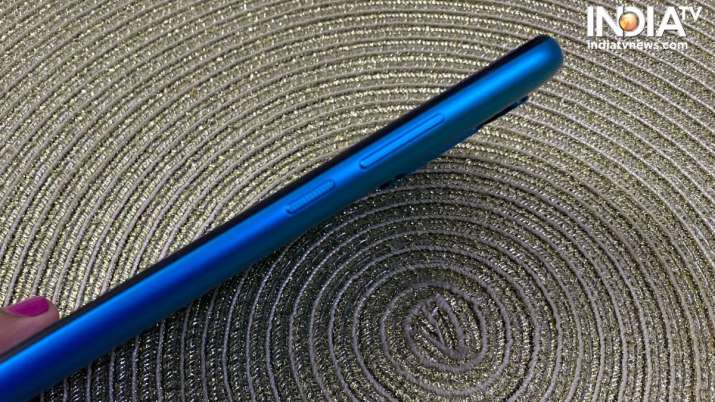 The Moto G8 Power Lite isn't an extraordinary-looking device but with fewer elements and minimalism on our plates, it attracts you and I am all for it. 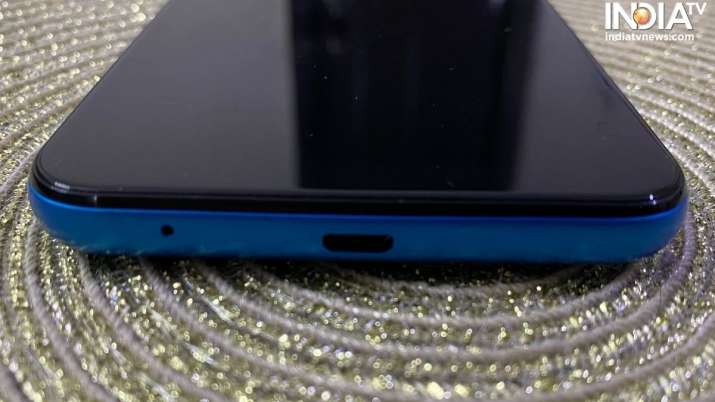 The Moto G8 Power Lite comes with a 6.5-inch Max Vision IPS LCD TFT display and has a screen resolution rated at 720 x 1,600 pixels. It comes with a couple of display features such as the option to choose the colour temperature (warm or cold), ambient display, night light to reduce the blue light filter, adaptive brightness, tap to wake and lift to wake. 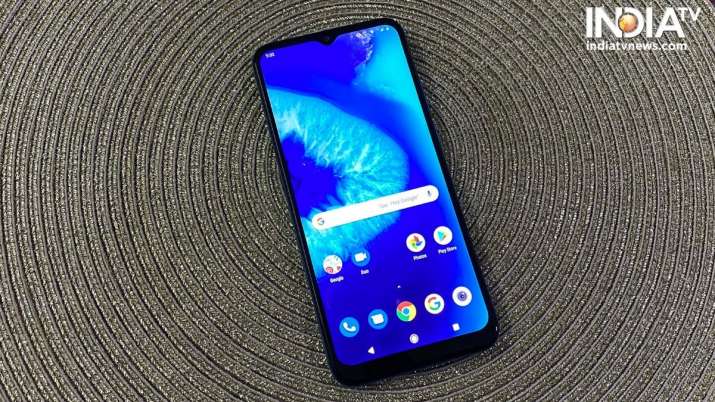 The Moto G8 Power Lite display is quite a decent one. Its adequately bright, the app icons appear decently, and the viewing angles are decent too. The display produces close to natural colours and I didn’t face any issues while watching videos either on YouTube or any other video-streaming platform. However, the details aren’t highlighted much and on a closer look the content on the screen appears slightly grained out. However, the overall viewing experience was quite decent, given that most streaming services are limited to SD quality. Among others, the sun legibility was fine and I could easily use the device in sunlight.

The Moto G8 Power Lite sports three rear cameras: a 16MP main camera, a 2MP depth sensor, and a 2MP macro lens. The one at the front is rated at 8MP. The smartphone comes with a number of camera features such as HDR, Face Beauty, Dual camera bokeh, Timer, Panorama, Google Lens integration, and LED flash. 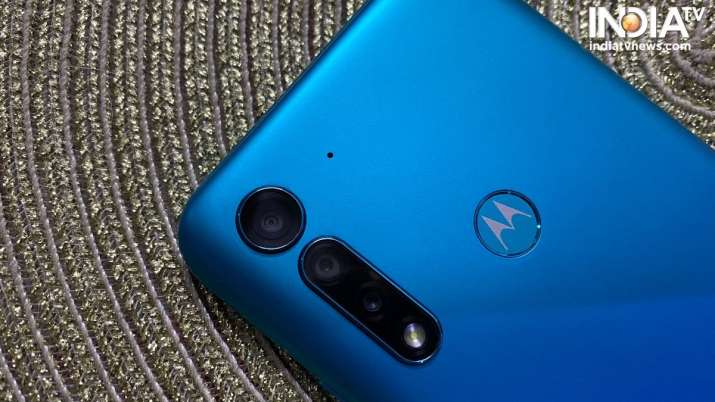 The smartphone’s cameras aren’t bad at all; you get decent images with colours being good too. However, the images lack details, especially when zoomed in. And the colours do not appear quite bright and differ from the natural colours of a given subject. For example, I took a macro shot of a leaf, and while the macro shot was pretty good, the leaf appeared slightly dull to me.  Having said that, I would like to bring your attention to the smartphone’s macro mode, which is able to capture details and is a good attempt by the company. As for the portrait and the HDR modes, the bokeh effect didn’t appear processed and the HDR mode aptly highlighted the dark places in an image.

Selfies had some issues; while the images weren’t processed or beautified, there weren’t details and images were grainy. Among others, the videos were fine too. However, I would have loved if the cameras had been slightly better.

The Motorola Moto G8 Power Lite uses an octa-core MediaTek P35 processor and gets its multi-tasking capabilities from 4GB of RAM. There is 64GB of inbuilt storage, which can be further expanded up to 256GB via a microSD card. During my review period, the smartphone did an above-average job. From watching videos, clicking pictures to surfing the internet for shopping or information purposes, the smartphone was able to carry all these tasks with ease. It worked quite fine with a number of background apps. However, the G8 Power Lite did lag a bit upon some heavy usage.

The smartphone was able to handle various popular games such as Subway Surfers and Candy Crush Saga with ease, with the graphics being good. While it lacks a number of gaming-focused features to play intensive games such as PUBG Mobile or Call of Duty, one should note that gaming is just one element of a smartphone and this doesn’t decide whether or not a smartphone is good. In addition to this, the audio quality was decent; it was fine during videos and even during calls too. The rear-mounted fingerprint is pretty good too and unlocked the smartphone in a jiffy.

The device’s main highlight is its 5,000mAh battery and it’s rightly so. With Wi-Fi, 4G running 24x7 and several apps in the background, the smartphone was able to pull it off for 1.5 days with ease on a single charge. However, the fast charging isn’t really fast but ensures the smartphone charges in about an hour. As for the OS, the stock Android is Motorola smartphones’ main USP and I loved the experience throughout my usage. However, the experience would have proved way better if it ran Android 10 instead of the old Android 9.0. Since stock Android is one of the major highlights of a Motorola smartphone, I expect the company to deliver the OS versions with pretty fast updates. This proves to be one of the major downsides of the Moto G8 Power Lite.

The Motorola Moto G8 Power Lite is one of the budget smartphones that takes a simple approach and will be liked by people who want a simplified experience and do not fancy the various features smartphones have these days. However, it stands in the ring against the likes of the Realme Narzo 10A with better cameras, improved Helio G70 processor, fast charging and Android 10, and even the Xiaomi Redmi 8A Dual, again with Android 10 and fast charging support.

Nonetheless, better software updates and camera updates can make this device better. Hence, it is an option worth a try.