Realme 5i, with a quad-camera setup, 5,000mAh battery and more has launched in India. Here are the pricing details, features, launch offers and more.

Realme India has just launched a new smartphone dubbed Realme 5i in India. The Chinese company announced the launch during a live stream session via various social media platforms. The key highlights of the smartphone include a massive 5,000mAh battery, a quad-camera setup and more. Here’s all you need to know about the Realme 5i.

The Realme 5i has the camera department as its main highlight. It has four rear cameras: a 12MP main camera, an 8MP wide-angle camera, a 2MP bokeh camera, and a 2MP macro lens. The one at the front stands at 8MP.

The smartphone comes with support for camera features such as AI HDR, AI Beauty, Super Nightscape, PDAF, and 5p lens.

The smartphone is powered by an octa-core Qualcomm Snapdragon 665 AIE processor, clocked at up to 2.2GHz. The Realme 5i comes equipped with 4GB of RAM and 64GB of internal storage. 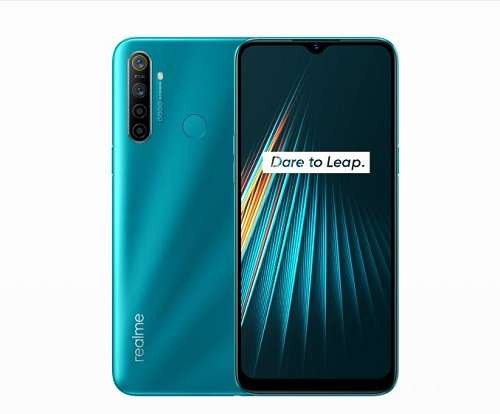 The smartphone gets its fuel from a 5,000mAh battery with reverse charging support and runs the company’s ColorOS 6.0.1 based on Android 9.0 Pie. The device comes with several connectivity options such as Wi-Fi 802.11 ac, Bluetooth 5.0, GPS, A-GPS, Micro-USB, and a 3.5mm audio jack.

Additionally, the Realme 5i features a rear-mounted fingerprint scanner and comes in Aqua Blue and Forrest Green colour options.

Realme 5i Price, availability and offers

The Realme 5i is priced at Rs. 8,999 and will be up for grabs, starting January 15. It will be available to buy via Flipkart and Realme.com.

People purchasing the Realme 5i via Realme.com can get 10% Supercash (Rs. 1,000) and a Jio offer with benefits of up to Rs. 7,500 by making the payment through Mobikwik. There is also a Cashify exchange offer with additional Rs. 500 on old phone exchange.