Alongside the Honor 9A and 9S budget smartphones, the company has also launched the much-awaited Honor MagicBook 15 laptop in India.

Honor India has just announced the launch of two new budget-oriented smartphones, the Honor 9A and Honor 9S. The new budget smartphones now come with the Huawei AppGallery instead of Google Play Store. Alongside the two smartphones, the company also launched the much-awaited Honor MagicBook 15.

Honor 9A sports a 6.3-inch HD+ Full View Display with 20:9 aspect ratio. The smartphone is powered by the octa-core MediaTek MT6762R processor. It packs in 3GB of RAM and 64GB of onboard storage, which is further expandable using a microSD card. All of this is backed by a 5,000mAh battery.

On the optics front, the Honor 9A features a triple rear camera setup consisting of a 13-megapixel primary camera, 5-megapixel secondary lens and a 2-megapixel tertiary sensor. Upfront, there is an 8-megapixel selfie shooter.

Honor 9S features a 5.45-inch HD+ Full View Display with 18:9 aspect ratio. The dual-SIM handset is powered by the MediaTek MT6762R processor. It comes with 2GB of RAM and 32GB of internal storage. The storage on the handset is further expandable up to 512GB using a microSD card.

Honor 9S runs on Google’s Android 10 operating system with Magic UI 3.1 layered on top. Under the hood, the Honor 9S packs in a 3,020mAh battery.

In the camera department, the Honor 9S gets a single 8-megapixel camera sensor at the back. Upfront, there is a 5-megapixel selfie snapper. 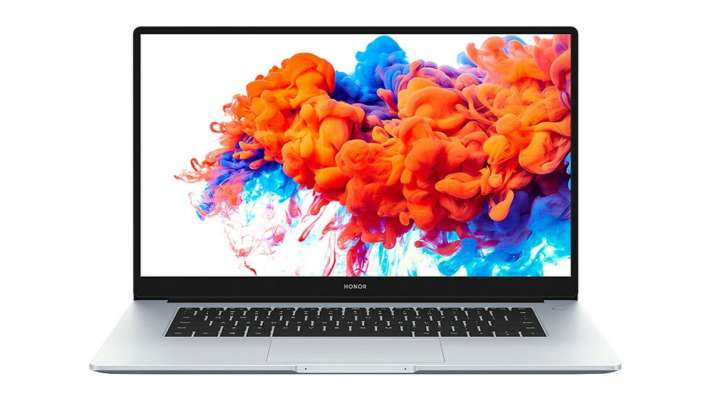 Alongside the two new budget-oriented smartphones, Honor has also launched the MagicBook 15 laptop. The laptop comes with a 15.6-inch FullHD IPS LCD display with an 87 per cent screen to body ratio. The MagicBook 15 is powered by the AMD Ryzen 5 3500U processor paired with Radeon Vega 8 graphics.

Honor MagicBook 15 comes with 8GB of DDR4 dual-channel RAM and 256GB PCIe NVMe SSD for storage. It comes with Windows 10 Home pre-installed. Also, the laptop gets a USB Type-C 65W charger that can charge it from 0 to 50 per cent in just 30 minutes. The company promises that the battery will last for 6.3 hours while watching videos continuously.

In terms of connectivity, the MagicBook 15 gets a Wi-Fi, Bluetooth, NFC, USB 2.0, USB 3.0, USB Type-C port, HDMI port and a 3.5mm headphone jack. Additionally, the laptop comes with a pop-up webcam and a fingerprint sensor.

Honor 9S and Honor 9A have been priced at Rs. 6,499 and Rs. 9,999 respectively. Both the smartphones will be available in Blue and Black colour options. The smartphones will be exclusively available via Amazon starting August 6. Honor 9A customers will be eligible to get an instant discount of Rs. 1,000 while the Honor 9S buyers will get Rs. 500 off. Additionally, a 10 per cent discount will be offered to the Honor 9A customers using an HDFC Bank cards. Lastly, there will be no-cost EMI options for up to six months.

Honor MagicBook 15 has launched with a price tag of Rs. 42,999 and it will be available in Mystic Silver colour. The laptop will go on sale starting August 6 at 12 AM via Flipkart. Flipkart early access members will be able to get hold of the device starting August 5, 8 PM. As for the launch offers, Honor is offering a Rs. 3000 discount for the first sale bringing the price of the laptop down to Rs. 39,990.