22019 saw the launch of a number of smartphones to cater to the needs of all kinds of users: the ones who want budget smartphones, the ones going for mid-rangers, and the ones putting their money on the high-end ones.

As 2019’s end is almost here, let’s take a look back at the best affordable smartphones launched (under Rs. 20,000), especially for the Indian users. Here’s a list of budget smartphones of 2019 that were good enough to consider:

Starting with the Redmi Note 8 Pro, the device has its USP in the form of the camera department; there are four rear cameras (64MP main camera, 8MP Ultra wide-angle lens, 2MP macro lens, a depth sensor) and a 20MP front camera.

The smartphone has a 6.53-inch dot notch full HD+ HDR display and is powered by Helio G90T processor for enhanced gaming. It comes with up to 8GB of RAM and up to 128GB of internal storage. There’s a 4,500mAh battery with 18W fast charging support and three colour options, namely, Halo White, Gamma Green, Shadow Black, and Dark Blue. 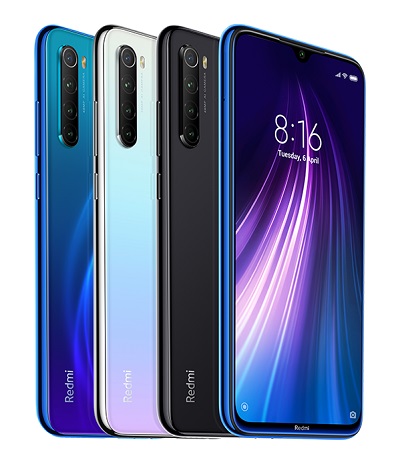 It is backed by a 4,000mAh battery, has a 6.3-inch full HD+ display, and comes in three colour variants: Neptune Blue, Moonlight White, and Space Black.

Realme is another contender in the budget segment and the Realme X2 is the most recent one to consider. The smartphone has the cameras as its primary highlight. There is a quad-camera setup at the back; a 64MP primary camera, an 8MP ultra-wide-angle lens, a macro lens, and a depth sensor. 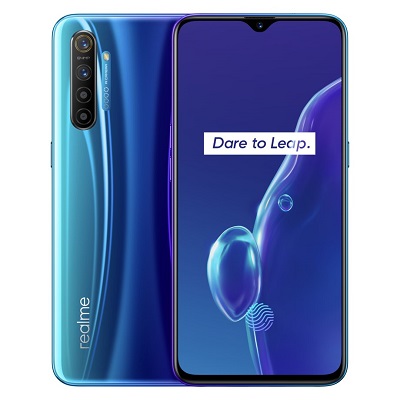 With a 6.4-inch Super AMOLED display, the smartphone is powered by a Snapdragon 730G, comes with up to 8GB of RAM, up to 128GB of ROM, and a 4,000mAh battery with 30W VOOC fast charging. The smartphone comes in Pearl Green, Pearl White, and Pearl Blue options.

Price and Availability: Starts at Rs. 16,999, via Realme website

OPPO K3 is one of the budget smartphones that come with a slew of highlights. The smartphone has the 16MP pop-up front camera and the in-display fingerprint scanner as its highlights. At the back, there are two back cameras; 16MP and 8MP.

The smartphone comes with a 6.5-inch AMOLED display with a screen resolution of 2,340 x 1,080 pixels. It is powered by a Snapdragon 710 processor and comes equipped with up to 8GB of RAM and 128GB of onboard storage. 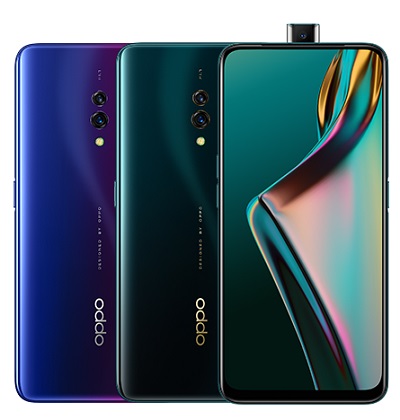 The smartphone has a 3,765mAh battery, runs Android 9.0, and comes in Aurora Blue and Jade Black colour options.

Price and Availability: Starts at Rs. 15,990, via Amazon India

This is another Xiaomi smartphone that comes with exciting features all under Rs. 20,000. The smartphone has some USPs: The camera department, the display, an in-display fingerprint scanner, and 18W fast charging. 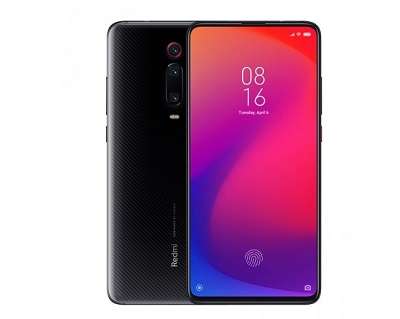 The smartphone comes in two RAM/ROM options (6GB/64GB and 6GB/128GB), has a 4,000mAh battery, and is powered by a Snapdragon 730 chipset. Additionally, it has three colour options, namely, Carbon Black, Flame Red, and Glacier Blue.

Vivo is another company that makes budget smartphone with high-end specs and feature. One such Vivo smartphone is the Vivo Z1x, which comes with a number of attractions. The first one is the camera department with three rear cameras (48MP, 8MP, 2MP) and a 32MP front camera. The second is the 6.38-inch full HD+ display. 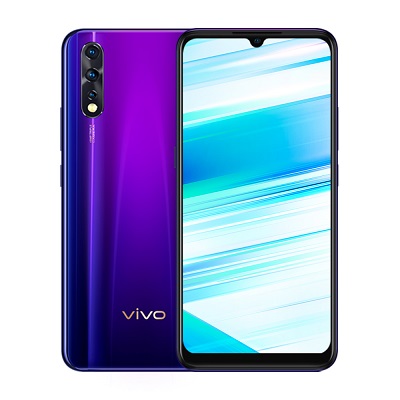 Another highlight is the in-display fingerprint scanner. The smartphone is powered by a Snapdragon 712 AIE processor and comes in two RAM/ROM configurations: 6GB/64GB and 8GB/128GB. It is backed by a 4,500mAh battery and run Android 9.0 with FunTouch OS 9.1 on top.

Price and Availability: Starts at Rs. 15,990, via Flipkart

The Realme 5 Pro is another Realme budget smartphone that is worth considering. The smartphone has a couple of highlights; there’s the camera department that houses five cameras in total. The smartphone comes with four rear cameras (48MP, 8MP, 2MP, 2MP) and a 16MP front snapper. Another highlight is the 6.3-inch dew-drop full-screen display.

Additionally, the Realme 5 Pro has a rear-mounted fingerprint scanner, HyperBoost 2.0 tech for enhanced gaming, and comes in Crystal Green and Sparkling Blue colours.

Price and Availability: Starts at Rs. 13,990, via Realme website

The Xiaomi Mi A3 is the third instalment of Xiaomi’s Android One smartphone series. The smartphone has a couple of highlights such as three rear cameras (48MP, 8MP, 2MP), a 32MP front camera, an in-display fingerprint scanner, and pure Android 9.0 experience. 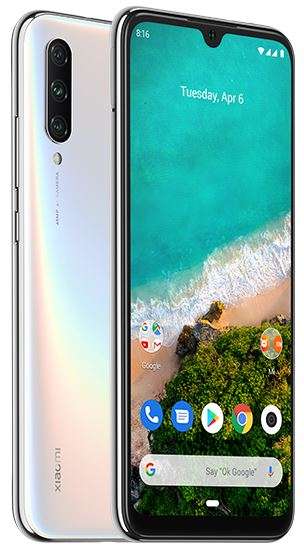 The Mi A3 comes in More than White, Not just Blue, and Kind of Grey colours. 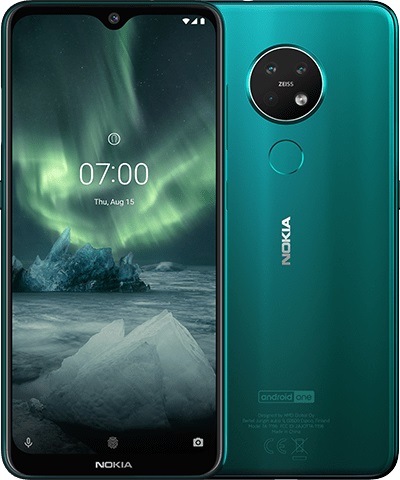 The smartphone has a back-mounted fingerprint scanner and comes in Charcoal, Cyan Green, and Ice colours.

Price and Availability: Starts at Rs. 18,599, via Flipkart

The Motorola One Action is part of Motorola’s One series and comes with its camera department as its USP. It has a 117-degree Action Cam to record ultra-wide-angle videos. In addition to this, there are two other back cameras: 12MP and 5MP. The one at the front stands at 12MP. 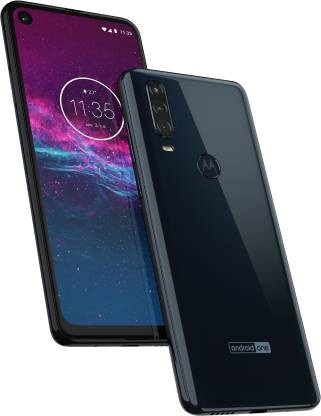 The device has a fingerprint sensor, Face Unlock feature, and comes in Denim Blue and Pearl White colours.

Samsung’s Galaxy A series brings about budget smartphones that try to compete in the budget segment. One such smartphone is the Galaxy A50s that has a couple of attractions. The smartphone has three back cameras (48MP, 5MP, 8MP) and a 32MP front camera. Another highlight is the in-display fingerprint scanner.

The display spans 6.4-inch and is full HD+ Super AMOLED in nature. Powered by an octa-core processor, the smartphone comes in two RAM/ROM versions: 4GB/128GB and 6GB/128GB.

It gets its fuel from a 4,000mAh battery and runs Android 9.0 Pie. The smartphone comes in Prism Crush Black, Prism Crush Violet, and Prism Crush White colour variants.

Price and Availability: Starts at Rs. 19,999, via Samsung Store

Hope the aforementioned list is helpful for you to buy a smartphone in the budget price bracket.