Here is a detailed analysis of the previous ties and what to expect from the upcoming round of 16 clashes in UEFA Champions League.

The mega-club tournament in the football world - UEFA Champions League is all set to resume from August 7. The European league was halted in March after coronavirus outbreak across the world, which put a brake on almost all football leagues.

The round of 16 clashes were at their full throttle when the league stopped as Atletico Madrid knocked defending champions Liverpool out from the tournament, while title-favourites Paris Saint-Germain edged past Borussia Dortmund after losing the first tie.

While, the second leg of some of the most anticipated matches didn't take place at that time, but the resumption of the league made them more anticipatory for fans.

While, the schedule of the finished Round of 16 games are announced as PSG will face Atalanta, while Atletico Madrid will lock horns with RB Leipzig in quarterfinals.

The race to enter the quarters is not over as the biggest of teams like Barcelona, Real Madrid, Juventus, Chelsea, Bayern Munich, Manchester City and Lyon have to fight to earn their place.

Here is a detailed analysis of the previous ties and what to expect from the upcoming round of 16 clashes in UEFA Champions League:

Despite winning the first leg by 1-0, Lyon will enter the game as the underdogs against Juventus. Lucas Tousart scored the lone goal at Groupama Stadium in a game where Juventus star-studded attacking line-up didn't capitalize on the chances.

Juventus will have an advantage over Lyon of playing competitive football for a longer period as Bianconeri reclaimed the Serie A title. On the hand, the Ligue 1 didn't complete it's full schedule amidst coronavirus outbreak as PSG were crowned champion on the basis of points table when the league was stopped.

However, Lyon clashed against PSG in the French Cup where they lost in the penalty shoot-out after putting up a strong show.

The Old Lady will need Cristiano Ronaldo to turn on his beast mode to break Lyon's solid defence. The one-goal advantage might work in Lyon's favour but Juventus will enter the game as the favourites. 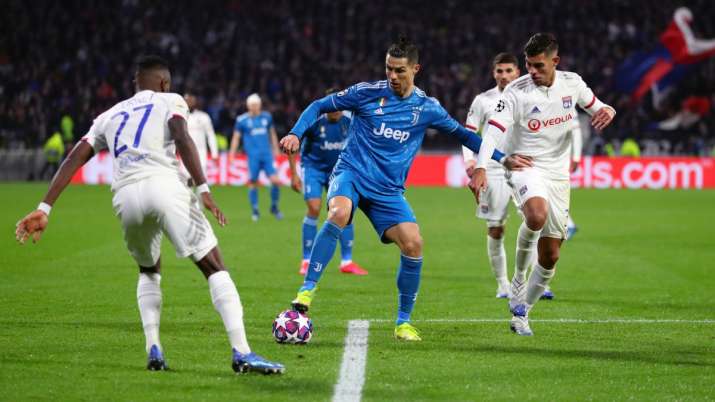 Since the day, the round of 16 draws were announced, the City vs Madrid clash was touted to be the most anticipatory contest of the season. The first leg lived up to the hype with Man City beating 13-time UCL winner Madrid 2-1 at Santiago Bernabeu. Pep Guardiola's City earned a crucial advantage by scoring 2 away goals.

The first tie saw a completely different side of Guardiola's tactics as the Spaniard turned the tables by playing a rather defensive form of football, which is not his forte. The Man City manager is known for playing attacking football with more possession in control but Guardiola decided to surprise Zinedine Zidane's Madrid in the first leg by putting Sergio Aguero, Raheem Sterling and David Silva on the bench.

Everybody expected that it might backfire for City, but Guardiola had a plan in his mind. Gabriel Jesus, who played in place of experienced Sergio Ramos, played like a workhorse with runs all over the park. Kevin de Bruyne, who is famous for his attacking gameplay, was ordered to play at backfoot by Guardiola.

Madrid mostly relies on the counter-attacking football to score goals but Guardiola had blocked their way with his unusual tactics. Isco, somehow, managed to score the first goal of the game in the 60th minute which put Madrid on top, but that's when City started to capitalize with their own counter-attacking style. Jesus strike past Thibaut Courtois to level the game, after his goal, Madrid defence was shaky which led to a penalty in the 83rd minute, which De Bruyne netted into the goal to silent the Bernabeu.

The match ended in 2-1 defeat for Madrid, but their biggest drawback from the game was the Red Card for skipper Sergio Ramos.

In the second tie, Madrid will travel Etihad without Ramos, who was their backbone both in front and back of the goals in the La Liga campaign. The 2 away goals advantage is expected to make a difference at Etihad. City will enter the match as the favourites but nobody can write off Real Madrid in any game and within any conditions. Madrid and Zidane both know how to win the crucial games. The responsibility will be on Karim Benzema's shoulder to play like a leader in the absence of Ramos.

The clash which was touted as a cakewalk for Barcelona has now turned into a fierce battle for the Catalan giants. Ahead of the first leg, Lionel Messi's Barca were the firm favourites to win the clash, but Gennaro Gattuso forced Napoli to brought their A game on the table. The Italian club stood their ground strong against the attacking Barcelona.

Gattuso decided to go with 4-1-4-1 formation to contain Messi with 3-4 players every time the ball comes near him and he succeeded in his plan. The shaky Barcelona defence conceded the first goal in the 30th minute, but they didn't take much time recover from it as Antoine Griezmann scored his most crucial goal for Barcelona till now in the 57th minute. After the Frenchman's goal, the plan was simple for Gattuso - Park the bus and capitalize only on counter-attacking moves. In the 89th minute, Arturo Vidal received his second yellow card of the match, which made him unavailable for the home tie.

The Catalan giants are not playing their best football, since the resumption, as their reliance on Messi has only increased. They have already lost the La Liga title to arch-rivals Real Madrid. 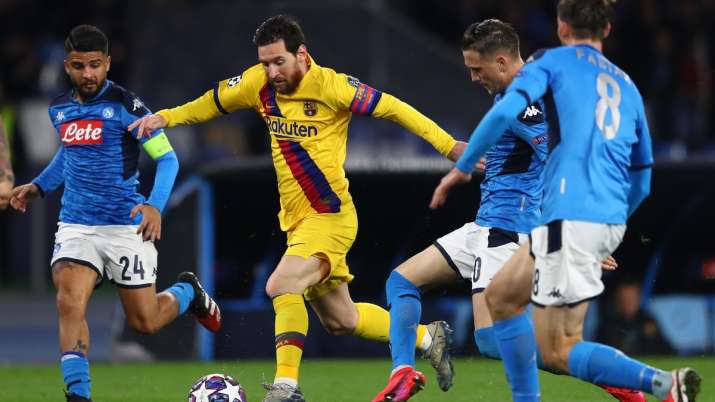 It will be probably the only remaining match, which is touted as a one-sided fixture after Bayern Munich already leading the tie with 3-0 and a massive advantage of three away goals almost sealed their spot.

Chelsea need a miracle like Liverpool, how the upset Barcelona last season with astonishing 4-0 at Anfield in the second tie after losing the first game 3-0 at Camp Nou. Bayern Munich are playing ruthless football season and Chelsea have already tasted it in the first tie where Serge Gnabry scored the brace, while Rober Lewandowski put the final nail in the coffin with the 76th-minute strike. The Blues played one of the worst game of the season against Munich as they were nowhere near the level of the opposition in the clash.

The second tie is also expected to be a one-sided affair with Chelsea already losing in-form Christian Pulisic after the hamstring injury in the final of FA Cup. The Blues might also feel some rustiness after playing continuous football in the last two months in Premier League. Meanwhile, Munich were crowned the Bundesliga champions as their season was ended on July 4, with the team getting enough rest to getting ready for Chelsea clash.