The most exciting decade of football was dominated by Lionel Messi and Cristiano Ronaldo on the personal front but in the international and club football, we have seen some new winners at the grand stages.

Football is the game which always gives some memorable moments and the last decade was full of them. The most exciting decade of football was dominated by Lionel Messi and Cristiano Ronaldo on the personal front but in the international and club football, we have seen some new winners at the grand stages.

The decade kicked off to the tune of Shakira’s 'Waka-Waka' as Africa hosted the first-ever FIFA World Cup. The stage was set for all the teams for the biggest glory up for grabs. The tournament started on June 11 with South Africa squared up against Mexico, which ended in 1-1 draw.  The 2006 World Champions Italy were knocked out in the group stage, which left the whole world in shock. In the end, the Netherlands and Spain fought all the odds to play the final against each other on July 11. The final saw an incredible performance from skipper Iker Casillas with the gloves as he saved some astonishing shots of Arjen Robben, but in the end, it was in the 116th minute when Iniesta strike past Maarten Stekelenburg to score the lone goal of the match. Iniesta put off his jersey in Soccer City Stadium, Johannesburg as Spain claimed their first World Cup trophy.

In 2012, the world witnessed the true face of Lionel Messi, the one which proved him to be the 'Alien' among human beings. Messi, who was just 25 then, scored 91 goals, combining club and nation, to break the world record of Gerd Muller for most goals in a calendar year. The German legend hit 85 goals for Germany and Bayern Munich in 1972. Leo outclassed Muller in the first week of the December but he didn't stop there and ended the year with a magical performance against Real Valladolid in a 3-1 victory. Messi’s tally of 91 goals was more than the 13 La Liga teams from the 2011-12 campaign.

In the last decade, we witnessed three football clubs, who won the iconic treble (League title, Champions League and League Cup) - Inter Milan (2009-10), Bayern Munich (2012-13) and Barcelona (2014-15). The decade began with Jose Mourinho's Inter dominating Europe with sheer domination. Inter played consistent football in the Italian league but it was the European competition where they proved to be too gigantic against the best of the lot. In 2012/13 season, the duo of Franck Ribery and Arjen Robben sparked world football and in the clash against Borussia Dortmund in the UCL final they emerged victorious by 2-1 on the score sheet.

The 2014/15 Barcelona was one of the strongest team of decades with the trio of Lionel Messi, Luis Suarez and Neymar upfront. The troika coloured Europe in their colour as they won all three big trophies and the cherry on the cake was Messi winning his fifth Ballon d'Or after a successful season.

The 2014 FIFA World Cup in Brazil was one of the most exciting WCs in football history. With hosts Brazil entering the tournament as favourites to 2010 champions Spain getting knocked out in the group round, the 2014 WC was full of drama. Luis Suarez stole the show after he bit Giorgio Chiellini for which he later got suspended.

In the final, the stage was set for Lionel Messi to prove his supremacy over Pele, Maradona and Cristiano Ronaldo, but he missed the golden chance as Germany lifted the title with a lone goal from super-sub Mario Gotze in the 113th minute. 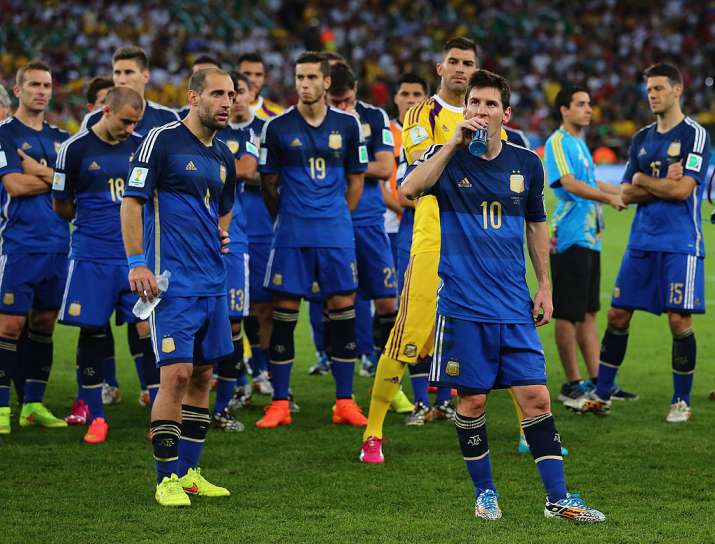 The 2015-16 season was a fairy tale for every Leicester City fans. Against all odds, Claudio Ranieri’s Leicester won the Premier League title for the very first time in the history. Leicester started the campaign with the odds of 5,000-1 outsiders for the title after almost being relegated last season. But the collective performances from Jamie Vardy, Riyad Mahrez and Ngolo Kante changed the fate of the club as Ranieri’s tactics were on point throughout the season. The 2-2 draw between London rivals Tottenham and Chelsea confirmed the title for Leicester on May 2, 2016, the date which the Leicester fans will never forget…

The year 2016 changed the fate of Portugal football team. The country which was missing a major trophy from the past few years in football finally got their hands on Euro Cup. The Cristiano Ronaldo-led side had luck on their side throughout the tournament as they were promoted to Round of 16 by goal differences and then they won on penalty in the next round. But in the final, they proved themselves why it was not only the luck, which got them in the final. In the dramatic clash against France for the cup, star player Ronaldo got injured at the 24th minute of the game, but in the time of crisis, Portugal showed their true colours as they fought with the hosts at their battleground with a will. In the 109th minute of the game, Eder struck past Hugo Lloris to seal the deal for Portugal. 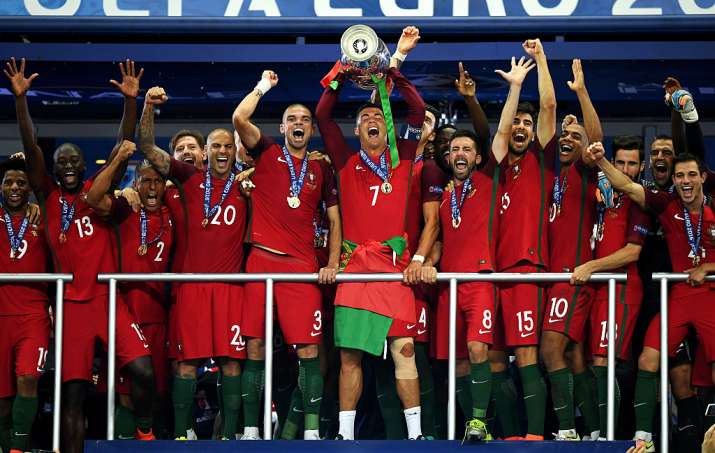 Under former player, Zinedine Zidane, Spanish giants Real Madrid won three back-to-back UEFA Champions League (2015-16, 2016-17 and 2017-18). The domination they produced in the Champions League in the last decade, can’t be ignored and the hat-trick of the titles was the proof of that. The class of Ronaldo, Benzema, Bale, Modric, Kroos and the ultimate warrior Sergio Ramos beat Atletico Madrid, Juventus and Liverpool, respectively in the three successive finals. In the domination period, Madrid’s stopper Keylor Navas, who was exceptional at his spell, doesn’t get the due he deserved as he was one of the prime reasons alongside Ronaldo for the big wins.

The most expensive signing in World Football - Neymar Jr

Brazilian star Neymar moved to PSG in August of 2017 from Spanish giants Barcelona for a record transfer fees of €222 million (£198 million). After representing Barca for 186 game, Neymar scored 105 goals and provided 76 assists in his four seasons. Neymar played a monumental role in the 2014-15 treble-winning campaign for Barcelona. PSG, who was trying to rebuild the squad after losing the league to Monaco, went huge for Neymar in the 2017, which made him World’s most expensive player.

In 2018, the FIFA World Cup trophy was landed in Russia for the grab and the team comprised with young talents like Kylian Mbappe, Paul Pogba and Ngolo Kante and the experience of Antoine Griezmann completed the dream of every France fan with their second WC title. Didier Deschamps became the third person win the WC both as a coach and as a player (1998). France faced some tough teams in their way to final like Argentina in Round of 16, Belgium in semifinals. But in the final, they met the ultimate underdogs of the tournament ‘Croatia’, who were ready to give their all for the trophy, but France brought their A-game there as they rout Croatia 4-1 in the final. 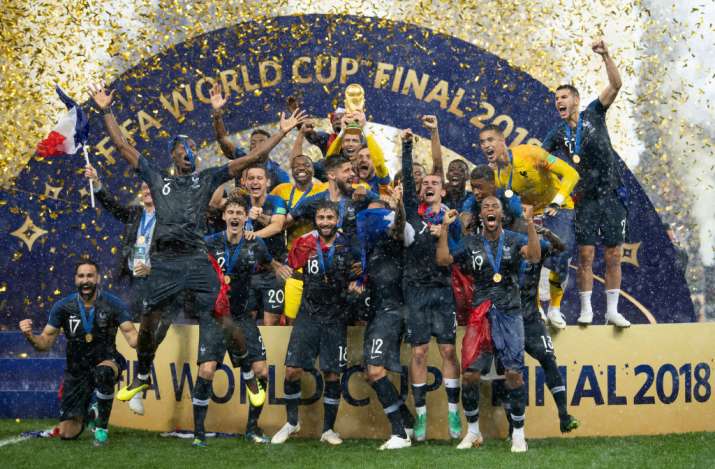 In 2019, Lionel Andres Messi continues to prove his dominance over rivals in world football and showed why he is the Greatest of All Time (G.O.A.T) by winning his record 6th Ballon d'Or award on Monday.

Messi overtook his arch-rival, Cristiano Ronaldo, to become the first footballer to win the coveted Ballon d'Or trophy record six-time. In their decade long domination in world football, it was never a single occasion when the Portuguese managed to overtake to Barcelona maestro. It is always Messi who had an edge over him. Messi scored 51 goals in 50 games last season to clinch many big trophies in world football, which include European Golden Shoe, Pichichi Trophy, UEFA Forward of the Year Best FIFA Men's Player apart from his 6th Ballon d'Or.