Setien went with too defensive approach against Sevilla, he chose to play with three midfielders, who are known to play at holding positions - Sergio Busquets, Arturo Vidal and Ivan Rakitic.

The goal-less draw against Sevilla once again proved that Barcelona are not up to the mark this season. The way they are playing the defending Spanish champions might end the season trophyless. Real Madrid are now just three points behind the Catalan giants with one extra game in hand. The Blaugrana are already knocked out from Copa del Rey after heartbreaking defeat against Athletic Bilbao before the coronavirus break. Overdependency on Lionel Messi is increasing day by day which might cost them Champions League again.

The Quique Setien's tactics are not working in Barcelona's favour. Before coronavirus break, they lost to Real Madrid in much-hyped El Clasico and now the struggling show in the draw against Sevilla is the proof of the Catalan giants falter. Setien went with too defensive approach against Sevilla, he chose to play with three midfielders, who are known to play at holding positions - Sergio Busquets, Arturo Vidal and Ivan Rakitic. There was no one in the midfield in the Saturday's clash who could create a chance from the midfield. Messi also had an off game and was constantly marked by the Sevilla players quite aggressively in the first half. Suarez was off-grid and slow with his pace, which is a sign for Barcelona to recruit a young striker in the next transfer window.

One of the major debatable decision of Setien was to put Antoine Griezmann on the bench in the big clash like Sevilla. Setien went with Martin Brathwaite, who scored in the game against Mallorca. Griezmann has not been up to the mark but putting a big player like him on the bench in a big game is questionable in every sense. Griezmann only played 15 odd minutes in the game against Sevilla.

Goalkeeper Marc Andre Ter Stegen is the only player apart from Messi, who has been performing consistently well for Barcelona this season and has been the unsung hero in many games. 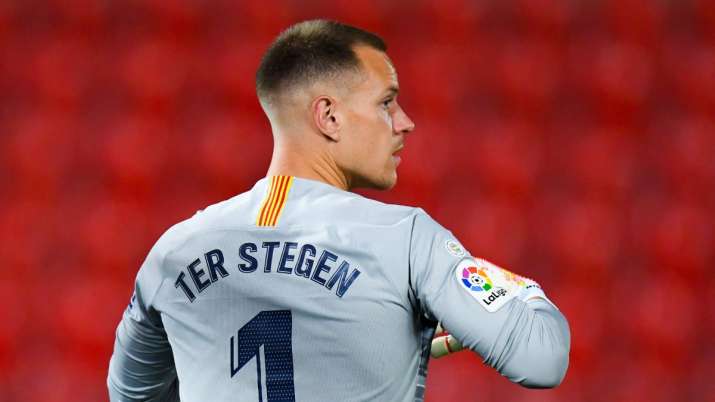 Some of the recent thoughts of Barcelona players also seemed opposite to Setien. After the draw against Sevilla, senior defender Gerard Pique looked dejected and pessimist as he claims it will be difficult for Barcelona to win the league.

"It doesn't depend only on our results anymore," Pique lamented, alluding to the fact that while Barca top the table, Madrid are just three points behind with a game in hand.

"It will be difficult to win this league. We will do everything we can. But from what I've seen in recent weeks, it would be a surprise if Real Madrid drop points," Pique said.

While, Setien took a backfoot on Pique's claim and said, "We knew beforehand that it would be difficult to win all the games left, practically impossible, and that this was one of the toughest matches we faced,” Setién said. “It is frustration of the moment. (…) I am sure (Pique) will feel different tomorrow, and I am sure that Madrid will drop points, too. We have to be optimistic.”

However, Pique made sense as depending on Madrid to lose points in the upcoming games will put extra pressure on Barcelona mentally. In the Champions League, Barcelona are not looking like a solid contender in front of Bayern Munich, Manchester City and Paris Saint Germain. Even, before the La Liga restart, Messi himself claimed that his team will not be able to win the Champions League if they play like they were playing before coronavirus break.

"I never doubted the squad we have and I have no doubt that we can win all that remains, but not by playing in the way we were playing," Messi, who has won four Champions League titles told Sport.

Barcelona will take on Napoli for the second leg of Champions League's Round of 16 on August 7. They have enough time put an end to their miseries otherwise it will be their first trophyless season after 2013-14.