There is a limited sample size but here are some themes to emerge from the opening 11 matches in England’s top division:

The first full round of games of the Premier League restart has almost been completed, with just one team yet to play.

There is a limited sample size but here are some themes to emerge from the opening 11 matches in England’s top division:

If you’re struggling to find time to watch the glut of daily games, maybe just limit your viewing to the second halves.

Seven of the 11 games so far have had goalless first halves. In two of the other four games, the first goals were scored in the 43rd minute and another in first-half stoppage time.

Of the 23 goals scored in total, only three came before the 43rd minute — and two of them were in same game, both scored by Crystal Palace at Bournemouth.

Liverpool manager Jürgen Klopp spoke of a lack of “rhythm” in his team’s play and that was to be expected, with most Premier League clubs playing only in-house training matches as preparation for the resumption.

As predicted, the advantage of playing at home has been seriously impacted because games are being played without any fans.

There were only three home wins out of the 11 games — with two of those victories coming against teams playing with 10 men for part of the match because of a sending-off and the other being clinched with a stoppage-time goal.

Backing this theory up, the second-tier Championship also restarted this weekend and there were just two home wins in 12 matches.

Germany’s Bundesliga might be a good gauge for this: Of the 73 games since its restart on May 16, 20 of them have resulted in home wins — or 27.3%. Home wins accounted for more than 40% of results in the Bundesliga before the break.

However, home teams have become stronger over the last two rounds in Germany, winning 50% of the games.

A temporary rule introduced in many leagues gives teams the option of making a maximum of five substitutes during games, as opposed to three before the pandemic.

Less than half of the teams have chosen to take up that opportunity in the Premier League. 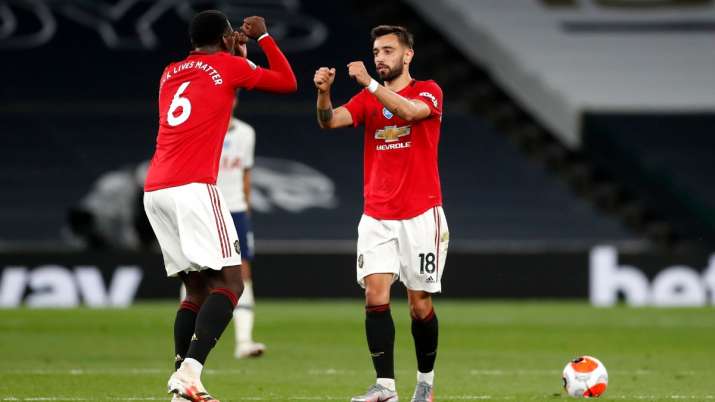 Only one manager opted to make fewer than three substitutions — Jose Mourinho. The Tottenham manager only brought on midfielders Gedson Fernandes and Giovani Lo Celso, both in the 70th minute, despite saying he had “tired people on the pitch.”

Mourinho had the experience of defenders Jan Vertonghen and Toby Alderweireld, the youth of Ryan Sessegnon and Oliver Skipp, as well as record signing Tanguy Ndombele, on the bench. They remained unused subs for last year’s Champions League finalist.

Mourinho has previously said he was against the increase in substitutes available because it was advanced by the “powerful clubs.” Liverpool and Manchester City, the top two, both made five substitutes.

Fears of an increase in in-game muscle injuries because of a lack of preparation time ahead of the restart haven’t yet played out in practice.

According to the Premier Injuries website that tracks injuries sustained in England’s top division, there have been seven confirmed in-play injuries since the restart and only one — James Milner (left hamstring) — has been a muscular problem.

Arsenal has been worst hit, with three players — Bernd Leno, Pablo Mari and Granit Xhaka — being forced off the field through injury during matches against Manchester City and Brighton.

Liverpool’s draw at Everton has opened up the intriguing possibility that the Reds could get the opportunity to clinch their first league title in 30 years at the ground of their main rival. 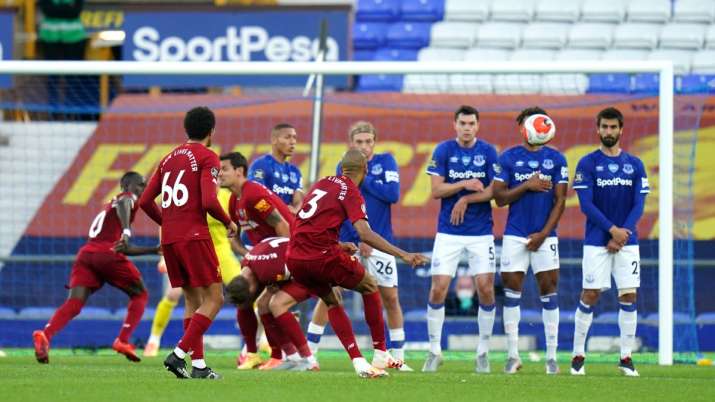 Sealing the title at defending champion Manchester City’s Etihad Stadium on July 2 would be a symbolic, passing-of-the-baton moment.

Yet, it could happen before that.

If Liverpool beats Crystal Palace at home on Wednesday, Klopp’s team would clinch the title if second-place City loses at fourth-place Chelsea on Thursday. City also plays at home to Burnley on Monday.