Afghanistan are scheduled to play three-match ODI series against Pakistan, which is due to begin on September 3 in Sri Lanka.

In a picture doing rounds on social media, armed Taliban men can be seen in the conference hall of a headquarter after their takeover of Afghanistan.

According to media reports, members of the Taliban regime took over the Afghanistan Cricket Board (ACB) headquarters in Kabul and were also accompanied by former national cricketer Abdullah Mazari.

However, the picture featuring Mazari has not been taken at the ACB head office. "The photo that was widely circulated on social media was not taken inside the ACB. It was taken at some different government organization where Mazari was also present," said Ibrahim Momand, the ex-media manager of the Afghanistan cricket team, told India TV in an exclusive interaction.

"There is however another picture of Mazari that is clicked at the Afghanistan Cricket Board (ACB) headquarter. You can see the armed Taliban men in front of Lexus vehicle. In the middle is former Afghanistan cricketer Abdullah Mazari. He was living in Pakistan after his retirement, working as a property dealer," he further said. 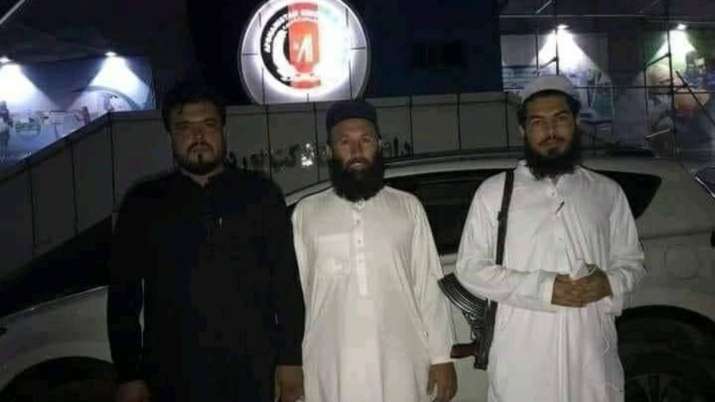 Momand also described the current situation in the country as "critical" and said that the future of women's cricket looks bleak at the moment.

"The situation of Afghanistan is critical. People are living with uncertainty at the moment. The Afghan leaders are currently in talks with the Taliban to establish an interim government but we don't have any idea about the development.

"Taliban loves the sport and they want cricket to evolve. Cricket in Afghanistan flourished during the Taliban era but only time will tell how the new generation responds to the takeover. However, I'm not sure if the Taliban will allow women's cricket to develop in the country," he said.

Despite the Taliban takeover, ACB CEO Hamid Shinwari has said that the sport won't get affected and the Taliban "loves" and supports cricket.

"Taliban loves cricket. They have supported us since the beginning. They did not interfere in our activities. I don't see any interference and expect support so that our cricket can move forward. We have got an active chairman, I remain CEO until further notice.

"It can be said that cricket flourished during the Taliban era. It is also a fact that many of our players practised in Peshawar and they made the sport mainstream in Afghanistan," Shinwari was quoted as saying by PTI.

Afghanistan are scheduled to play three-match ODI series against Pakistan, which is due to begin on September 3 in Sri Lanka. The squad is expected to depart within the next four days and all matches of the series will be played in Hambantota.

Afghanistan cricket stars Rashid Khan and Mohammad Nabi are due to feature in the remainder of IPL 2021 and the subsequent T20 World Cup.

Afghanistan is currently under Taliban control. The government forces collapsed without the support of the US military, which invaded in 2001 after the September 11 attacks and toppled the Taliban for its support of Al Qaeda.