Team India’s dynamic wicketkeeper-batsman Rishabh Pant is celebrating his 24th birthday today. Pant, who is an integral part of the Indian team across all formats of the game, made his international debut against England in a T20I in 2017. He has since represented India in 25 Tests, 18 ODIs, and 33 T20Is.

Almost immediately after his arrival in the international setup, Pant was burdened with supernatural hopes and expectations which were once the copyrighted property of the great Mahendra Singh Dhoni. Filling the great man’s shoes was never easy; specifically, when Pant’s position in the batting order rarely allowed both to play together, meaning his appearances remained inconsistent throughout the starting phase of his international career.

IPL 2021, KKR vs DC: Eyeing play-off berth, Delhi have their nose ahead against Kolkata

IPL 2021: Avesh Khan is the find of the season for us, says DC skipper Rishabh Pant

After Dhoni made himself unavailable for selection post the 2019 World Cup, Pant was selected as first-choice wicketkeeper-batsman for Team India. It took time for the youngster to grow into the role across all three formats, as he learned to live up to the pressure of incessant comparisons with Dhoni. After significant setbacks which also saw Pant being dropped from the limited-overs setup, the youngster finally made a remarkable return in December ‘20/January '21 in the Test tour of Australia, which marked the return of Pant in all formats.

Ahead of the 2021 IPL season, Pant, riding on his brilliant form, was named the captain of his Indian Premier League (IPL) franchise Delhi Capitals in the absence of first-team skipper Shreyas Iyer, who was ruled out due to injury. When Iyer did make a comeback in the second leg of the season, Pant retained the leadership role.

As the youngster turns 24, let’s take a brief look at his career trajectory so far:

U-19 Hero and IPL contract 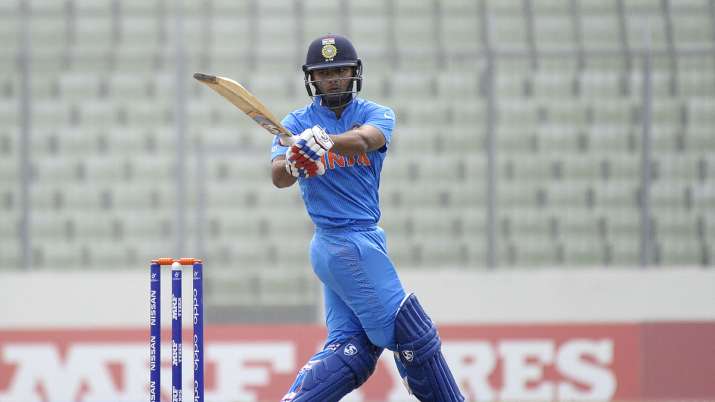 After significant struggles in his teenage years which saw Pant traveling to Delhi from his native place of Roorkee (Uttarakhand) during weekends for his cricket practice, then deciding to switch to Rajasthan before coming back to Delhi, the youngster finally received a Ranji call-up from the national capital side in 2015. He delivered impressive performances for Delhi and was picked in the U-19 World Cup side.

Pant ended the 2016 global age-group tournament as India’s second-highest scorer (267 runs in six innings). His flamboyant style of play garnered attention in the IPL auction which took place during the tournament. After a relentless bidding war between Delhi Capitals, Royal Challengers Bangalore, and Mumbai Indians, the Delhi-based franchise finally bought him for INR 1.9 crore.

He played 10 games in his inaugural IPL season in 2016. Largely batting in the lower-middle order, Pant scored 198 runs at a decent strike rate of 130.26.

Pant's impressive outings for Delhi secured him a place in the North Zone squad for the Syed Mushtaq Inter-Zonal Trophy in 2017. In three matches, Pant scored 60 runs -- however, the wicketkeeper-batsman scored at an impressive strike rate (157.89). His power-hitting skills impressed the national selectors as he received his first international call-up ahead of the home T20I series against England.

Pant made his T20I debut on February 1, 2017. Batting at number 6, Pant arrived at the crease with 11 balls remaining in the innings and scored an unbeaten 5. With the presence of MS Dhoni as designated wicketkeeper in the XI, Pant played as an outfield player.

Struggles at the highest level 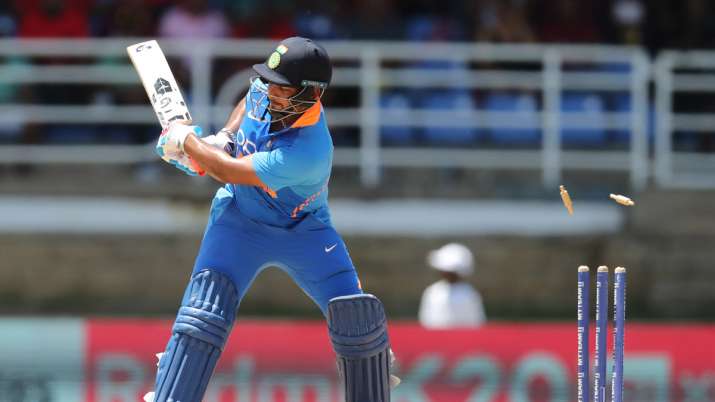 While Pant’s dynamic style of batting became his USP, it also proved the reason for his struggles as he continued to adapt to the challenges of international cricket.

In the 2018 Indian Premier League, Pant’s incredible onslaught saw him end the season as the second-highest run-getter (684 runs in 14 innings) with a century and five half-centuries. However, his aggressive approach didn't reap rewards with Team India as Pant's uninformed stroke-playing in limited-overs formats decisions drew criticism. On many occasions, the youngster didn’t play to the match situations and conceded cheap dismissals, which led to him being labeled a ‘reckless’ batter. The lack of opportunities due to the presence of a designated wicketkeeper-batsman (MS Dhoni) didn’t help the wicketkeeper-batsman to grow into the role either.

However, Pant was called into the Test side for the overseas tour of England in August-September and made his debut in the third match of the series after inconsistent performances from Dinesh Karthik. He impressed in the final Test where he, along with KL Rahul, almost steered an incredible match-saving effort.  He scored 114 in the second innings of the Oval Test against England.

The innings cemented Pant's spot in the Indian Test XI, and he continued to produce strong performances in the home series against West Indies (184 runs in 2 innings) and the away series against Australia (350 runs in 7 innings).

However, throughout this time, Pant continued to lose his credentials as a reliable wicketkeeper-batsman in the limited-overs formats.

Pant was not included in the 2019 World Cup squad but was called in as a replacement for the injured Shikhar Dhawan during the tournament. After MS Dhoni made himself unavailable for international selection post the tournament, Pant made a return to the Indian limited-overs squad as designated wicketkeeper-batsman.

However, Pant failed to cement his place in the side with inconsistent performances in both formats. In six ODIs he played across August 2019-January 2020, Pant scored 163 runs at an average of 26.6. His record was worse in the T20Is, where he could only score 177 runs in 13 matches during the same timeline, averaging 22.12.

The Delhi youngster lost his place in the XI to KL Rahul, who performed brilliantly – first as a makeshift wicketkeeper-batsman during the series against West Indies and then as a designated one in the whole of the limited-overs tour of New Zealand. 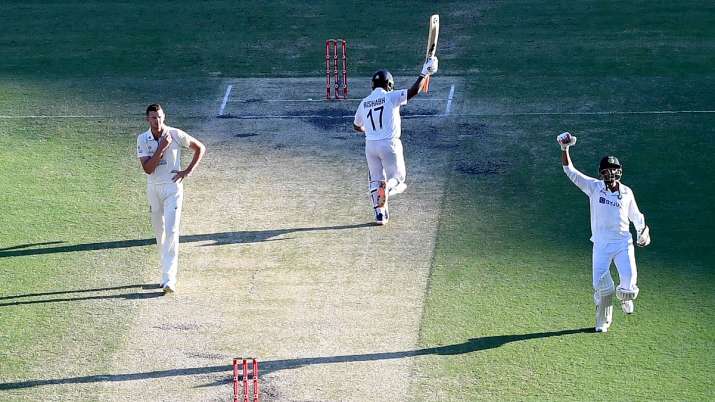 Pant’s frustrating run continued in the 2020 edition of the Indian Premier League where he scored 343 runs in 14 innings, averaging 31.18. More importantly, his strike rate was merely 113.95. He was kept out of the limited-overs series against Australia but maintained his place in the Test squad.

Pant made a return to the XI after being dropped for the first Test and impressed with his wicketkeeping skills. In the third Test in Sydney, the youngster produced a brilliant batting effort to help India secure a hard-fought draw.  Pant's 97-run innings in the Sydney Test was special as the wicketkeeper-batsman took calculated risks instead of being aggressive from ball one, and succeeded.

In the fourth Test in Gabba, Pant steered India to a historic victory with an unbeaten 89 in the second innings, forging partnerships alongside captain Ajinkya Rahane, Mayank Agarwal, Washington Sundar, and Shardul Thakur. Pant hit the winning runs in the game to seal a 2-1 series victory for India.

Pant’s consistent performances and an increased reliability factor proved key to his comeback in the home ODI and T20I series against England. 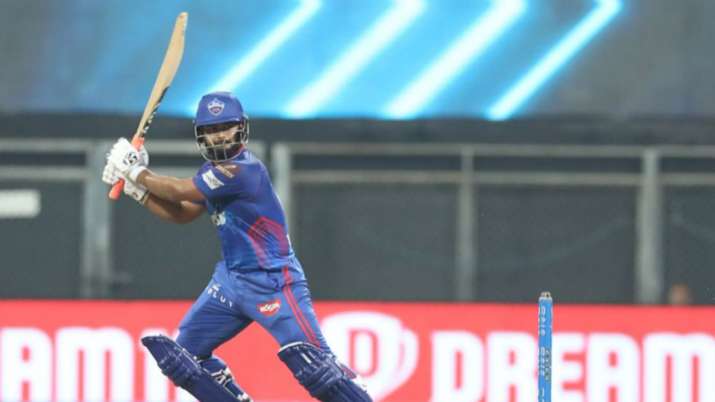 Pant continued on his brilliant form in the home Tests against England, scoring 270 runs in six innings (including a century). On his return to ODIs, Pant slammed two back-to-back half-centuries (77 and 78) against England, playing a key role in the 2-1 series victory in the three-match series. In the T20Is, Pant registered decent scores of 21, 26, 25, and 30 while shuffling between no.4 and 5 in the batting order. He didn't bat in the final match of the series.

Ahead of the 2021 Indian Premier League season, Delhi Capitals captain Shreyas Iyer suffered a shoulder injury, prompting the franchise to appoint Rishabh Pant as the skipper of the side despite stalwarts like Ravichandran Ashwin, Ajinkya Rahane, and Shikhar Dhawan in the squad.

Delhi Capitals made a bright start under Pant’s captaincy and became the second team to qualify for the playoffs earlier this week. They’re currently level on points with the first-placed Chennai Super Kings (18).