Among the five losses MI incurred this season, the final one, scripted by the clinical bowling attack of SunRisers Hyderabad, laid a blueprint that teams in the playoffs can aim to take a leaf out of.

Mumbai Indians have been the most dominant team in IPL 2020 - a strong first XI where all departments have looked equally formidable, and decent bench strength. And it was comprehensible from the manner in which they separated themselves from the rest seven as the league stage unravelled amid the changing UAE conditions.

While remaining top-three stuttered and the bottom teams pressed their cases, Mumbai played like defending champions, qualified first for the playoffs, and even allowed themselves an inconsequential tie where they managed to rest their key players. Yet, among the five losses they incurred this season, the final one, scripted by the clinical bowling attack of SunRisers Hyderabad, laid a blueprint that teams in the playoffs can aim to take a leaf out of.

Delhi Capitals will take on Mumbai in the first Qualifier of IPL 2020 in Dubai. Both teams have arguably the best bowling attack, besides SRH, and hence the battle will boil down to respective batting units. Present form clears tilts the axis towards Mumbai Indians, especially in the death overs where they score at 12.41 runs per over, compared to Delhi, who have vastly relied upon Shikhar Dhawan. Hence, Delhi's sole aim would be to restrict Mumbai to a low total.

One area of batting where Mumbai have excelled the others has been in the middle overs where they score at 8.28 runs per over well ahead of any other teams this IPL. And the architects behind this impressive run-scoring rate have been Suryakumar Yadav and Ishan Kishan. While Suruyakumar has been scoring at a strike rate of 135.3 during the phase this season, Kishan betters him, scoring at 141.8 a strike rate. However, SRH had managed to keep both quiet in their battle on Tuesday in Abu Dhabi by introducing off-spinner Shahbaz Nadeem. Kishan's strike rate falls to 126.1 against offies while for Suryakumar it is 114.8.

Nadeem came up with the plan to execute carrom ball during the game against Mumbai Indians, and together with Wriddhiman Saha, the pair dismissed Suryakumar and Krunal Pandya inside one over and managed to keep Kishan quite with four runs off six balls. 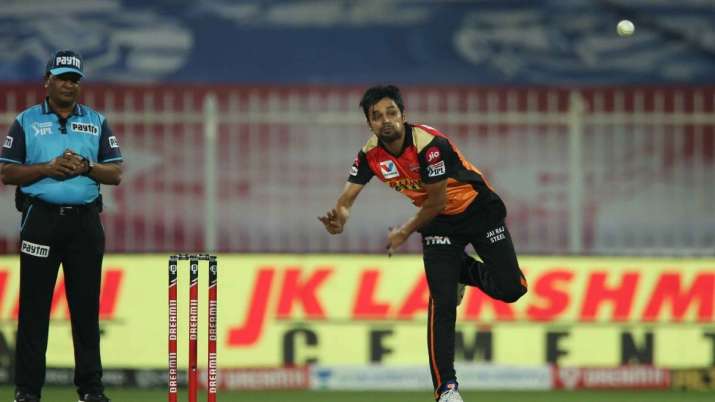 “I have been working on the carrom ball for a couple of years and I thought it was the right time to bowl it because they have a lot of left-handers in their side. The round arm delivery doesn't bounce much, but it also depends where it pitches - if it pitches on the leather it stays low and if it pitches on the seam it bounces extra. Today I was looking to get it to skid from the leather,” he explained.

The Capitals can deploy R Ashwin, who specialises in this niche variety, to take care of Mumbai's middle-order pair.

Daniel Sams, left-arm medium-pacer, can be another strategy, especially against Suryakumar, who has been the heart of Mumbai's batting over the last three seasons. The uncapped batter does not like the change in the angle which is visible from his strike rate of just 119.2 since IPL 2019 while averaging just 15.5 with two dismissals during the middle overs.

Mumbai have also dominated the death overs in IPL 2020, scoring at a tremendous rate of 12.41 runs per over, with the next best being 10.47 (Royal Challengers Bangalore). Kieron Pollard has been the key aspect in this area, scoring at a strike rate of 221.8, with 224 runs in 101 balls. But he has shown struggle against right-arm fast bowlers during this phase, with his strike rate falling to 106.9. Delhi have two best death bowlers in their arsenal - Kagiso Rabada and Anrich Nortje to take care of Pollard. 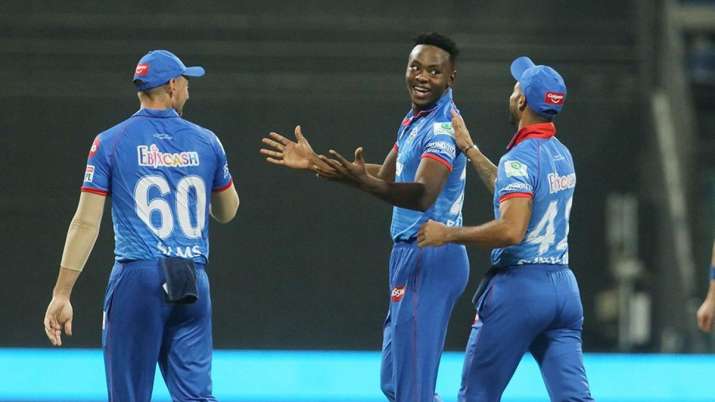 One particular variety that they might target is nailing the yorkers, not full toss. T Natarajan had got his lengths wrong and Pollard smacked him for three consecutive sixes, but was kept quiet each time he bowled the yorkers, before Jason Holder dismissed him bowling the same length.

Mumbai have managed a double against Delhi this season, winning by five wickets and nine wickets respectively leaving Shreyas Iyer's side a lot to cover before heading into the game, but SRH sure did show that the defending champions were not unbeatable.

"I don’t think they have an upper hand. We’ve got a quality team and we know we can beat any team. We just have to play good cricket and have to be very clear with our plans. I believe if we manage to do that, we can certainly win," Shikhar Dhawan said during a virtual press conference on Wednesday.