With 12 points from 14 games, CSK finished seventh in the points table, escaping the wooden spoon by virtue of some late wins. But the season as Dhoni explained, "was a difficult campaign for us.

Was Chennai Super Kings' journey this season and the eventual fate they incurred shocking? If you start recalling all the pre-season discussions, you would actually end up thinking, "never". Yet, when Chennai stood on the brink of elimination midway through last month, it seemed something hard to believe and comprehend. In 2018, when CSK came back from suspension and assembled a team of veterans, they were ridiculed as 'Dad's Army'. However, they defied all odds to not just prove critics wrong, but also add a new perception to winning T20 leagues, en route to their third title in 2018. They almost repeated history the following season when they lost only by a run to Mumbai Indians in the final. Could they go by the same formulae another season? MS Dhoni and Stephen Fleming felt confident, but 10 games later, the head coach admitted what could be considered to be on familiar lines of Roger Murtaugh's famous catchphrase from Lethal Weapon.

The team that boasted of vast international experience was carried by slow-moving legs that only got slower through the tournament. What hurt them, even more, was that there was no plan B, which Dhoni explained by saying that the youngsters failed to press their case for inclusion into the playing XI as they showed no "spark".

With 12 points from 14 games, CSK eventually finished seventh in the points table, escaping the wooden spoon by virtue of some late wins. But the season as Dhoni explained, "was a difficult campaign for us. I don't think we played to the full potential. We did commit a lot of errors at different points in the tournament."

1) Imran Tahir, who was the Purple Cap winner in IPL 2019, made just two appearances for Chennai Super Kings in the UAE where pitches have statistically favoured spinners more than pacers. He literally dominated the bowling charts last season with his wickets to SR ratio being the best among all bowlers. Moreover, he headed for IPL 2020 on the back of an impressive CPL season where he picked up 15 wickets, third-most, at 15.93 and strike rate of 16.40. According to CricViz, since 2018, he has been the best leg-spinner in T20 cricket, taking 158 wickets at a strike rate of 17.7. Tahir's inclusion could particularly help to mend CSK's inability to make an impact in the spin department. Their veteran, Piyush Chawla played only seven games this season picking six wickets at 33.4. 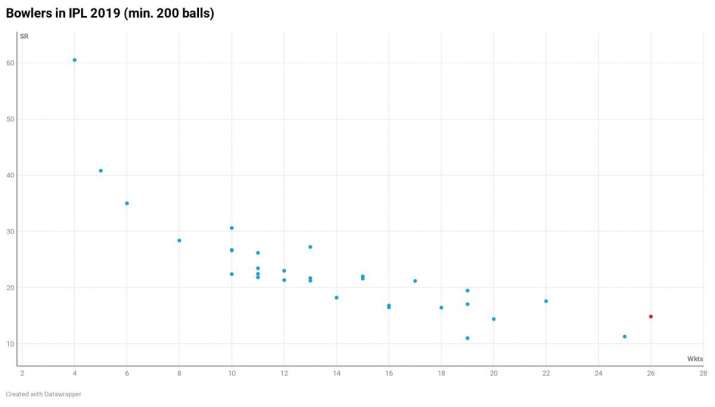 CSK's notion to fit in an impressive Sam Curran and a returning Dwyane Bravo in the presence of Faf du Plessis and Shane Watson, denied Tahir a spot in the lineup. But it only turned out to be CSK's loss in the end.

2) Lack of experience from the experienced lot: Watson, Dhoni, Bravo, Ambati Rayudu, Dhoni, Murali Vijay, Piyush Chawla - five of them were CSK's stable playing XI members and neither of all played a single match, in any format or tournament, in the last one year. And here are their age as follows - 39, 39, 37, 35, 35, 36 and 31. Isn't it natural that they would lack that athleticism? 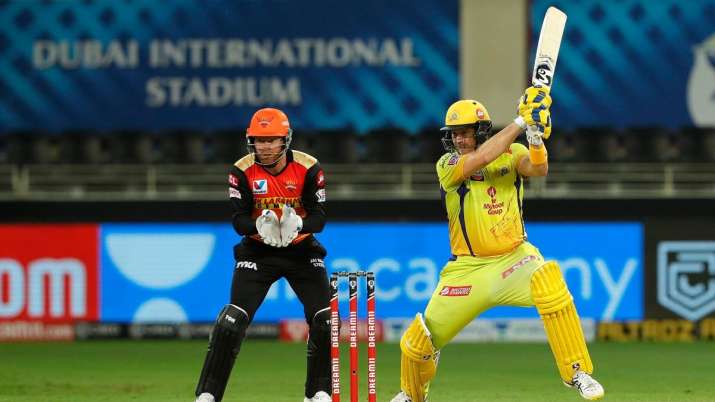 Watson managed only 299 runs in 11 innings at 121.05, his best being that unbeaten 83 against Kings XI Punjab. Dhoni finished with 200 runs in 14 matches at 25.00 with no half-century score. Jadhav scored only 62 runs in eight matches without a single six. Vijay managed only 32 runs in three matches at 10.66. Bravo played six matches and picked only six wickets at 30.00. The only exception among them was Rayudu, who managed 359 runs in 12 matches at 39.88.

3) Absence of Suresh Raina and Harbhajan Singh: One might argue putting forth their age and lack of cricket as an argument to opine that two might have had less impact in CSK's unforeseen season. Like Harbhajan, Raina too last played cricket in IPL 2019. But the two indeed have been very consistent with their IPL performances. Raina's presence at No.3 would have added much-needed stability to the batting lineup while making an impact in the middle overs. While Harbhajan, together with Tahir, could have boosted the spin attack.

4) Away from home: One of the key aspects of CSK's run to the playoffs in all their last 10 seasons was their home domination. They lost just two games at home in their last two seasons. In fact, CSK designed their team perfectly capable of withstanding on the slow-turning Chepauk track. But with IPL's move to UAE, their plans were disrupted.

What were the positives?

Towards the end of the season, when CSK were out of contention, the management found a "spark", one for the future. Ruturaj Gaikwad bounced back in style, first from COVID-19 and then form a few torrid starts as a middle-order batter, to score three half-centuries in a row, first-ever by a CSK batsman. 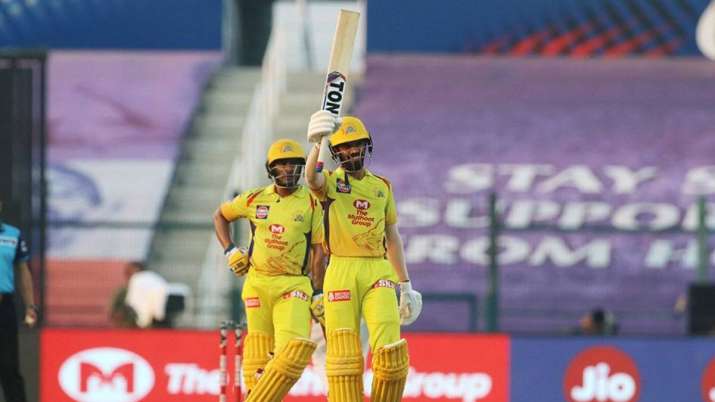 CSK also found a new finisher in Ravindra Jadeja who scored 232 runs at 46.40 with one half-century. His death-over strike rate of 206.7 was only better than Kieron Pollard, AB de Villiers, Hardik Pandya and Eoin Morgan among batters who faced more than 70 balls during that phase.

Plan for the future?

Following the end of their season, both Dhoni and Fleming called for a revamp. It is yet to be seen whether there will be a mini or mega auction for the 2021 season, and whether it will be held in India, but CSK's plan will be to invest a lot in youth. Curran and Gaikwad might get a longer stay at CSK along with N Jagadeesan who showed some "spark" with his unbeaten 33 in the only game he got this season. CSK will look to build around a core that will now comprise Du Plessis, Rayudu, Jadeja, Bravo and Deepak Chahar and might release Vijay, Jadhav and Chawla. Also, whether Raina and Harbhajan will make a return to CSK after both had opted out of IPL 2020, is yet to be seen.

If Raina is released, they might want to add an Indian batter for the No.3 and look for Bravo's replacement given his fitness issues. Lungi Ngidi might be retained s well after his three-wicket haul against KXIP in the last game, but Josh Hazelwood's place is still a concern. With Bravo gone or replaced, CSK also might want to add a death bowler to their list.