Former Australian pacer Brett Lee has picked his winner for the upcoming edition of the IPL, and also said that he expects 'big things' from one of India's star players.

Former Australian fast bowler Brett Lee has named his pick for the winners of the upcoming edition of the Indian Premier League. The 2020 IPL begins on September 19 when last year's finalists, Mumbai Indians and Chennai Super Kings take on each other in the opener.

Lee, who is in India for a commentary stint for the IPL, interacted with fans on his official Instagram profile and answered multiple questions on the tournament, as well as his cricket-playing career.

Aaron Finch could play the role of vice-captain to Virat Kohli in IPL 2020, feels Brett Lee

CPL 2020: Brett Lee picks Rashid Khan as player to look out for

When asked on who could win the IPL this year, Lee said, "Hard to say but let's go with @cskofficial." 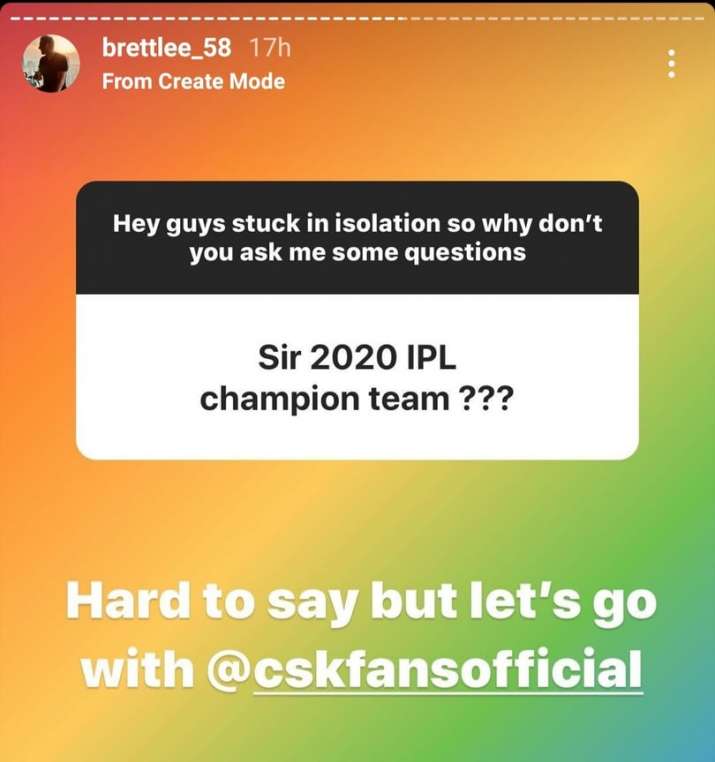 Chennai Super Kings have won the IPL on three occasions so far. However, they faced early setbacks ahead of the tournament with the withdrawal of Suresh Raina and Harbhajan Singh.

Brett Lee also named the two teams which he believes can reach the play-offs of the tournament. He named his former IPL franchise Kolkata Knight Riders and Sunrisers Hyderabad.

A fan asked if Pat Cummins can steer KKR to a third IPL title, to which Lee replied, "He is world class! Definitely on the cards for the @kkriders to be in final 4." 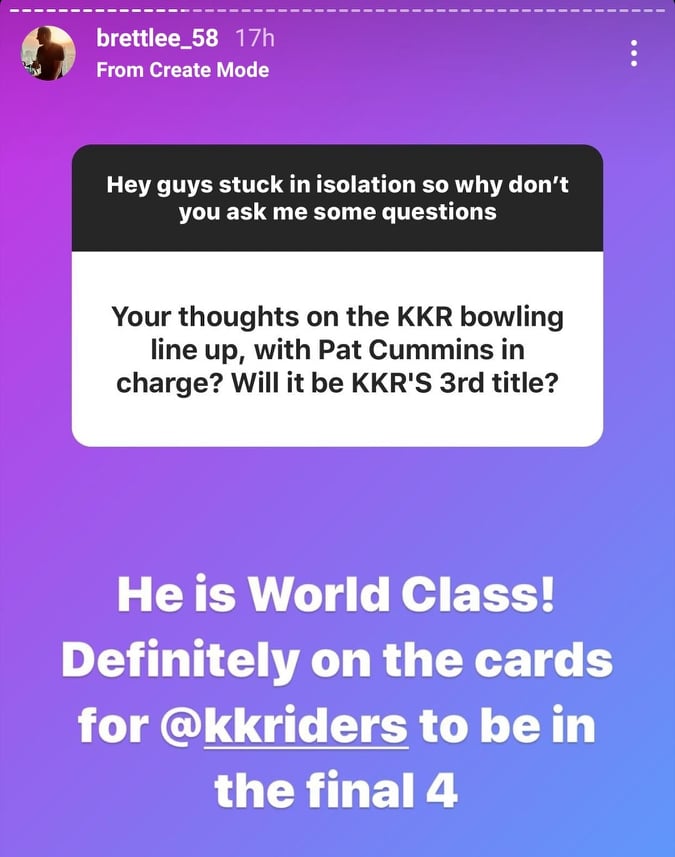 When asked on the prospects of SRH, Lee said, "Got a well balanced side. Will feature in top 4 I reckon." 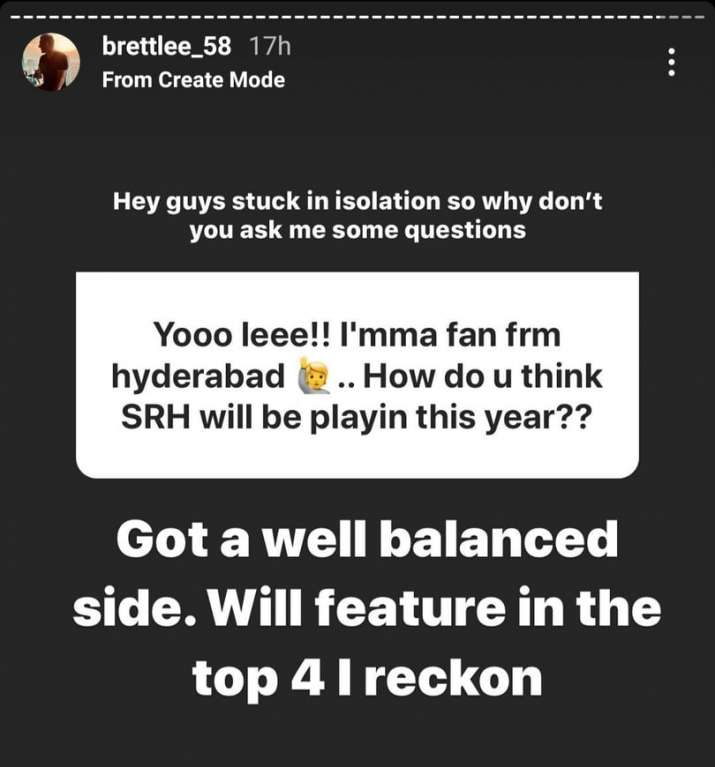 The Hyderabad franchise will be led by Australian opener David Warner in the upcoming edition of the tournament. 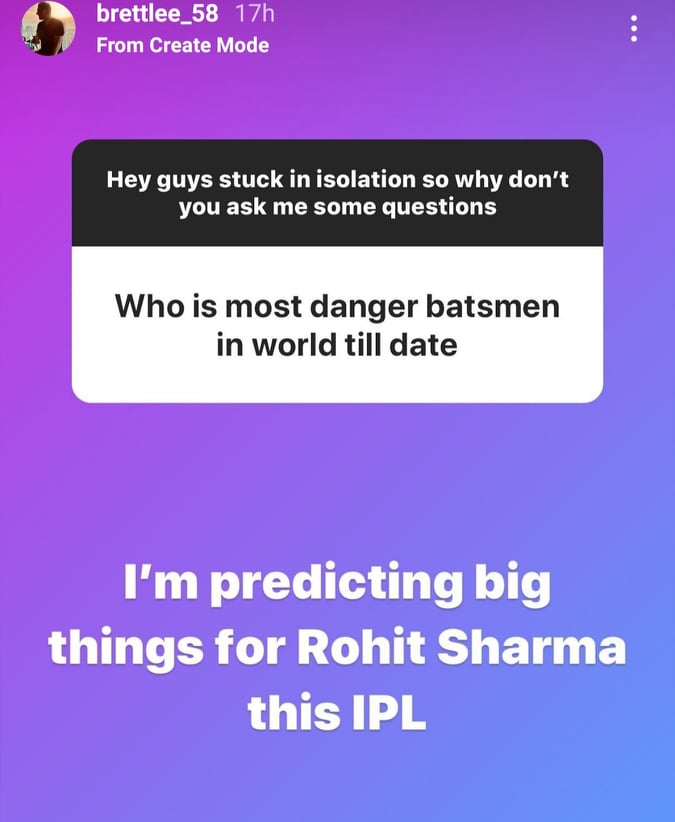 Brett Lee also said that he is expecting "big things" from Rohit Sharma in IPL 2020.