Not once, but twice were they in a position to put pressure on New Zealand after the bowlers impressively pulled back things in their favour. But as Kohli admitted, it was the batting frailties that cost them the title

Before the start of the reserve sixth day under the bright Southampton sky, ICC had tweeted a video of the Indian skipper, captioning, "The many faces of Virat Kohli!" None of it summed up the fate India incurred at the Rose Bowl Arena the same evening. The one that did was of Kohli, his face sunk between his palms when Jasprit Bumrah dropped the skier from Kane Williamson. But when the inevitable happened, Kohli was gracious in defeat. The camera caught him shaking hands with his teammates first before walking over to Ross Taylor and Kane Williamson to congratulate them.

India were well in the contest and insight of grabbing the maiden World Test Championship trophy. Not once, but twice were they in a position to put pressure on New Zealand after the bowlers impressively pulled back things in their favour. But as Kohli admitted, it was the batting frailties that cost them the title, just like in India's last two crucial defeats in English conditions in ICC events - Champions Trophy 2017 final and World Cup 2019 semifinal.

Need to bring in right people with right mindset: Virat Kohli indicates at overhaul of Test side

On the third morning, India began the day on a well-placed 146 for three with Kohli on an unbeaten 44 and Ajinkya Rahane on 29. A 300-plus total held a strong possibility and that could have added to New Zealand's worries with Kohli in zen-like mode, illustrated by his control percentage of 93. But following the skipper's dismissal, without adding to his overnight score, India suffered a collapse, losing their remaining wickets for just 71 runs. This downfall was highlighted by the moment of misjudgement from Ajinkya Rahane, who had overcome a nervy start on the previous evening and was into a well-set 40, when he half-heartedly pulled a shorter delivery from Wagner to Tom Latham at square leg. 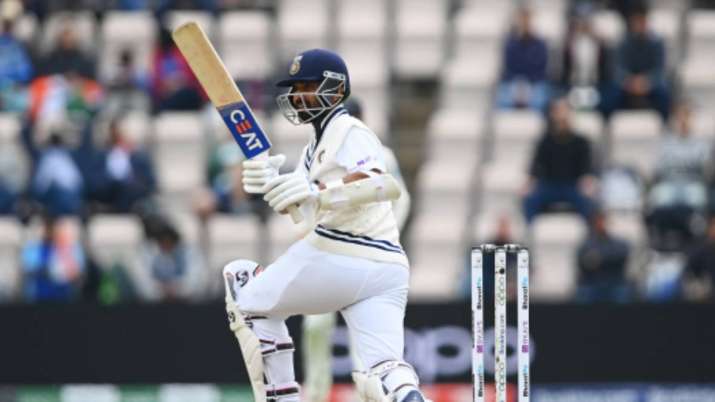 A similar collapse was witnessed on the final morning when India had started the day on 64 for 2, looking to add to their lead of 32. The first hour held significance with India's solitary aim being to attack the pacers. But inside the opening hour India their overnight pair of Kohli and Cheteshwar Pujara for just eight runs in 7.3 overs. Rishabh Pant, who was dropped on 5 by Tim Southee, was the only player who looked to attack the pacers as he scored 41 off 88.

What India lacked was aggressive batting, which Kohli later pointed out at the end of the game. With New Zealand bowling a more attacking length, which came at risk of conceding more runs, India failed to make the most of it, barring Pant, who looked to shimmy down the track against Neil Wagner.

"You need to find ways to disrupt that," Kohli said. "If you don't put their bowlers under pressure then they have the fitness and the consistency to bowl long spells and keep bowling all day in the same areas and trouble you, and the more momentum you give them, then invariably they get the breakthroughs they want."

"The mindset has to be to score runs and find ways to score runs," he added. "You can't be too worried about getting out because you are [then] bringing the bowler into the game completely and not moving the game forward. We know that, as a batting unit, if we consistently put up 300 on the board then it is a different kind of pressure on the opposition with the kind of bowlers that we have.

"The idea from here on will be to try to score runs and not worry about getting out in testing conditions," Kohli said. "That's the only way you can score and put the opposition under pressure, otherwise you're just literally standing there hoping that you don't get out and eventually you will because you're not being optimistic enough.

"I think you have to take more risks and calculated risks and be confident about taking those risks against a quality bowling attack like New Zealand."

India's performance on Day 6 also highlighted their freshly brewing batting issue in the third innings of a Test. Since 2020, India have batted five times in the third innings, averaging only 15.26, with only Afghanistan (12.50) standing behind them. India lost four, three of which came against New Zealand and the other being the infamous '36 all-out' Pink-Ball Test, and won just one.

Another key area that stood as the difference between the two sides was tailenders (8-11). New Zealand's lower-order (8-11) added 58 runs for the loss of three wickets that took their total from 162 for six, when they were 55 runs behind India's first innings total, to 249, finishing with a 32-run lead.

India's, however, have dearly felt the absence of a lower-order batsman who could bat. Since 2018, while New Zealand's tailenders average 20.10 in Tests, India average only 13.39, eighth-best in the world.

India have a month-and-a-half long gap before the England Test series kick off and will look to make the most of the period to solve their issues through intra-squad matches.