IND vs ENG 2nd Test | Rohit or Mayank? Kuldeep or Axar? What next for Team India to bounce back

A repeat of the historic 2-1 Test series win in Australia would take India into the final of the World Test Championship.

India, bolstered by skipper Virat Kohli's return, had a sense of elation, beaming with confidence as being favourites to win against England in the series opener at Chepauk. Despite being 39/1 at the end of the fourth day, with a colossal 420 to chase the next day, most Indian fans were hoping to see at least a draw, reminiscing India's historic Test series win Down Under.

The Ajinkya Rahane-led touring party, not long ago, scripted history by breaching The Gabba fortress and registering back-to-back Test series wins in Australia. Gill notched up a brilliant 91 before Pant slammed an unbeaten 89 to steer the visitors across the finishing line. Pujara, who took several blows, provided resistance in the middle with his 211-ball 56. In the end,  Pant smacked it to the long-off boundary for a winning four --  a moment that'll be remembered for generations.

ICC Test Rankings: Kohli down to fifth as Root moves up to third after Chennai double ton

With the likes of Kohli, Gill and Pant in India's batting weaponry, there was still a glimmer of hope that the hosts would once again put up a defiant rearguard versus England. But contrary to expectations, the batting set-up was bowled out for 192 in 46.3 overs, with Kohli being the only batsman to counterblow the bowlers. While Jack Leach took 4/76 to dent India's hopes, it was James Anderson's bowling show against Rahane and Gill which sealed the game for the visitors. Jimmy removed both the batsmen within four deliveries on almost identical deliveries, making the off-stump go for a walk and consigning India a rare home defeat, bringing back memories of their horror batting collapse at Adelaide Oval. 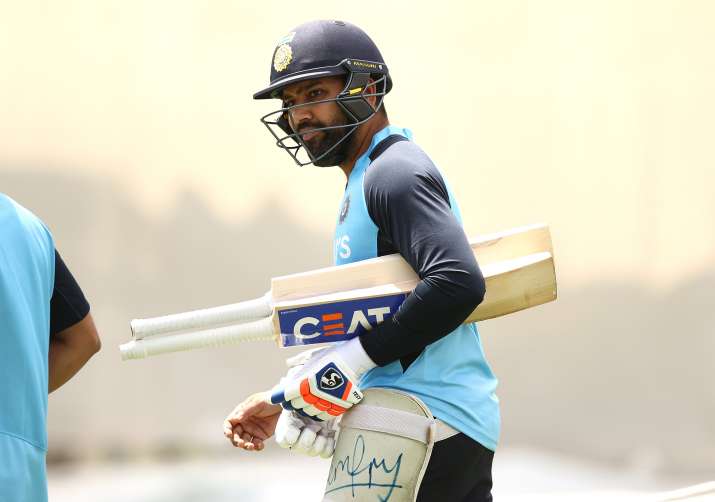 A repeat of the historic 2-1 Test series win in Australia would take India into the final of the World Test Championship. However, the England side, which remained on top on all five days of the first Test, has poised a threat to that. After Joe Root's batting masterclass, England have climbed to the top of the WTC standings, needing two more wins to quash India's hopes.

With the WTC summit clash being on the line, the Indian management would be forced to think about whether it was the poor team selection which cost the Test. While an experienced Rohit Sharma again failed to deliver on top, Rahane -- searching for a big knock since his Melbourne ton -- struggled in both the innings as he aggregated only a run on the Chennai surface. Rohit boasts a Bradmanesque average at home but he looked dodgy with the willow.

Since his return to the Test squad, Rohit has been accused of throwing his wicket away, contrary to his opening partner Shubman Gill, who has lately been in sublime form with the bat. In the last three Test, Rohit has managed to score just 147 runs at an average of 24.50. The same can be said about Rahane, who has been able to gather just 88 runs in the last three Tests. With KL Rahul and Mayank Agarwal on the fringes, India don't have shortage of batsmen.

"If you're talking about the MCG Test, he stood up and scored a hundred when the team wanted it the most. So you can look at a number of innings and what happens from thereon, but the reality of the situation is they've won the series in Australia," said Kohli while defending his deputy. 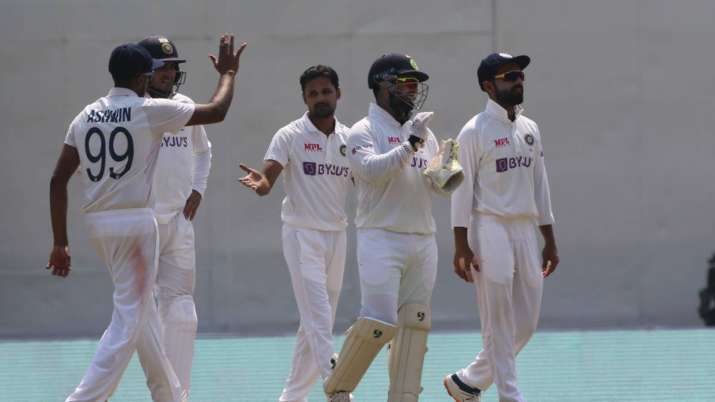 While the two batting seniors failed to lead from the front, it was the Indian bowling unit which initially let the team down. Looking hapless against Root's awe-inspiring batting show, Indian bowlers, spinners, in particular, failed to negate the run-flow on first two days. Root and Ben Stokes scored a bulk of runs with sweeps as Ravi Ashwin, Washington Sundar and Shahbaz Nadeem toiled hard.

Nadeem, playing his second Test after being picked in place of an injured Axar Patel, failed to make an impact, raising questions over Kuldeep Yadav's exclusion from the set-up. The chinaman bowler, who picked a 6-wicket haul in his last Test for India against Australia in Sydney, was not given a green signal ahead of Sundar and Nadeem. Kohli defended the team selection by saying that variation in their bowling attack, and with two off-spinners in Ashwin and Sundar, Kuldeep would not have brought much to the table.

Sundar made a vital fifty to keep India in the contest for a longer time but it was Sundar, the bowler, who failed to bowl in tandem with Ashwin. Nadeem also leaked 233 runs in 59 overs across two innings with an economy rate of close to 4 runs per over. 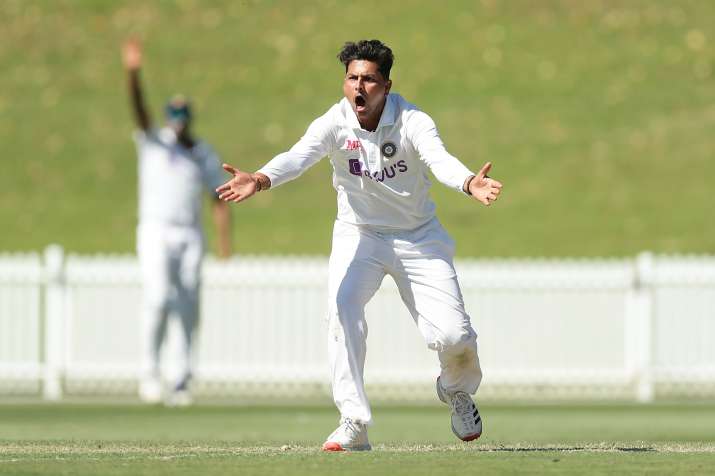 After a crushing defeat, the hosts would certainly think to tinker the with the Playing XI. Though Nadeem managed to pick up four wickets across both the innings, he was seen struggling with no-balls -- an issue which plagued almost every Indian bowler. The touring party bowled as many as 27 no-balls in the match, with the first 20 coming in the first innings.

Legendary India opener Sunil Gavaskar was also critical of overstepping woes and also backed Kuldeep to pip Nadeem or Sundar in the second Test before the caravan shifts to Ahmedabad. Kuldeep, if picked for the second game, will get a much-needed exposure before the third Test of the series, a Day-Night affair at the Motera. Both India and England have won one Day-Night Test each against Bangladesh and West Indies respectively.

“Maybe they will bring Kuldeep Yadav for the next Test in place of Nadeem or Washington Sundar, whoever it is. But they need to look at dismissing England for lesser than what they scored this around. I think Shahbaz Nadeem got just a little bit of nervous. I’m not even talking about the way he bowls but the no-balls it’s always an indication that the bowler is a little too anxious," Gavaskar said on Star Sports.

Axar, ahead of the second Test, was seen batting in the nets which makes the road for Kuldeep much more difficult. As Kohli hinted that the team will be looking dimension to the bowling attack, Axar might be slotted into the side in place of Nadeem, keeping Kuldeep out-of-action for some more time. While the game will be played on a different surface, winning the toss and piling on runs will be crucial for Kohli before the spinners come into the picture.

On the bowling front, Ishant Sharma and Jasprit Bumrah will be aiming to replicate Anderson's heroics irrespective of conditions, with a potent Ashwin complimenting from the other end. While Ashwin completed his 28th five-wicket haul in the first Test, Ishant became the third Indian pacer to take 300 wickets.