India and Chennai Super Kings (CSK) batsman Ambati Rayudu is celebrating his 36th birthday today. The right-hander was born on September 23, 1985 and has appeared for India in 55 ODIs and six T20Is. In the Indian Premier League, Rayudu has played in 167 matches, scoring 3795 runs with one century and 20 fifties.

The batsman has been one of the key members of CSK since joining them in 2018, when they won the IPL title upon returning to the tournament after a two-year suspension. Rayudu was the highest scorer for the side in the title-winning season, slamming 602 runs in 16 matches.

Before CSK, Rayudu represented the Mumbai Indians from 2010-2017.

The 36-year-old made his international debut in July 2013 against Zimbabwe in Harare. Roughly a year later (in September 2014), Rayudu played in his first T20I against England at Edgbaston.

As Rayudu turns 36, let’s take a brief look at his career so far:

Led India in U-19 World Cup

Ambati Rayudu was the captain of the Indian U-19 team which reached the semifinals in the 2004 World Cup. India topped the group competition, beating New Zealand, Bangladesh and Scotland and also stood first in the Super League stage, beating West Indies and Sri Lanka.

However, the side lost in the semifinals to Pakistan by five wickets.

Rayudu was bought by Mumbai Indians ahead of the 2010 season of the Indian Premier League. He scored at a commendable strike-rate of 144.71, scoring 356 runs in 14 matches.

Rayudu played all 19 matches in the MI’s first title-winning season in 2013, and scored 281 runs at a strike-rate of over 145 in the side’s victorious 2015 season in the tournament. 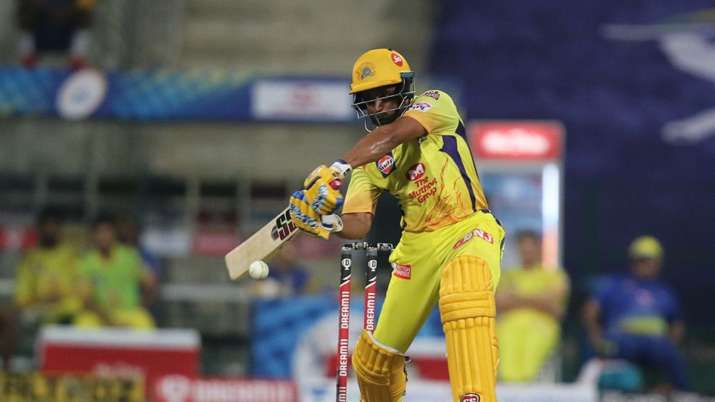 Ahead of the 2018 season of IPL, Rayudu was roped in by the Chennai Super Kings as the franchise made a return to the tournament after two years.

Rayudu was instantly promoted as an opener at CSK and yielded instant results for the side, slamming over 600 runs in his first season for the franchise. He formed an opening pair with Australia’s Shane Watson. Rayudu also hit the winning runs for CSK in the final against Sunrisers Hyderabad, where the side registered an 8-wicket victory.

Since 2019, Rayudu has been a consistent presence for CSK in the middle-order.

Rayudu made irregular appearances for India  between 2013-2016 but made a strong comeback in the 2018 season with the Asia Cup in the United Arab Emirates. He scored two half-centuries and remained unbeaten in two other matches as India defeated Bangladesh in the final of the tournament.

Rayudu then appeared for India in bilateral series against West Indies, Australia, New Zealand and Australia throughout the 2018-19 season. His performances on the tour to New Zealand drew praise from experts and fans alike, as he scored 190 runs in four innings with scores of 13, 47, 40*, 0 and 90.

Rayudu last appeared for India in March 2019 during the home series against Australia.