It was dominance at its best from Australia in front of a record 86174 spectators at the Melbourne Cricket Ground on Sunday. India dominated through the group stages and earned the final spot after rain washed out the semis against England. But their follies were called out by the mighty Aussies on the day that mattered the most, and India could only stand a spectator to their yet another heartbreaking defeat in an ICC final. And here are the reasons why India lost...

Against the first ball of the match, a loose full-toss delivery from Deepti Sharma, Healy shimmied down the track to dispatch the ball over mid-wicket for a boundary. The same would have been the results as Deepti struggled to pitch the ball in her next two deliveries. And when she did, a flatter delivery outside off, Healy steered it through the gap between backward point and third man for another boundary. Deepti finished the over with an over-pitched ball down the same line and Healy punched it through the covers for a third boundary. 14 runs were conceded in the very first over by India and Australia, emphatically, set the tone of the game which remained the same as the visitors looked clueless against the rampaging Healy. She added three more and so did Mooney as Australia asserted their dominance with 40 for 0 by the end of the powerplays.

Following the early onslaught, Harmanpreet brought in Poonam Yadav, the one who had troubled Australia in Sydney in the opener with an impressive four-fer. But Australia looked confident against the leggie with Mooney negating the pressure and allowing Healy to flourish at the other end. And that is how the partnership worked. 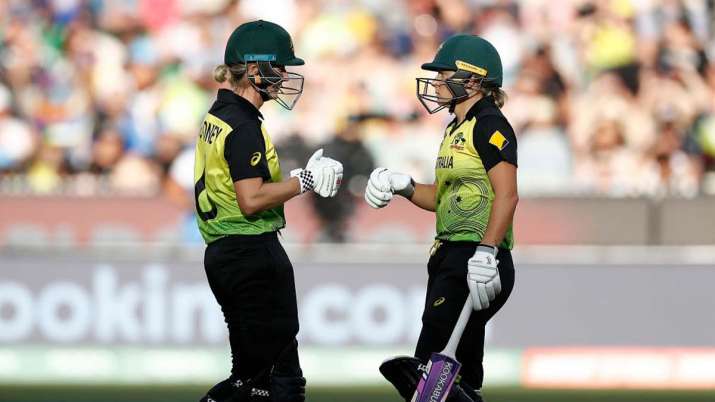 Healy bludgeoned a loopy delivery from Rajeshwari Gayakwad over wide long-on in the next over before smashing another over the same region off the very next ball and then raced away towards her fifty with her seventh boundary in the 10th over to register the fastest fifty in an ICC final, male or female. But the over that stood out in Healy's 39-ball 78 was her hat-trick of sixes against Shikha Pandey in the 23-run 11th over.

It was an out-and-out aggressive approach from Healy, shimming out of the crease on every loose delivery, ones which were in abundant from the Indian attack. Mooney, on the other hand, played a perfect partner to Healy's gameplan, allowing her to execute it perfectly, before carving out her 9th T20I fifty en route to a 54-ball 78.

En route to their onslaught, both the openers were dropped. The first opportunity for India came in the very first over of the match, soon after Healy's twin boundaries. With the batswoman targetting the off-side, Deepti dished out another floated delivery around off as Healy chipped it straight to Shafali Verma at covers. The 16-year-old went for an unnecessary dive to grab the ball and in a bid dropped the opportunity. 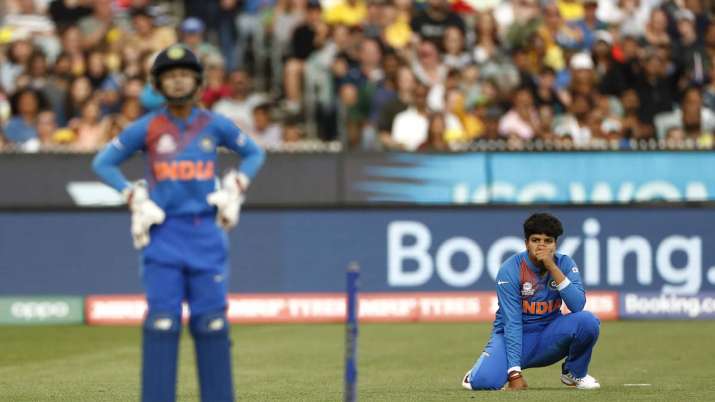 Three overs later, Gayakwad bowled a tossed up delivery at Mooney, at 8 then, and she smacked it straight at the bowler. Gayakwad got her hand, but dropped the opportunity. Both the openers got a life and India paid the cost with a domineering century opening stand.

The youngster has been the heart of soul of Indian batting in the absence of fireworks from Harmanpreet and Smriti Mandhana. And hence, even in the final, she held a pivotal role for India to bring in the impact that had defined her throughout the tournament. But Australia just had the perfect plan and it was Schutt, who was lost the head-to-head contest in the opener, to the rescue for Australia. 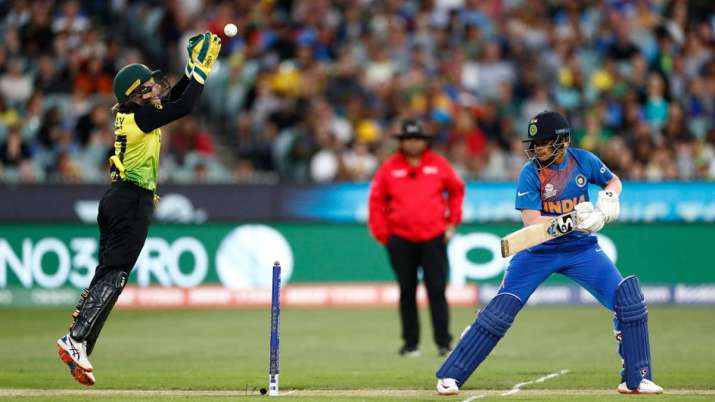 The first ball was in her slot and Shafali went up and over the bowler only to be deceived of a boundary by the rain-soaked MCG outfield. The next ball was a little fuller and Shafali nudged it to the fielder at point. Schutt immediately pulled back her length, went with a slightly shorter one around off as Shafali went for the cut. The ball took the slightest of touch and Healy completed the formalities with a brilliant catch behind the stumps. The 16-year-old was dismissed for just 2 off 3.

When the skipper had said that probably she and Mandhana had reserved their best for the knockouts, there was some hope they would when India's worst nightmare came true at the MCG. But with Australia locking the on-side with fielders around the mid-wicket and deep region, Mandhana was forced to go offside with his strokes. She managed two boundaries, one a lofted drive another cut through point, but pulled off a poor lofted chip to place it right into the hands of the fielder at mid-off. Harmanpreet, meanwhile, failed to execute the slog-sweep that found deep midwicket to leave India 30 for 4.