India definitely have one major section to worry about - their below-par batting performance, a problem area which had even affected them back in 2018, and their over-reliance on 16-year-old Shafali Verma.

It has been a rampaging run to the semifinals for India in Women's T20 World Cup. They defeated defending champions Australia in the opener by 17 runs, beat Bangladesh by 18 runs in their second Group A game before narrowly cruising past New Zealand by 3 runs in Melbourne and eventually ended their group stage unbeaten with a comfortable seven-wicket win against Sri Lanka. India were the only side to have won all the matches they played in Women's T20 World Cup, although South Africa too remained unbeaten after their final game was washed out.

And come Thursday, India the Harmanpreet Kaur-led side would look reach their first T20 World Cup final after three failed attempts in a repeat of the 2018 semifinal clash, against England. India had reached the semifinal in 2009, 2010 and in 2018, but lost to New Zealand, Australia and England, respectively, on all the three occasions.

But India definitely have one major section to worry about - their below-par batting performance, a problem area which had even affected them back in 2018, and their over-reliance on 16-year-old Shafali Verma.

In their first three matches, where they batted first, India failed to put up big scores on the board - 132 runs against Australia, 142 against Bangladesh and 133 vs New Zealand. And in the one match they chased, India scored 116/3 in 14.4 overs. Overall, India amassed 498 runs in the tournament with an average of 124.5 runs per match (well below-par) and an average batswoman's score of 23.71 (fourth after South Africa, Australia and England). 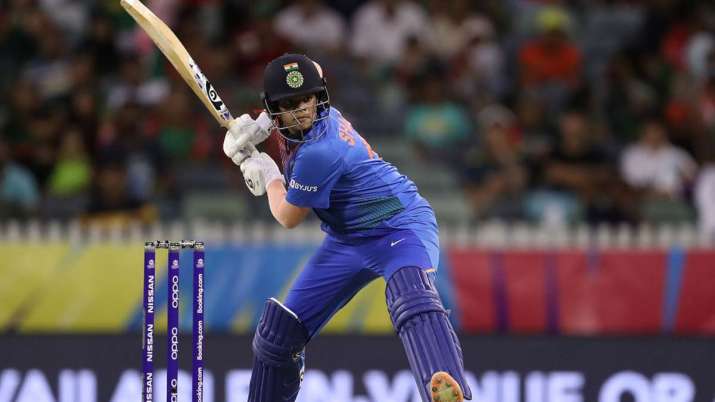 Shafali's job has been to provide that early impetus in the powerplay and she has been truly breathtaking. Just 16, Shafali has shown magnificent prowess of using her front foot and clearing the ropes fashionably. Off her 161 runs, Shafali scored 124 in the first six overs at a strike rate of 182.23. And in all those situations, India's predicted score stands roughly around 140-plus till the time she stays at the crease. But takes a significant dip on her dismissal with the major reason being the unpredictable middle-order and the lack of impact from Smriti Mandhana and senior pros like Harmanpreet and Veda Krishnamurthy.

Playing only three matches, Mandhana, who was the top-scorer for India in 2018 World T20, scored only 38 runs. Kaur has 26 runs to her name and Veda managed only 35. Kaur and Mandhana need to fire big against England while being wary about their spinners who had single-handedly choked India in their last meeting in World T20 semifinal.

"It's a great feeling when your team performs day in day out. Still, we made the same mistakes after a good first 10 overs, we got a good start but couldn't carry the momentum," Kaur had said after their win against New Zealand in the third game.

"We can't make silly mistakes with harder games coming up. Shafali (Verma) is giving us good starts, her initial runs are crucial for us," she added.

While their batting has been a letdown, the bowlers have phenomenal and have been the primary reason behind their success. Poonam Yadav is the leading wicket-taker of the tournament with nine from four games, while Shikha Pandey stands fifth with seven wickets. And the two have been complemented well by the likes of Radha Yadav, Rajeshwari Gayakwad, Deepti Sharma