Why Australia will be Team India's toughest challenge this home season

India may have been in a dominating form since World Cup exit last summer, but they have problems to address.

Team India have surely been on a rampage since their heartening exit from the World Cup 2019 semis. Out of the total 28 matches they played across formats since July 14, India lost only thrice - two in T20Is and one in ODIs - and did not lose a single series. They defeated West Indies at home and away and comfortably countered a hapless South African side, an embattled Bangladesh team and a beleaguered Sri Lanka team. Yet, their true test awaits as Team India look to sign off their home season. And the very use of the adjectives for each of the teams India encountered clarifies the reason why the team management have to truly put on their thinking caps in nullifying the storm that waits ahead. India will begin their final home series against Australia in a three-game ODI series from January 14 onwards in Mumbai.

Australia have played a total of 16 international matches since World Cup 2019 semifinal defeat against England, losing only twice. They successfully retained the Ashes in England following a 2-2 draw before embarking upon a ridiculously one-sided home season. The Aussies whitewashed Sri Lanka and Pakistan in T20Is, and clean swept the latter and a visiting New Zealand side in Tests. And following their stunning home season, Australia came all the way up to Asia for a three-match ODI series against another team who have managed to script somewhat a similar dominance across formats at their home ground.

India had defeated Australia 2-1 Down Under which was a historic win for Virat Kohli's men, the series that saw the comeback of MS Dhoni. But the Aussies avenged their defeat with a stunning comeback victory in India wherein they had won three in a row after the hosts had taken a 2-0 lead. The series had witnessed the revival of the Australian side right before World Cup when the then defending champions were still putting their team together for the tournament. But India had defeated Australia in the crucial World Cup tie. So the tally stands 5-4 in favour of India.

But this is a very different Australian side that India will face at home. David Warner is back, Steve Smith is back and so is Mitchell Starc, the trio who had missed the last two bilateral series between the two. Warner scripted his comeback with a stunning T20I campaign at home. He scored an unbeaten 100 and two back-to-back fifties, amassing 287 runs in six matches at the strike rate of 145.68. He will combine with skipper Aaron Finch at the top of the order, Australia's third-most successful opening pair in ODIs. In fact, Australian opening pairs average 64.56 in India, thrice more than other countries combined

Smith too made an incredible comeback with a record-break Ashes season. Thereafter, he played only three T20Is and scored two fifties. Starc too is back into the frame. He was not part of the last two series against India. Besides the three, Australia have carried to India their newest sensation Marnus Labuschagne. His sensational home season for Australia urged the selectors to harness his form in aiming for a back-to-back ODI series win against India. However, he is yet to make his debut in the ODI format. He, however, scored 364 runs at 60.66 for Queensland Bulls in last year's Marsh Cup.

Meanwhile, an in-form Alex Carrey is back, Peter Handscomb, who played a crucial role in Australia's comeback in the last series in India, is back as well. And these are the two players who will make most of the flat pitches and smaller boundaries, which will be in offer in the tour, to guide Australia to a win. However, they have dropped Usman Khawaja, who was the Man of the Series for Australia in that contest.

India haven't made many changes on the other hand with Navdeep Saini and Shardul Thakur coming in as extra pace options. But India have problems to address. One of the biggest being the KL Rahul vs Shikhar Dhawan debate. 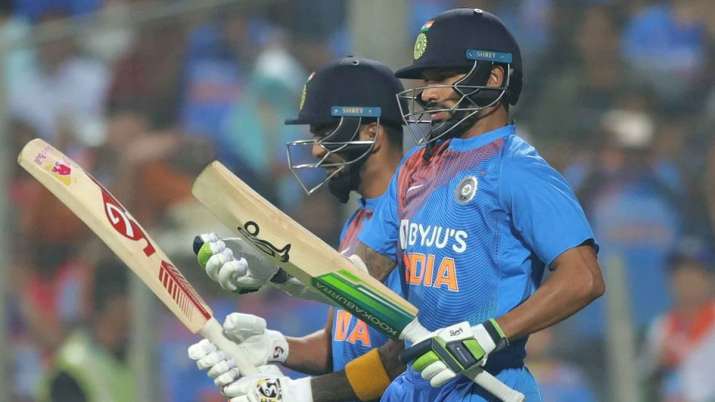 The 25-year-old has been in a sensational form across the two limited-overs formats since his World Cup return, while Dhawan capped off a disappointing 2019 only managing a comeback with a 52 against Sri Lanka in the final T20I. While Dhawan has a stellar record against Australia, averaging 42 and has four centuries and as many fifties.

India will also have to look at their batting contribution from the lower order lineup. The secret has long been out for India. Get rid of the top three and the game is yours. In a bid to avoid this scenario yet again, India would need Kedar Jadhav and Ravindra Jadeja to stand up. 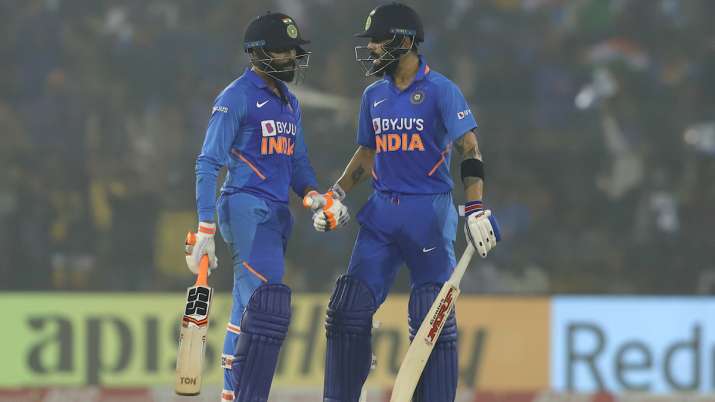 Besides these issues, India will witness the return of Jasprit Bumrah into the set up along with Rohit Sharma, who shares a fond relationship with the Aussie bowling attack.

The two sides will indeed be inseparable in the contest with the best lined up against the best. Can India truly cap off their home season with the perfect revenge?