In an exclusive interview with India TV, Hanuma Vihari heaped praise on Virat Kohli and his passion towards the game. The 26-year-old also opened up on his performances in the crucial overseas tours.

"The dressing room feels calm when he's batting," Team India skipper Virat Kohli said about Hanuma Vihari after his majestic Test century in Kingston last year against West Indies. Vihari has lived up to his captain's expectations and made a name for himself at the international stage with some solid performances on overseas soil. Vihari, who made his debut in 2018 England tour in the fifth Test at Oval, played 8 of his 9 matches in overseas conditions and proved to be an asset for his captain.

The 26-year-old earned his place in India's Test squad after a consistent show in the domestic circuit. Vihari has been the backbone of the Andhra side from the past few years. In 85 first-class matches, he scored 6860 runs at an astonishing average of 58.13.

In an exclusive interview with India TV, Vihari heaped praise on Kohli and his passion towards the game. Vihari said that Kohli's passion is taking the team in the right direction for World Test Championship.

"Our captain is aggressive and passionate and he wants the team to do well. We are playing the World Test Championship and it's the biggest championship for any cricketer. World Cup is a limited-overs format but I think Test Championship is a championship in the best format of the game. Virat Kohli is taking us in the right direction for it and I think he got all the energy and passion to take the team forward," said Vihari in an exclusive interview with India TV.

On being considered as one of the most trusted players in overseas conditions by the captain, Vihari said it's a challenge he relishes and wants to perform better in every game.

"There is no pressure as such, it's your responsibility when you get the opportunity to play for India at this level. It's a challenge I relish and I want to perform overseas, it's not that I don't want to perform here. But it's more challenging in overseas conditions, so I want to perform their better," said Vihari.

Vihari has acted as a soldier for Team India and has been doing everything for the captain, be it playing the role of a part-time bowler or as an opening batsman against a fierce Australian bowling line-up in the Boxing Day Test in 2018.

The Andhra batsman has batted in the middle-order for the most part of his career but in the 2018 Australia tour,  Vihari was promoted to bat as an opener in Melbourne after the first-choice batsmen failed in the position. He stood his ground against aggressive bowling from Pat Cummins and Mitchell Starc. However, Vihari scored just 8 runs, but played 66 balls, which were more crucial in the bowling friendly conditions during the first session. He didn't back down from the challenge and showed his solid defence.

Vihari opened up on that challenge and feels he could have carried on and put up a big score.

"It was a different challenge in Melbourne as I was opening the innings, which I didn't do in international cricket before that. It was a good challenge and I thought I did reasonably well but I could have done better. I could have carried on to put up a big score after playing for a long period in Melbourne," he added. 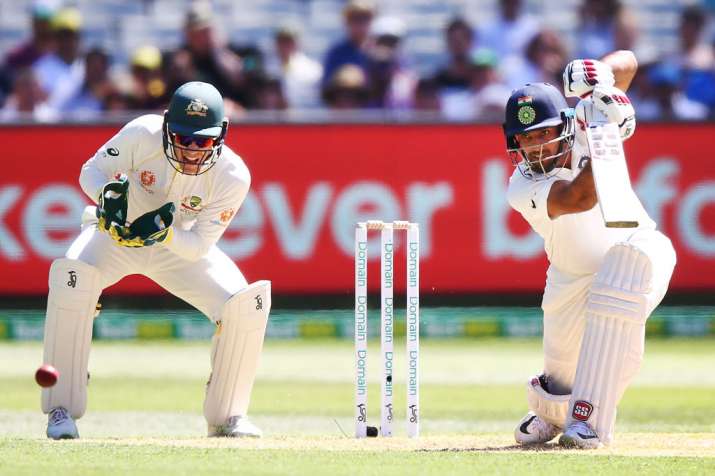 Vihari also said that it was the West Indies tour, from which he got a big boost after scoring his maiden Test hundred.

"Obviously, my first hundred is always special and I think I batted really well in that Test match in both the innings. The West Indies series actually gave me a big boost that I can perform at this level and I can do it consistently for a number of innings," he said. 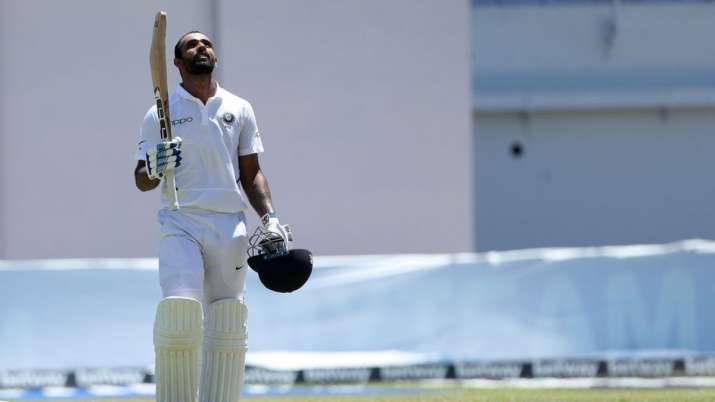 Earlier this year during the New Zealand Test series, everyone witnessed a different side from Vihari, where he played some aggressive cricket. On that, the 26-year-old said it was the need of the hour as the conditions were quite challenging and counter-attacking was a good option. In the first innings of the second Test against New Zealand, Vihari was the top-scorer for India with 55 off 70 balls.

Vihari played some cracking shots during that innings and feels he always had that aggressive side in his batting and can switch gears in Test cricket at any moment.

"I always said I have that kind of game with me. It's just that the placement didn't allow me at that point of time in Australia, England or West Indies. But in New Zealand, as I saw the conditions were quite challenging and I sort everyone counted that and everybody was trying to score as many as runs we can to put New Zealand under pressure. Especially, when were batting first in the second Test I thought why not take them on and score as many runs, that's why I played more shots in New Zealand," explained Vihari.

Vihari also opened up on the upcoming Australia tour this year and said it's going to be more challenging this time but Team India is ready for it and will emerge stronger after New Zealand debacle.

"It's going to be challenging I have no doubts about it. It's the challenge I want to relish and We are the number one side in the world and we want to be in that challenge to win the series, that's our aim. I think we are in the right direction. New Zealand is one of the series, where we didn't do well but coming to the Australia tour, we will be stronger.

On the World Test Championship's points table and potential finalists, Vihari feels Australia could be the one alongside India, but anything can change at any moment.

I don't know what other teams are doing or how many matches, they have got to play but at this point of time, we are in a good position at the table. Australia obviously is also doing well, They are doing well, they had a good Ashes and then they play well in the home season," Vihari concluded