The ones for the future: Five Indian stars who showed promise at the U19 World Cup

The Indian team may have failed to defend the crown, but many players showed immense potential in the 2020 edition of the U-19 World Cup.

It was a bitter ending to a highly impressive tournament for the Indian U-19 side, as it lost to Bangladesh in the final of the World Cup on Sunday. In a closely-fought game for the title, Bangladesh held their nerves to secure a three-wicket victory in Potchefstroom. The Bangladesh side dominated from the very first ball of the innings and were charged-up for the title clash, and the Indian youngsters failed to cope up with the pressure.

Bar Yashasvi Jaiswal, none of the other batsmen could step up throughout the game.

However, even as India failed to retain their world cup title in South Africa, there were many individuals who impressed with their performances throughout the campaign. In the past, many U-19 stars from the country went on to become household names. Indian cricketers like Virat Kohli, Yuvraj Singh, Shikhar Dhawan, Mohammad Kaif and Prithvi Shaw among others are a product of the U19 World Cup.

As another edition of the tournament ends, let’s take a look at five Indians who, with their performances, showed the potential to join the above-mentioned cricketers in the elite list.

It was a no-brainer, to be fair. Jaiswal emerged as, arguably, the best cricketer of the 2020 edition of the tournament. The 18-year-old looked incredibly calm and composed for his age, and displayed immense potential. With scores of 59, 29*, 57, 62, 105* and 88, Jaiswal was named the Man of the Tournament.

Moreover, he scored 205 runs in the three knock-out games in the tournament – which is the most by a cricketer in the knock-out phase of the U19 World Cup. 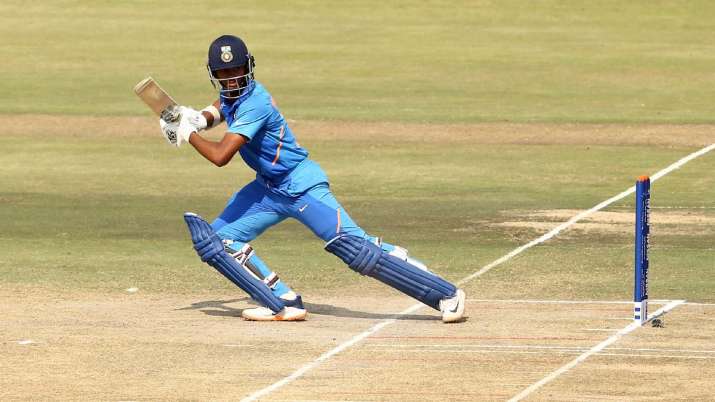 Jaiswal had earlier shown promise with his exploits for Mumbai in the Vijay Hazare Trophy, becoming the youngest Indian to slam a double-century in List-A cricket last year. He achieved the feat against Jharkhand. He was picked by Rajasthan Royals in the IPL Auction for the upcoming edition.

The leg-spinner led the Indian comeback in the final of the U19 World Cup, before Akbar Ali took the game away from India. He took four wickets in the game which solely turned the tide in Indian favour for some time in Potchefstroom.

Throughout the World Cup, Bishnoi took 17 wickets – becoming the highest wicket-taker in the tournament.

In the final, the Bangladesh batsmen were simply unable to read Bishnoi’s googlies – which has been the story for almost all the opponent batsmen against the spinner in the tournament. In the end, the Bangladesh players resorted to defend against Bishnoi and accumulate runs from the other end, steering the side to victory.

He has already appeared in a IPL season for Rajasthan Royals, and will now represent Kings XI Punjab in the 2020 edition.

He reached an average speed of 145 km/h in the U19 World Cup, and has the knack of finding accuracy with his yorkers – Tyagi has been one of the significant finds for India in the tournament. The right-handed young gun took 8 wickets in six games throughout the World Cup, taking four in the quarterfinal against Australia.

Unsurprisingly, he had a fair share of struggle with injuries, which included a horrific leg-break while warming up for the game. His father had to sell their land to pay for his treatment, and Tyagi now hopes to paying back his father by playing cricket.

A left-arm fast bowler is a rare breed in India, and Sushant Mishra provided a range of potential to fill the gap which has often haunted the senior team for so long. Mishra, like Tyagi, also clocked the 140 km/h-mark with consistency, and maintained an average speed of 136 against Pakistan in the semifinal of the World Cup.

He had a poor start in the final against Bangladesh, but gained rhythm in his second spell, putting pressure on the opponents with two quick wickets. 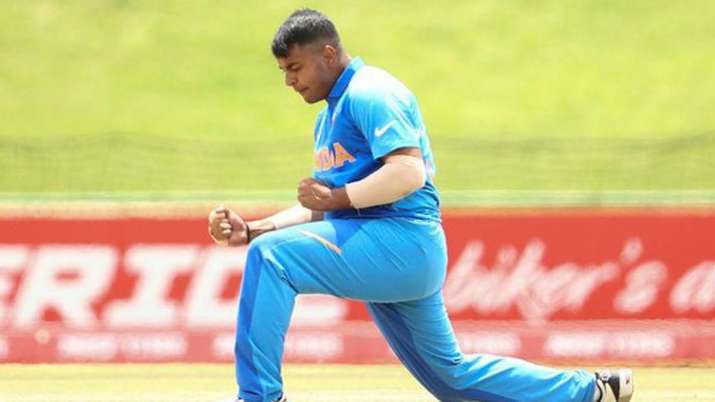 He played five games in the tournament, taking 7 wickets at an economy rate of 4.88.

Thanks to the impressive performances from the top-order, the Indian middle-order didn’t get many chances in the tournament. However, even as Ankolekar played in only two innings of the four matches he played, he emerged as an efficient all-round option. The left-handed batsman played a highly important 55* knock against Australia in the quarterfinal, which steered India to win.

Ankolekar arrived at the crease after the side had lost important wickets of Yashasvi Jaiswal and Dhruv Jurel. He took the anchor role and steered the Indian innings, adding 61 runs for the seventh-wicket partnership alongside Ravi Bishnoi. He held one end to take India to 233, eventually helping the side to a 74-run win.

With the ball, the left-arm orthodox bowler played a handy role in breaking partnerships. He took four wickets in as many games, which included three against New Zealand in the group game.