The sporting crowd at the Chinnaswamy Stadium cheered for the away team's skipper -- chants of 'Dhoni, Dhoni' were heard from the stands, and they seemed appropriate.

Chennai Super Kings skipper and 'superhero' wicketkeeper MS Dhoni on Wednesday ran all the way to the boundary and saved two runs with his wicket-keeping pads and gloves on. With this, the 36-year-old reminded the world that he remains one of the fittest players of modern cricket.

In his case too, age is, to use the adage that is as old as the woods, just a number.

During the Indian Premier League game between CSK and Royal Challengers Bangalore, the two-time World Cup winning skipper once again displayed his supreme athleticism and commitment to his team, to the sport.

The CSK captain ran back to save a couple of precious runs for his team that was at the receiving end of Ab de Villiers and Quinton de Kock's combined onslaught. 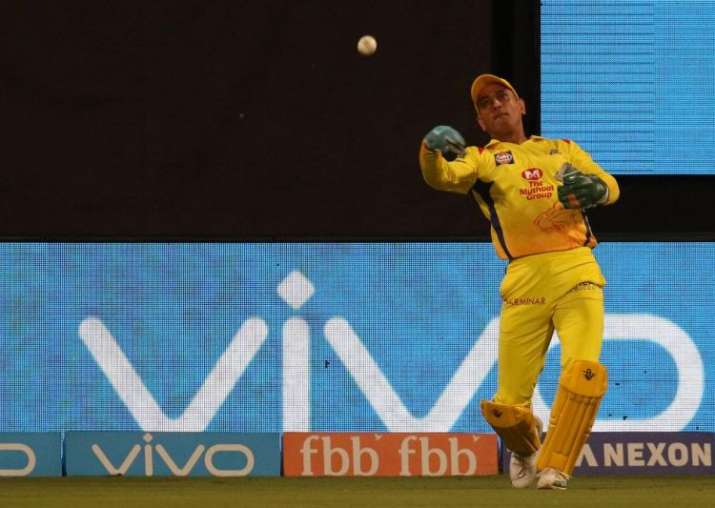 The sporting crowd at the Chinnaswamy Stadium cheered for the away team's skipper -- chants of 'Dhoni, Dhoni' were heard from the stands, and they seemed appropriate.

It happened during the third over of RCB's innings when a top edge on the pull from de Kock went straight back over Dhoni's head. The wicketkeeper ran and prevented RCB from getting a boundary by flicking the ball back in the nick of time.

Time and again, he has shown that kind of commitment, but a keeper doing that kind of thing is rare in cricket.

Quite a few times in recent years, some have questioned his place in the Indian limited overs team.