Ravindra Jadeja and former England captain Michael Vaughan engaged in banter on the former's Instagram profile after he posted a video of him wielding a sword in his lawn.

Jadeja shared the video to show off his trademark swordsmanship. Vaughan, however, took note of the grass growing in Jadeja's lawn. The former England batsman commented, "Your grass needs a mow rockstar."

To this, Jadeja replied, "@michaelvaughan yes but I don't know how to cut it #coronaeffect." 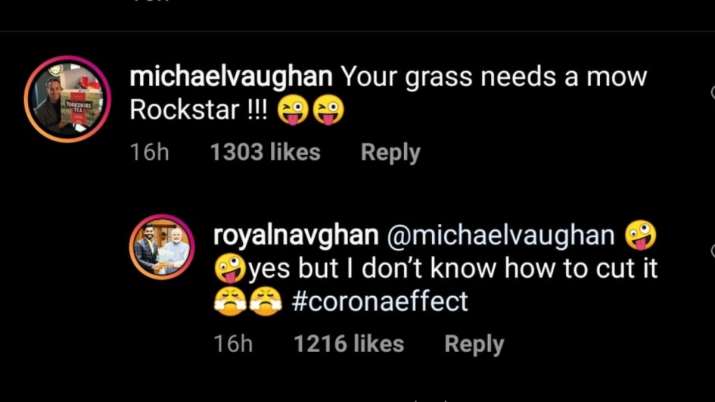 On Wednesday, Australia's David Warner also tried his hand at the sword-wielding celebration with his bat. He posted a video from a commercial shoot for his IPL side, Sunrisers Hyderabad.

Warner also asked the fans to opine on how he did the celebration as compared to Jadeja.

The cricketers across th globe are taking it to social media to interact with fellow players and fans after the sport has come to a standstill due to the deadly outbreak of coronavirus.

The 13th edition of the IPL is also suspended till April 15 after it was originally scheduled to start on March 29. Further reports have suggested that the IPL is likely to be postponed further, and BCCI President Sourav Ganguly has also hinted that the chances of conducting the tournament anytime soon are bleak.