Mumbai Indians most successful IPL franchise, meet the past 10 champions

As we gear up for the 11th edition of the Indian Premier League, how about we take a walk down memory lane and relive the moments in the past 10 years.

It has been exact ten years in the making and the Indian Premier League has never failed to fascinate. The action, the drama, the emotions, the passion, the determination, the frustration and the joy will never be ceased as the 11th edition of the Indian Premier League returns which promises be competitive, adverse, combating, emaluating and contesting. Ten years in the making and we have seen only one team lift the trophy thrice, Mumbai Indians. Chennai Super Kings and Kolkata Knight Riders have won the coveted trophy twice. Rajasthan Royals, Sunrisers Hyderabad and Deccan Chargers have won the league once.

Mumbai Indians, who are the top dogs at the moment, have some fierce and cutthroat competition coming their way as the IPL auction has already give a preview as of each franchise's strengths and weakness and there is no doubt that the former champions Rajasthan Royals and Chennai Super Kings are on the hunt for blood after being away from the league for two long years.

As we gear up for the 11th edition of the Indian Premier League, how about we take a walk down memory lane and relive the moments when the teams were crowned champions in the past 10 years. 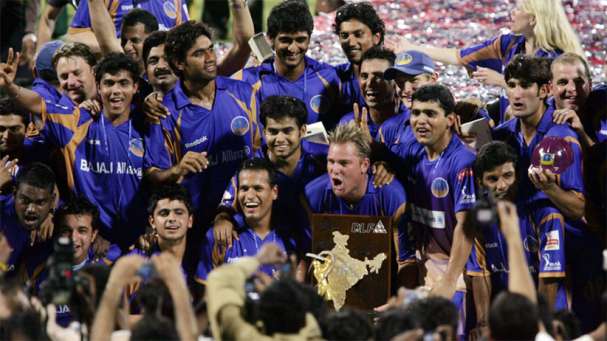 The inaugural season of the Indian Premier League saw a Shane Warne led Rajasthan Royals team win the first edition of the T20 League. Rajasthan Royals, who were regarded as the underdogs, were up against an MS Dhoni led Chennai Super Kings and the battle was immensely fierce and tough. It was an absolute nail-biter. Chennai had a formidable team with the big names in their dugout, however, it was the Royals who came out on top and emerged as winners. 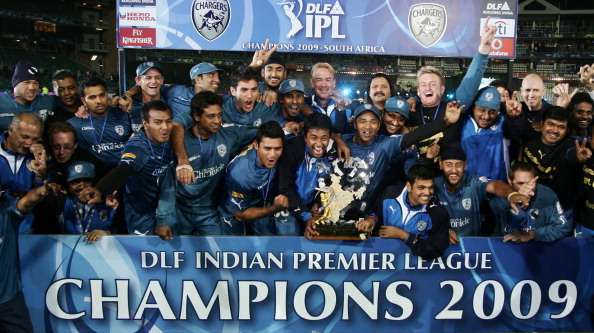 The Hyderabad franchise had finished at the bottom of the table in the inaugural season but the way the Deccan Chargers recovered was absolutely flabbergasting. They performed brilliantly throughout the season under the leadership of legendary Australia wicket-keeper batsman Adam Gilchrist who led them to lift the title in the second season of the league. In the finals, it was Deccan Chargers who faced off against the Royal Challengers Bangalore who were at that time being led by former Team India captain Anil Kumble. The Deccan Chargers had projected a decent score on the board which was chasable, given the team strength in Bangalore's squad, however, they crumpled under pressure and it was the Chargers who were crowned champions. 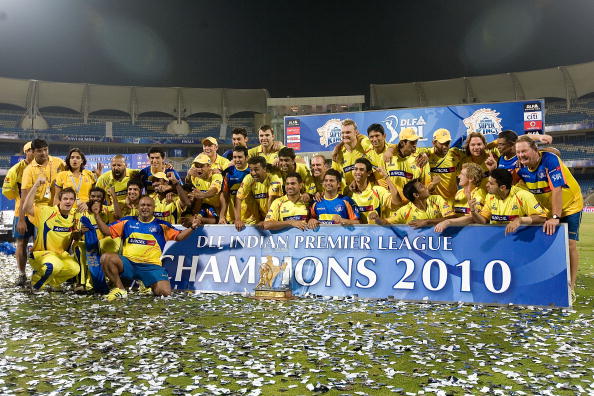 It was the second time in three seasons where Chennai Super Kings reached the finals and this time they had come prepared. The MS Dhoni-led CSK faced Mumbai Indians in the finals and it was the Thalaivas who emerged victorious in a thriller against the Mumbai Indians. The Blues had Sachin Tendulkar and Keiron Pollard who made the runs but CSK's bowlers made it tough for Mumbai and won the match by 22 runs. 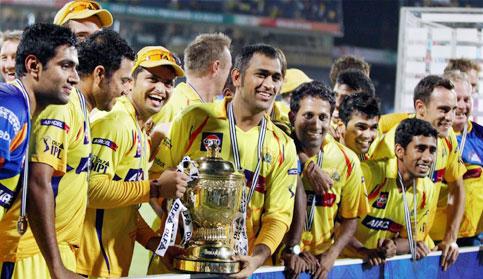 The MS Dhoni-led Chennai Super Kings who were at that time the defending champions, had an idea of whats it like to play in the finals and were up against Royal Challengers Bangalore who were on a fantastic run in the fourth edition of the league. However, during the finals, Chennai hammered the Challengers' bowling unit to make a formidable score of 205/5. Murali Vijay and Michael Hussey played up to reach a score beyond 200 in the finals. Immense pressure fell on the RCB batsman and the only player who could have won the match single-handedly for Bangalore was Chris Gayle. Unfortunately, the West Indies swashbuckler was removed for a duck which led to Bangalore losing the finals once again. Chennai went on to retain their IPL trophy. 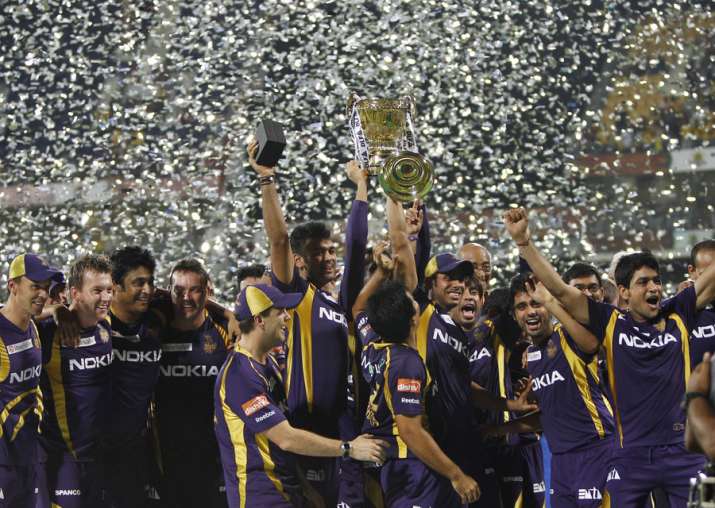 The Kolkata Knight Riders in the fifth edition had made good use of the IPL auctions which brought them a well-balanced team and eventually earned them the IPL trophy. KKR faced off against the two-time defending champions Chennai Super Kings and playing in three finals in a row, the MS Dhoni-led CSK knew what to do. The two finalist had a high-octane clash and it was the first time that KKR had entered the finals, where as for CSK it was their fourth time in five seasons. CSK posted a massive score of 190 on their home turf but surprisingly, Manvinder Bisla and Jacques Kalis chased down the massive scoreline to win the finals by 5 wickets. It was an absolute cracker of a match which saw KKR lift the trophy for the first time. For the fifth time, Chennai Super Kings reached the finals and it was against Mumbai Indians who were looking to avenge their defeat in the third edition of the league. With the finals being held in Eden Park Kolkata. Rohit Sharma took charge of Mumbai Indians from there on where they won the toss and elected to bat first. The Mumbai Indians posted a total of 148/9 in the which seemed quite easy for the Super Kings as they have been in under pressure games at times. However, the Mumbai Indians' bowlers were on their A game and removed their key players despite MS Dhoni hammering away. The skipper was the last man standing as it was in this particular finals where he couldn't do much as the rest of the batsmen were easily removed one after the other. Mumbai Indians went on to get their revenge and lift the coveted trophy. Kolkata Knight Riders came into the finals for the second time under the leadership of Gautam Gambhir and they faced their arch-rivals Kings XI Punjab who make into the summit clash for the very first time. George Bailey led the Punjab franchise where Wriddhiman Saha's astonishing 115* off 55 balls helped the Preity Zinta co-owned franchise reach a total of 199/4. Keeping in mind that KKR had chased CSK's 190 in the previous finals, it was Manish Pandey who stood up and chased the massive target, clinching KKR the title for the second time in the league. The Kolkata Knight Riders now have two trophies to their name along with Chennai Super Kings as well. 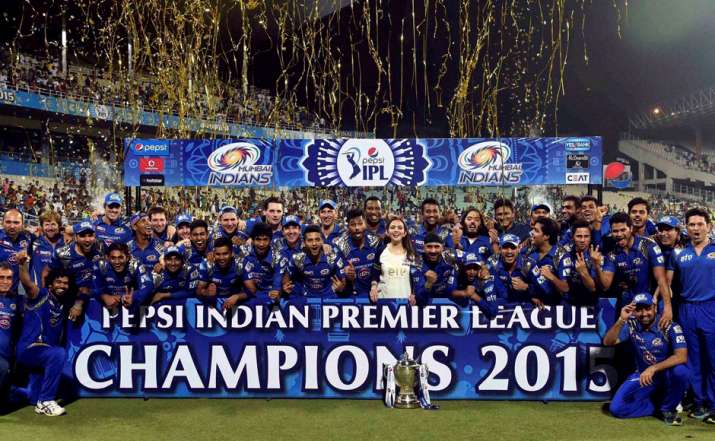 It was the third time in the finals when Mumbai Indians and Chennai Super Kings met and it was honours even. The finals would give the respective team an edge over the other and this time it was the Rohit Sharma led MI who batted first and blasted a mammoth score of 202/5 as Rohit Sharma, Lendl Simmons, Kieron Pollard and Amati Rayudu played an integral role. For Chennai it was only Dwayne Smith who managed to score a half-century where as the rest of the batsmen collapsed, allowing the Mumbai Indians to win the finals by 41 runs and win the trophy for the second time, tying them with KKR and CSK. 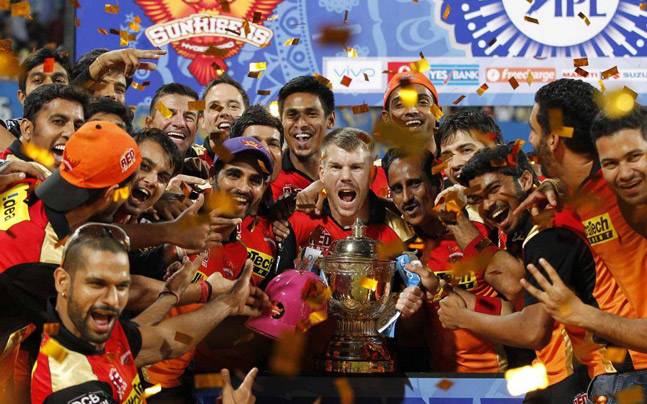 With Rajasthan Royals and two-time champions Chennai Super Kings suspended from the league for two years, it was the perfect opportunity for another team to have a crack. Surprisingly, the summit clash saw Sunrisers Hyderabad and Royal Challengers Bangalore in the finals. The Hyderabad franchise was led by Australian vice-captain David Warner where as it was Virat Kohli who lead the Challengers. In a hotly contested battle, the Sunrisers posted a monumental total of 208/7. Unlike the previous finals, Bangalore stuck it out and battled brilliantly as Chris Gayle and Kohli hammered away, however, Bangalore lost their second final by 8 runs. The Sunrisers Hyderabad were crowned champions in the ninth edition of the league. 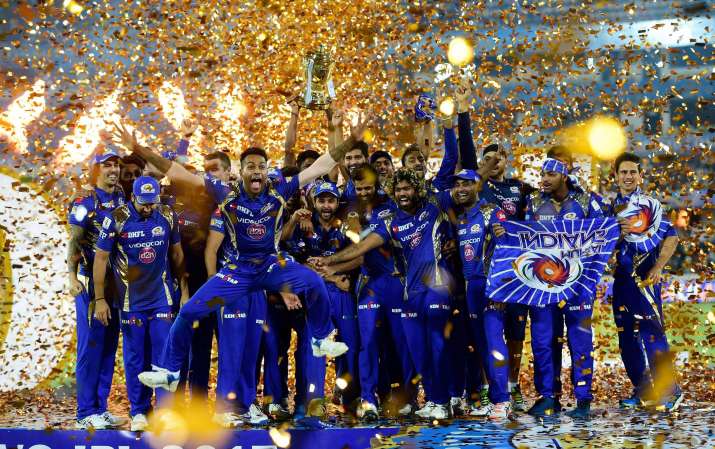 Mumbai Indians made it to the finals for the fourth time and this time they faced off against the Rising Pune Supergiants who was led by Steve Smith. Despite MS Dhoni being the team, due to controversial reasons, it was the Australian skipper who was kept in charge. The Mumbai Indians posted a surprisingly low total of 129/8 as Jayedev Unadkat and Adam Zampa impressed with the ball, restricting the two-time champs to the lowest total in the finals. However, the Mumbai Indians' bowlers performed brilliantly well as it went down to the wire. Mumbai Indians defeated Rising Pune Supergiants by 1 run. Mumbai Indians are now three-time champs and the only team so far to win the Indian Premier League thrice.

What will the 11th edition of the Indian Premier League have in store this year? Will a new champion be crowned?. Franchises such as Kings XI Punjab, Delhi Daredevils and Royal Challengers Bangalore have not won the league yet. Will it be either of these three team's season?. The Indian Premier League is all to play for as we commence the new season from April 7.