4 players from India's U-19 World Cup bound squad bagged fat contracts in the IPL 2020 Auction in Kolkata on Thursday.

After the 2018 U-19 World Cup, it was certain that the Indian players from the winning campaign would bag big bucks but this time around, the  World Cup is some time away yet some of India's uncapped and U-19 World Cup bound stars have bagged big bucks in the recently concluded IPL 2020 Auction in Kolkata on Thursday.

Was not expecting to get picked at IPL auction: KKR big-signing Varun Chakravarthy

Will bring energy, positivity to KKR like a 20-year-old: Pravin Tambe

IPL 2020 Auction: L Balaji explains why CSK went all out for Piyush Chawla

You still have to face me in the nets: Jasprit Bumrah cuts short Chris Lynn's joy

IPL 2020 Auction: Best budget buys who can turn the tables for franchises

Uncapped Jharkhand batsman Virat Singh also was bought for a hefty fee by Sunrisers Hyderabad while last year's toast of the town Varun Chakravarthy once again recieved a fat paycheque despite playing just one game last season for Kings XI Punjab after being sold for INR 8.40 crore in the last auction.

So, who bagged how much? Let's have a look.

Varun Chakravarthy said he was not expecting to be sold this auction after a bad year in the IPL earlier this year but much like last year, KKR wanted him and in the end.

KKR went into an aggressive bidding war with Royal Challengers Bangalore before securing his services for INR 4 crore to add him alongside Kuldeep Yadav, Manimaran Siddharth, Sunil Narine and Chris Green in their spin attack.

Picking him after what happened last season is a gamble but he did work with Dinesh Karthik and coach Abhishek Nayar in the nets for KKR and according to him, they played a huge role in it.

"They helped me immensely. There was plenty of positive talk," Varun told Sportstar.

Yashasvi Jaiswal announced himself on the big stage with a double hundred in the Vijay Hazare Trophy and became the youngest to hit a List-A double ton at the age of 17. He became the 7th Indian to score a double century in List A cricket and join an elite list which includes Sachin Tendulkar and Rohit Sharma as well.

His rags to riches story is perhaps this year's biggest takeaway as he used to sell pani-puris at one point in his life before picking up the bat and tearing it down for Mumbai.

The southpaw raked up an impressive 564 runs at an average of 112.80 with three hundreds and a fifty in the Vijay Hazare Trophy and that show prompted a bidding war between Rajasthan Royals and KKR, which RR won in the end. Mumbai Indians did want him as well but lack of available money meant they had to back out.

However, he will now fly off to South Africa for the U-19 World Cup, where he will be India's top draw as the Men In Blue aim to defend their title. In U-19 cricket, he has an average of 53.16 in 13 matches, including a century against Sri Lanka Under-19 on his first tour.

Ravi Bishnoi is a leg-spinner and a part of India's U-19 World Cup squad. For the Punjab franchise he is investments for the future and highly regarded and his addition came after a battle against Mumbai Indians.

Bishnoi, 19, started off as a medium pacer but like his idol Anil Kumble, became a leg-spinner in the end. He is tall, wily and can turn the ball square and also has a good gooly at his disposal.

Before getting picked up, he played only played two Syed Mushtaq Ali Trophy games for Rajasthan and so far, he has 12 wickets at an economy rate of 4.37 in seven youth one-dayers for Rajasthan.

Much like Yashasvi, his next aim will be to excel at the U-19 World Cup and then maybe find a place in the Punjab squad for the IPL.

Virat is not a part of the U-19 brigade but he could have been in 2016, the batch from which Ishan Kishan and Rishabh Pant graduated but a form slump meant he missed out.

However, since then, he has been a consistent performer for Jharkhand and forms the core of the batting line-up alongside Kishan, Ishank Jaggi and Saurabh Tiwary.

Singh, 22, is an attacking left-handed batter and scored aggressively in the Syed Mushtaq Ali Trophy, scoring 343 runs in 10 innings at an average of 57.16 and strike rate of 142.32. Virat had trials with Rajasthan, Mumbai Indians and Sunrisers but in the end, it was the Sunrisers who bagged him after a bidding war against Kings XI Punjab. 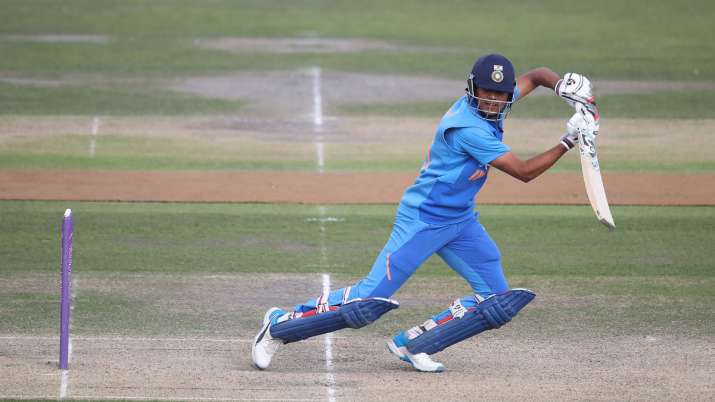 Priyam, 19, is the captain of the U-19 team and a right-handed batsman by trade and a talented, capable one at that. His ability to play attacking and defensive cricket seamlessly is what makes him an exciting prospect.

Garg scored a double-century on Ranji Trophy debut against Goa for Uttar Pradesh and since then his stock has only risen. He scored 814 runs in 10 matches for UP in his maiden first-class season and was only second to Rinku Singh in terms of runs scored for Uttar Pradesh. Following that,he found places in the Duleep and Deodhar Trophy squads as well.

He was bought by Sunrisers after a battle with Kings XI Punjab, which started at his base price of INR 20 lakh. 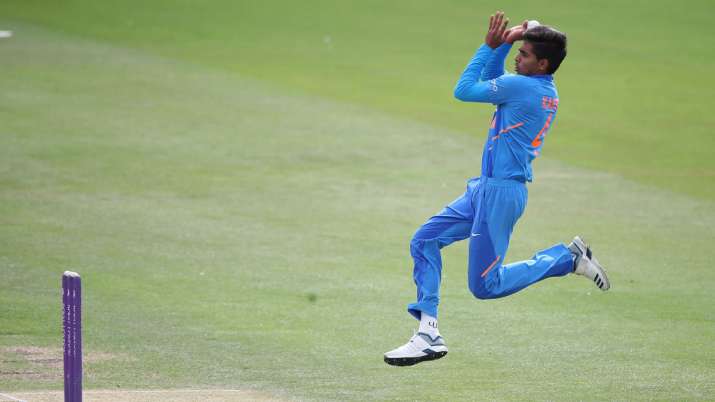 He also has a rags to riches story like his teammate Yashasvi but now it's behind him and he has an IPL contract and a U-19 World Cup to play in.

Kartik, 19, is a fast-bowler by trade and was picked up by RR after a bidding war against KXIP. He is yet to play a T20 game in his career and has just played five List-A games and one first-class match for Uttar Pradesh.

He much like all UP pacers, has the ability to swing the ball both ways and at around 140 clicks -- something that stands out among the rest.

Tyagi had an impressive outing in the Under-19 Cooch Behar Trophy and followed it up with better performances in England in a youth ODI series, where he picked up nine wickets in five games. He also grabbed six wickets in three games in the series against Afghanistan and is now set to lead India's attack in the U-19 World Cup in January