Women's cricket in India gathered pace after the Indian Eves's performance in the 2017 World Cup in England but it was many years in the making.

Indian women made their debut in international cricket 44 years ago against West Indies in a Test match. Their first WODI came in the 1978 World Cup. Since then, the Indian team has faced many ups and downs at the international stage but in 2020, it's pretty evident that the current crop of players are not below-par anymore. India made the final of the 50-over World Cups twice but lost on both occasions in 2005 (to Australia) and 2017 (to England).

However, this year, things could change. The current crop of women, play a brand of fearless cricket that is not only entertaining but effective. They have reached the final of T20 World Cup in Australia -- a first in their history and they will face the defending champions Australia for the coveted trophy. For the first time, India perhaps will enter the final with equal chances as their counterparts.

But, things didn't change overnight. It took time, like all good things do. Players like Mithali Raj and Jhulan Goswami laid the foundation of the fearless brand of cricket which is currently carried forward by Harmanpreet Kaur & Co.

On the ocassion of Women's Day 2020 and the World Cup final, we take a look at the players that took women's cricket forward:

Women's cricket in India would never be the same without the contributions of former captain Mithali Raj. She was the pioneer of Women in Blue and played 289 ODIs for India and is also the highest run-scorer in world cricket in the 50-over format. It was from the very first game that Mithali started to make an impact at the world stage, at 16. Raj scored an unbeaten 114 on ODI debut. She has scored 7 centuries and 53 fifties and is still going strong with 6888 runs. She has hung up her boots from T20I cricket last year to make way for the young crop of players. Mithali Raj is the only Indian batswoman to rank No.1 in both ODIs and T20Is.

Mithali was conferred with the Arjuna Award in 2003 and later received third-highest civilian award Padma Shri in 2015. She led the team to the final of the 2017 Women's ODI World Cup, where they lost to England but that tournament's journey changed the mindset of the Indian team.

The player who inspired many girls to become bowlers in India. Jhulan Goswami is a player, who dominates world cricket with her lethal fast bowling. By taking 225 wickets in 182 ODIs, Goswami is the leading wicket-taker in WODIs. She was ICC Women’s Cricketer of the Year in 2007, which is enough to prove her supremacy in women cricket. She also led Team India from 2008 to 2011 in 25 ODI matches. In 2010 she was awarded the Arjun Award for her excellent show in the field of cricket and later in 2012 she became second Indian women cricketer to receive Padma Shri after Diana Edulji. Like Mithali, she also announced her retirement from T20Is in 2018.

Jhulan is still not slowing and producing magic with the ball in ODIs and the way she has been playing in the past 2-3 years, the road is still not complete for her.

The southpaw is one of the strongest pillars of the Indian women's cricket team's evolution. Anjum made her international debut in 1995 against New Zealand in ODIs. She went on to play 127 ODIs for India in which she scored 2856 runs with 18 half-centuries and one century. She was the first woman player to score a century for India. At a time when women's cricket was growing in the nation, she played a consistent brand of cricket to make a name for herself as she was the first woman to play 100 ODIs for India. She was also awarded the Arjuna Award, one of India's highest sporting honours, in 2007 and later was conferred with Padma Shri in 2014.

She was also a brilliant captain as under her leadership India won their first Test Series in overseas against South Africa in 2002. Anjum represented India in 6 World Cups -- four ODIs and two T20Is. She retired from all formats in 2012 and has a gate named after her in Arun Jaitley Stadium, New Delhi. 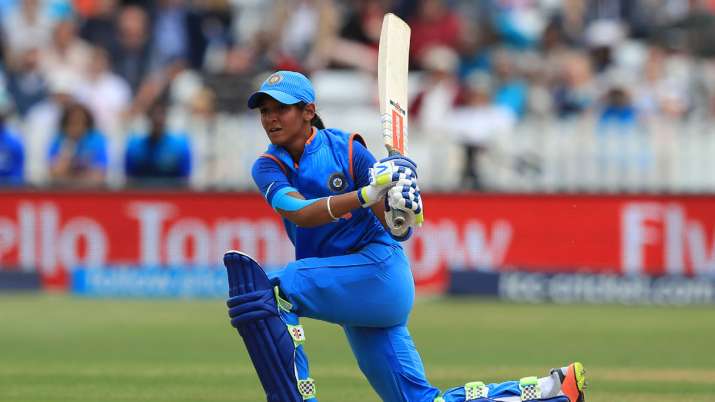 The captain of fearless India women's cricket - Harmanpreet Kaur is taking the Women in Blue in the right direction from where Mithali Raj left. Harman has played 99 ODIs for India and slammed 2372 runs in them with the highest score of unbeaten 171. In 2016, she became the first Indian woman to sign an overseas T20 contract. She signed for Women's Big Bash League for Sydney Thunders franchise. Her WBBL contract opened doors to many Asian cricketers to play in franchise cricket. She was named in the ICC Women's T20I Team of the Year in 2017.

Harmanpreet was also the first Indian women cricketer to hit a century in T20Is with 103 runs from 51 balls against New Zealand in 2018. In her second attempt as captain in T20 World Cup, she led the team to final of the tournament in 2020. 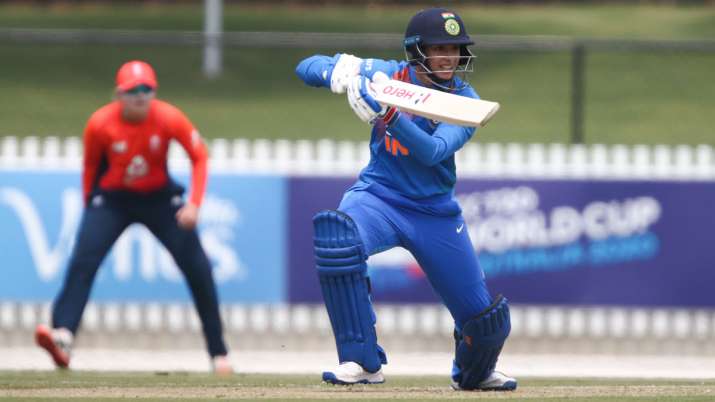 She represents the brand of fearless cricket of young India. The southpaw slammed a century in her very second ODI, which too against a quality side like Australia. She didn't look back from there and slammed 2025 runs in 51 ODIs till now at an outstanding average of 43.08.

In a short career, Mandhana has achieved various accolades as she was adjudged the ICC Women's Cricketer of the Year and ODI Player of the Year, and is eyeing more with her consistent show.

It's very early to judge Mandhana's career but the way she is going on, it is going towards an illustrious one.