Rohit Sharma's adaptability was at display against South Africa and in him, India perhaps, have found a natural successor to Virender Sehwag that has been missing for a while.

Rohit Sharma's Test career was at crossroads before the start of the South Africa series. Being backed by the captain and urged by the nation to perform, this was going to be Rohit's last opportunity to make a case for himself in red-ball cricket.

While the general belief was that he will do good, some were also of the understanding that there is a glaring gap between red and white-ball cricket and Rohit's attacking game in limited-overs cricket will not suit him in the longer format. Add to it the slight trouble of dealing with the moving ball, it was going to be challenge for the Mumbaikar to deal with Kagiso Rabada and Vernon Philander despite the tracks not being that pace friendly.

Playing in overseas is a challenge and I am awaiting: Rohit Sharma

Very happy for Rohit, don't need to say he is a top batsman: Ganguly

Rohit thanks Kohli and team management after record-breaking series

Credit goes to Rohit for overcoming anxiety and hesitation: Kohli

But, much like his first test of character six years ago in England, Rohit has once again passed the challenge with flying colours and perhaps sorted one of India's conspicuous problems in Test cricket.

Finishing the series with 529 runs at an average of 132.25 from four innings, Rohit now has the best average in home Tests (99.8) ahead of Sir Don Bradman (98.2). Rohit scored three centuries out of which one was a double hundred in Ranchi -- his first in Test cricket and also finished the series with most number of sixes in a Test series overtaking Shimron Hetmyer of West Indies. 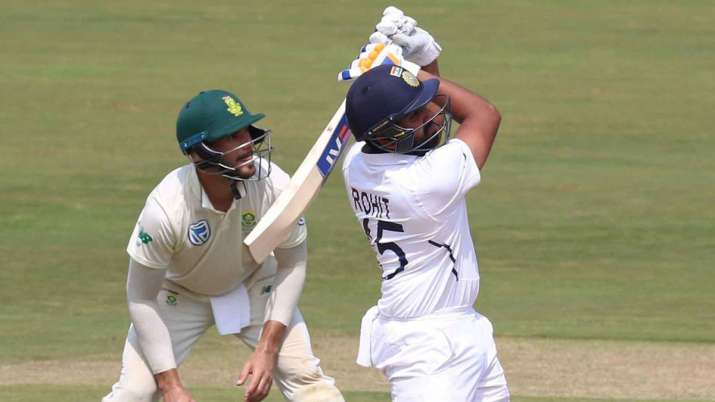 Numbers tumbled as India clean sweeped South Africa for the first time in their history but finding Rohit at the top of the order would perhaps be the biggest positive for the team management.

Rohit's sheer ability to shift gears has given him immense success in ODIs and now he has brought that in Test cricket, giving India the edge that they were lacking since the departure of Virender Sehwag.

Rohit has hit a total of 19 sixes in the series and 62 fours at a strike rate of 77.45 in the series -- that is 362 runs from 529 in the series. Attacking the spinners and not letting the fast bowlers settle has been a hallmark of this series for him. At the top of the order, he has been able to bide his time and get runs at a brisk pace once the ball gets soft and spinners come into the game. Coming down the order, with the need to get quick runs from the onset didn't help his cause but the change in the order, much like ODIs and T20Is, is benefitting his long-term game that has earned him so much success over the past six years in the shorter formats, where he has become one of the most deadly batters around the globe.

But, if one feels looking at the numbers that he is all fire and no ice... He is mistaken. Ranchi's innings showed once again that he is a matured cricketer -- someone, who can adapt to the situation and not play a one-dimensional game. 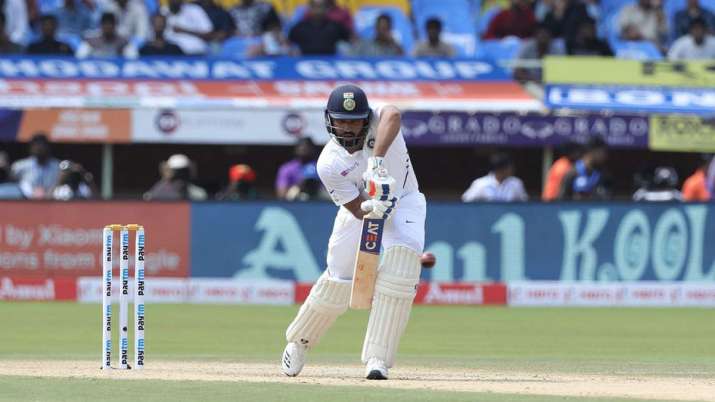 With little cloud cover and the ball moving, Kagiso Rabada and Lungi Ngidi were keeping him on a leash. Few bad balls apart, most were in the corridor of uncertainty and spot on lengths. What was required then was to see off the shine and wait for the opportunities to arise before a chance was taken and that is exactly what Rohit did. He bid his time and saw Rabada, Ngidi and Anrich Nortje off the attack before the likes of Dane Piedt and George Linde were taken to the cleaners. In the end, he returned with his highest Test score of 212 off 255 balls with the help of 28 fours and six maximums, striking at 83.14. It is him around which the batting revolved and once again allowed India to push towards 500.

His red-ball career was always marred with the lack of application and patience but with the innings in Ranchi, he has shown what confidence and little bit of backing can do to a player. His jibe at the media was well-timed and all in good humour but he proved his point in the most subtle way possible.

Rohit, 32, has been around the scene for over 12 years and it has been 6 years since he made his Test debut in Kolkata, hitting 177 on his debut but it is his knock at Ranchi that completed a full cycle of events, showcasing everyone that he is not a dasher or a flat-track bully, which is the general perception but much more when backed and provided the opportunity to shine.