KL Rahul has shone in his new role as a wicketkeeper-batsman and finisher for India in ODIs and currently is one of the first names on the team-sheet.

"When you're backed against the wall, break that goddamn thing down."

Harvey Specter's words perfectly suits KL Rahul's recent outings for Team India in international cricket. Rahul has always been considered as one of the most technically gifted batsmen in the world, but his journey is not as smooth as people expect for anyone. Rahul made his debut for India in one of the most anticipated matches - the Boxing Day Test against Australia. The debut didn't go down as expected as he scored 3 and 1 respectively. In the very next Test, Rahul announced his arrival at the big stage with a hard-fought century at Sydney Cricket Ground, he slammed 110 runs off 262 balls in the first innings.

After that, he became a mainstay in India's Test line-up and continued to impress everyone with his majestic skills and technique. But then came the year 2018, where things started to go in the wrong direction for Rahul. The year started with Test series against South Africa, where he failed miserably and didn't even cross the 20-run mark in four innings and his misery continued in England, where he managed only 299 runs in 5 matches with just one century.

The team management continued to put their faith in Rahul's abilities on the Australia tour as he was chosen as the first opener in first two Tests, but he couldn't handle the pace and bounce there and scored just 48 runs in 2 matches. Thus, the year 2018 ended him with just 468 runs in 12 matches at an average of just 22.28. In ODIs, he didn’t get many chances in 2018 as well. He just played 3 matches and scored 69 runs in them. During that time he was considered as the back-up option to Shikhar Dhawan and Rohit Sharma in limited-overs line-up.

The worst was yet to come as Rahul was involved in an infamous Koffee fiasco with teammate Hardik Pandya. They were invited to the chat show where they made some misogynistic comments and came under the scanner and got suspended for some games. The chapter will always be considered as a dark phase in his career, but he learnt a lot from it and was way more composed after it.

In the 2019 World Cup, Rahul gained some momentum and proved his worth to the team with 361 runs in 9 matches at an average of 45.12 with a century in a group stage match against Sri Lanka. He didn’t start the WC as an opener but Dhawan got injured and Rahul returned to his natural batting position and showed his class at the top.

After that, Rahul was desperate to be back in Test squad but he failed in Test series against West Indies and lost his place in red-ball cricket. But his focus on white-ball cricket was unshakeable.

He played dominant cricket in T20Is for India, he scored 356 runs in 9 games to achieve the second spot in ICC T20I rankings. The way he played T20I format, many cricket pundits backed him to open the innings in ODI cricket alongside Rohit Sharma but team management stuck with Shikhar Dhawan and the southpaw justified his position with runs against Australia. 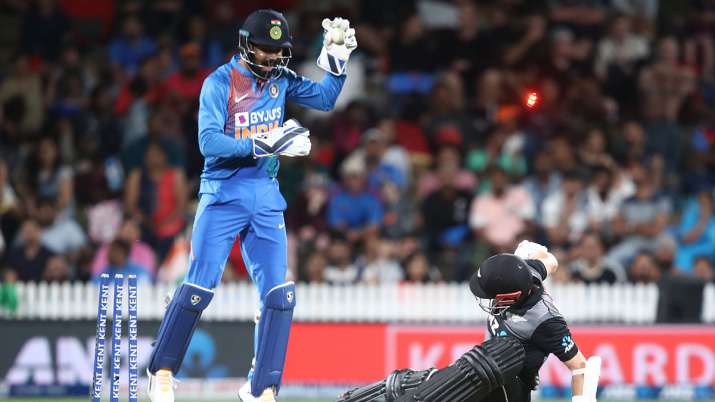 But skipper Virat Kohli’s trust in Rahul abilities was not over as he gave him another role in the team. Rahul was reintroduced in ODIs as a wicketkeeper-batsman and it raised many eyebrows. Rishabh Pant, who was keeping wickets for India since MS Dhoni's sabbatical, didn’t live up to expectations and Kohli took a risk with Rahul behind the stumps. Rahul did a decent job with gloves but as a middle-order batsman, he has been a revelation to world cricket.

In the 2020 ODI series against Australia, Kohli gave Rahul his own position – No 3 in the first game in which he slammed 47 runs. That was one selfless move from Kohli, but it hurt his own batting and he decided to push Rahul to bat at No 5 and play the finisher's role.

The challenge was new to Rahul but he didn’t shy away from it. In the second ODI, Rahul slammed 80 runs off just 52 balls and was adjudged Man of the Match. The way he batted that day, Virat Kohli hailed it as his best innings so far.

"It's very important to figure out the best team you can put on the park and when you see how KL was batting today, it's very difficult to leave someone like that out. Batting at No. 5 and batting like that for the team, this is probably the best he's played at international level. That knocked showed maturity and class," Kohli said at the post-match presentation ceremony of 2nd ODI.

Then came the New Zealand tour, where Shikhar Dhawan was not in India’s squad due to shoulder injury. Rahul owned the T20I series like a boss and was the leading run-scorer for India. He scored 224 runs in the series against NZ, which is the most by an Indian in a bilateral T20I series, surpassing Kohli's tally of 199 against Australia in a three-match series in 2018.

After a successful T20I series, everyone expected to continue batting as an opener in ODIs too and many critics advised Kohli for it, but the Indian skipper had something else in mind. Team India opted to go with two new openers in ODI series – Mayank Agarwal and Prithvi Shaw. Kohli wanted Rahul to continue at No 5 to provide balance in the team since there was no MS Dhoni and Hardik Pandya in the squad. 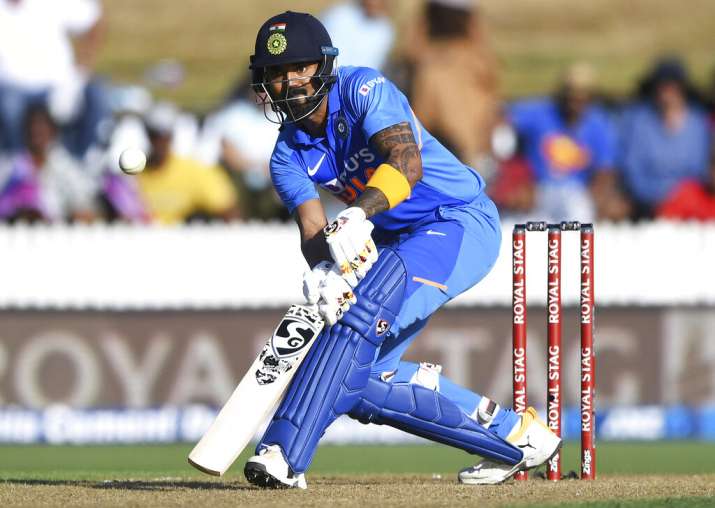 Rahul's plethora of runs continued in ODIs too as he slammed an unbeaten 88 in first ODI and the innings was one of a kind as the top-order was back in hut early. He shared 136-run stand alongside Shreyas Iyer. While, in the third and the final ODI, Rahul unleashed himself upon Kiwi bowlers and slammed 112 runs in 113 balls, his first-century batting at No 5.

The 27-year-old came out to bat in the 13th over when Indian top-order was already back in the pavilion. Rahul took a stand for the team and proved his spot in the middle order by sharing a 100-run stand alongside Shreyas Iyer.

After Iyer's departure, Rahul was in no mood to stop as he built the innings with Pandey for a 107-run partnership.

It was probably the best ODI innings by Rahul as the way he controlled the innings in a pressure situation was commendable and his stay in the middle-order has given India a big relief for the future.

Team India might have lost the series embarrassingly -- 0-3 against New Zealand but Rahul – the middle-order batsman turned out to be the solution of India’s middle-order woes of past 3-4 years. India have tried tons of players in the middle-order to provide stability to the team with the likes of Ambati Rayudu, Vijay Shankar and Dinesh Karthik but they didn't show the promise that team wanted from them.

People might still stay that Rahul should bat at his ideal position – as an opener in ODIs but his stay in the middle-order is more crucial for the team.