The No. 1 ICC ranked side in Tests were nowhere near their best against a fierce New Zealand. Earlier, many cricket fans predicted India's faith after watching the green top of Basin Reserve on Day 1 and they were brutal and so was the match for the Indian team.

As predicted by many, New Zealand defeated India in a dominating 10-wicket win in the first Test match to take 1-0 lead in the two-match series. The No. 1 ICC ranked side in Tests were nowhere near their best against a fierce New Zealand. Earlier, many cricket fans predicted India's faith after watching the green top of Basin Reserve on Day 1 and they were brutal and so was the match for the Indian team.

It was also Team India's first defeat in the ICC World Test Championship as Virat Kohli and Co. dropped crucial points. New Zealand outclassed India in all the departments at their home turf as they registered their fourth consecutive win over India. Earlier, Kiwis whitewashed India in the three-match ODI series. It was the first major Test series for India after almost a year and despite playing dominant cricket at home, Kohli and Co. looked unprepared for New Zealand's conditions. The last time, India suffered a loss in Test cricket was against Australia in Perth in December 2018.

1. Lack of ability to play swing

India batsmen have always struggled against quality swing bowlers and the way they batted in the first innings, the result was clear in many cricket fans and pundits mind. New Zealand got a huge boost in the game with Trent Boult's return. On Day 1, New Zealand won the toss and did the smart thing to bowl first in windy conditions. With high-speed wind, Kiwi bowlers made the most of it against inexperienced Indian openers. Prithvi Shaw was exposed by Tim Southee with an outswinger, on the other hand, Mayank Agarwal couldn't control the ball as he was caught on the boundary rope. The trouble didn't end there as two big guns - Cheteshwar Pujara and Virat Kohli were trapped by debutant Kylie Jamieson. Pujara was dismissed on a beautiful outswinger by the lanky pacer as he set him up brilliantly with a mix of out and inswingers.  On the other hand, Jamieson picked Kohli's weak spot as bowled him outside off and Kohli wasn't able to handle it as he edged the ball to Ross Taylor in the slip. 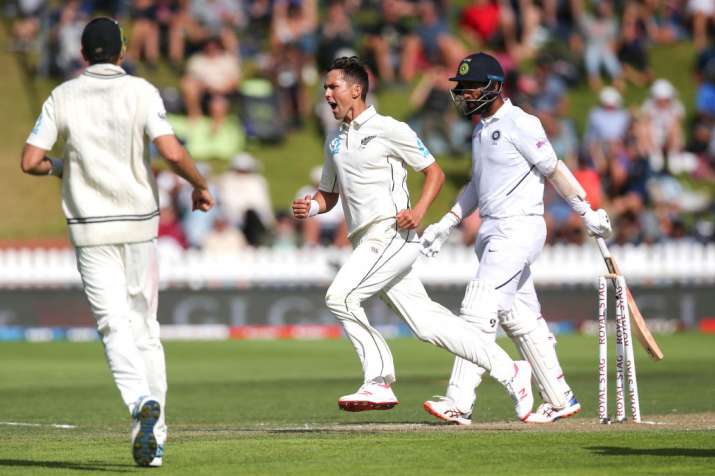 The biggest drawback from the Indian bowling attack was their struggle against Kiwi tailenders. New Zealand were 226/7 at one stage in the game as the batting collapse was on the cards but then came Collin de Grandhomme, Kylie Jamieson and Trent Boult, who scored 43,44 and 38 respectively to take Kiwis to 348. The lead of 183 runs was too much for India and the Kiwi tailenders made India pace attack minnows in front of them.

Skipper Kohli is going through a rough patch in right now in international cricket and has not scored a century in last 20 innings and the overdependence on him is constantly hurting the team. Kohli and Pujara are the two big guns of India in the red-ball cricket as whenever India travell abroad, the responsibility of winning matches ride on their shoulders.

In both the innings, Pujara and Kohli were far from their best as they both looked a bit uncomfortable against swing bowlers. But other Indian batsmen didn't stand up to the challenge. Kohli's deputy Rahane got off to a good start in both the innings but he wasn't able to make it count. He scored 46 and 29 in Wellington. The same things go for opener Mayank Agarwal as he looked confident with his strokes but wasn't able to handle his temperament in both the innings. Hanuma Vihari was the other batter, who disappointed in the game. 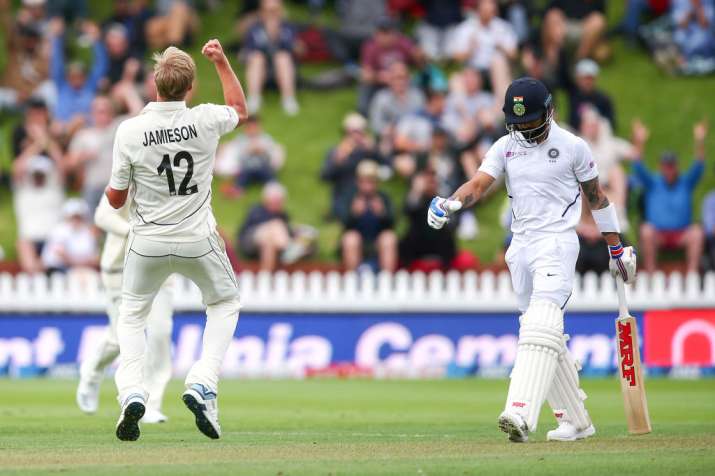 Kohli's tactics and approach during New Zealand innings were quite questionable. Kohli gave the new ball to off-spinner Ravichandran Ashwin during Kiwi's mid-inning. The new red cherry in overseas conditions is a reward for pacers and Kohli snatch it from them in Wellington.

India batting legend VVS Laxman also pointed out the same flaw in Kohli's captaincy as during commentary he said "I feel that the field settings by Virat Kohli were not right for the situation, especially with the new ball. Because when you are playing in overseas conditions, the new ball has a massive impact. In four overs he brought on Ravichandran Ashwin, I mean you have 3 quality fast bowlers you expect them to bowl at the tail. Virat Kohli missed a trick and this can cost India the Test match."

India once again failed to wrap up the tail and ended up giving 123 runs for the last three wickets and that propelled New Zealand's lead past 180, which was the major reason for Kohli and Co. defeat in Wellington.