Happy Birthday Rahul Dravid: 'The Wall' that strengthens Indian cricket from the core

Rahul Dravid's contribution to Indian cricket has been second to none. From making a gritty Test debut at Lord's to winning a series as captain in England 11 years later, Rahul Sharad Dravid has been the pillar of Indian cricket and on Saturday, he turns 47 and is still going strong but now away from the hurly-burly and hustle.

Dravid's introduction to cricket was somehow overshadowed by Sourav Ganguly's 131 in 1996 but the 267-ball 95 and 363 minutes at the crease gave India an idea of the hardwork, graft and ability of a man, who just got better and better with time.

Born in Indore, Dravid's contribution has been immense for his state as well and a sold technique and sound Test game brought him to the international fold, where he scored a total of 24,208 runs from 509 international games across all the formats. The now 47-year-old also has 48 centuries to his name, out of which 36 came in red-ball cricket. 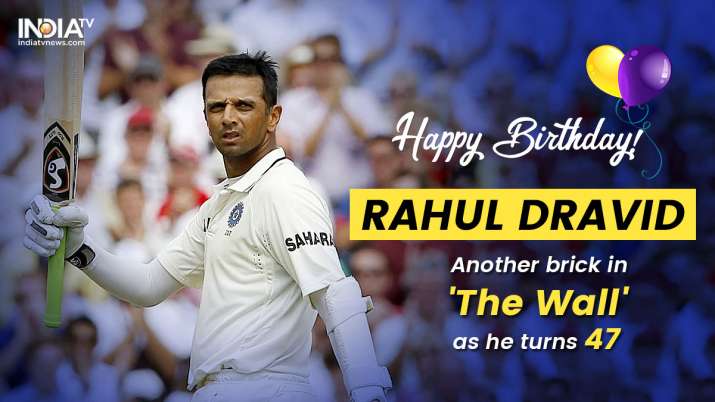 Another important contribution of 'Jammy' and something that is often not talked about when taking his name is his slip fielding. Dravid was a constant in India's slip cordon and in a day when players where not diving around and as fit as sprinters, Dravid's catching and fielding stood out. A selfless man, who also donned the gloves for the team, so that an extra batsman can be fitted in, Dravid finished with 336 catches overall with 210 of them coming in Tests -- which is the most by a fielder in whites. He is fourth in the list for overall catches behind Mahela Jayawardene (440), Ricky Ponting (364) and Jacques Kallis (338).

Dravid's record as a captain and leader however is perhaps the only thing he would feel hard done by. He has captained India in 79 ODIs, winning 42 and losing 33 of them and has a win per cent of 56. In Tests, he led India out in 25 games, winning 8, losing 6 and drawing 11 with a win per cent of just 32.

But, it seems, what he couldn't do with the captain's hat on, he is making up for it as a coach. Now the head coach of the National Cricket Academy -- India's feeder line of talent and as the former India U19 coach, Dravid's effect on the youngsters have been immaculate. 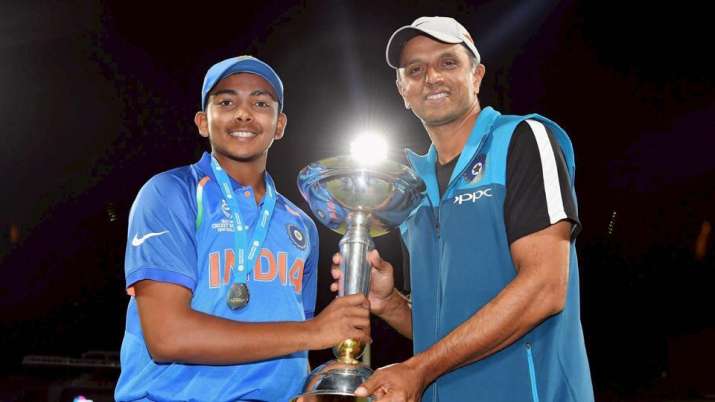 Since being appointed the India U19 and 'A' coach, he guided India to a World Cup final in 2016 and finally, India became champions in 2018 under the leadership of Pritvhi Shaw. The likes of Shubman Gill, Shaw himself and Riyan Parag have gone on to play regularly for India A and Indian Premier League as well.

The players coming in from the age group set up and India 'A' give us a picture of how Dravid has nurtured the talent and pushed them towards Virat Kohli's Team India. From Mayank Agarwal to Navdeep Saini, Shaw to Hanuma Vihari, everyone has attributed the 47-year-old for his role in their growth as a cricketer.

Mayank made an instant impact upon making his Test debut in Australia in the Boxing Day Test in 2018 and Vihari much like Dravid has shown graft and class whenever called upon.

"Playing under Dravid is good. We speak a lot to him about the game. He is there to help us and guide us. His advice has been very helpful. He has taught me to focus my mental energy," Agarwal said after his 77 in the Sydney Test.

"I called him [Dravid] the day before I made my debut and told him I was making my debut. He spoke to me for a couple of minutes and gave his inputs and I thought it eased my nerves a little bit because it's coming from a legend and you know that you belong here," Vihari, who made his Test debut in England said.

But, amidst all this, he remains a humble man and always ready to give back to Indian cricket.

"I am not trying to win the World Cup as a coach, but in developing these guys. Winning these Under-19 World Cups is not the be-all-and-end-all. I will be happier if some of these guys represent India," Dravid had said before his first U-19 World Cup assignment as a coach in India in 2016.

For Jammy, it is never about credit but the work done and betterment of Indian cricket and with every passing year, his dedication towards and impact on Indian cricket continues to be on the rise.